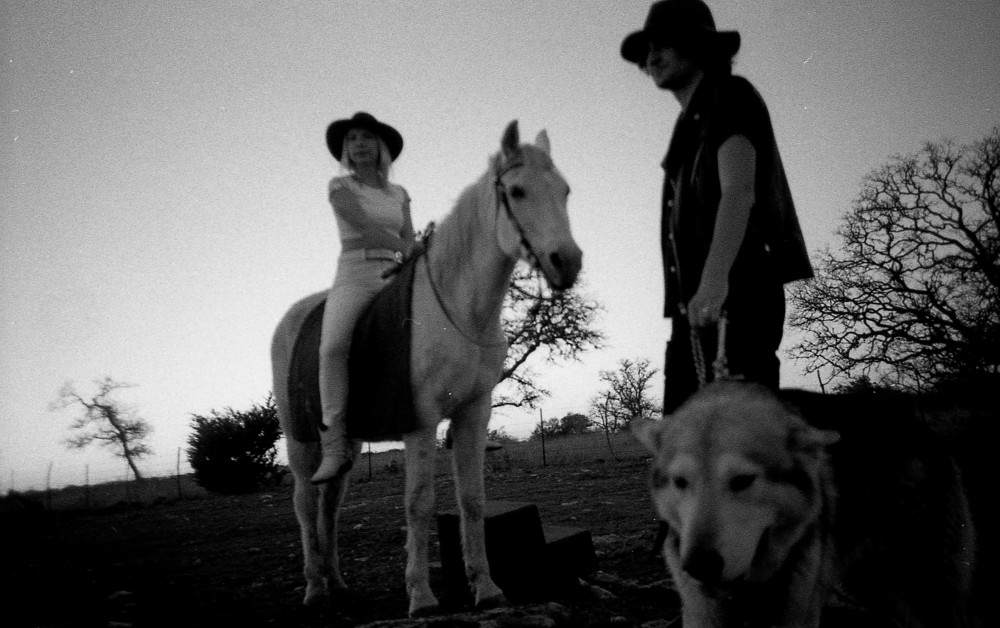 Dirty Water Records is pleased to announce the release of the newest songs from Austin, TX’s The Ghost Wolves.  "Let's Go To Mars" will be available Worldwide 7 February on 7” vinyl and digital.

Formed in 2010 and hardly taking time to sit since then, the Ghost Wolves create, record and tour at a dizzying clip. Blending rock n' roll, punk rock, garage and blues with electronic elements, the duo has earned a reputation as one of the hardest working bands in the modern rock n’ roll underground, touring internationally for almost 8 years straight, with nearly 1000 shows between them in 23+ countries including most of Western Europe, USA, U.K., and Japan. 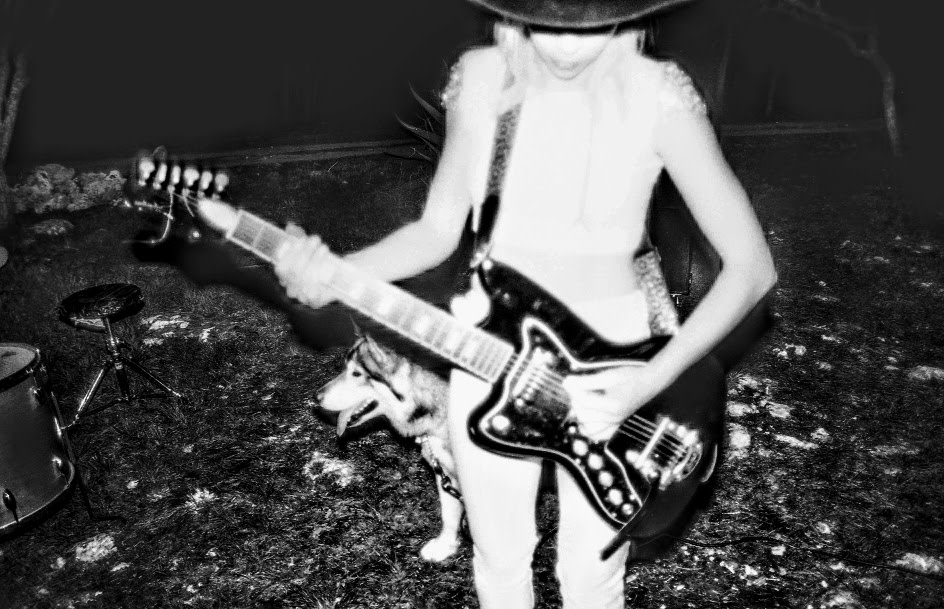 Carley and drummer Jonny Wolf, have been married for seven years. Rock n' roll is their genre, but the Austin, Texas-based duo explores a wider palette of sounds than just the guitar and drums. Jonny keeps an analog synthesizer and a tape delay box behind his kit, often reaching with a drum stick clenched in hand to smash the keys or spin a knob. Space rays, low rumbles, tape noise, and other unidentifiable noises roll over Carley's thunderous one-string guitar tones and helium-pitch vocal lines. She recently scored a gig as a cartoon character in a kid's show, playing the lead singer of a teenage punk band. "It was a dream come true." She remarks in her natural Betty Boop voice.

The Ghost Wolves'name comes from a family history on Carley's side. "I was raised with a pack of wolf hybrid and northern dogs on my parent's ranch in central Texas, in the hill country. We'd have a bunch at once, sometimes as many as 11 or 12. My dad is an animal whisperer kind of guy and would rescue them from bad situations because they don't make great pets for most people. But with a lot of love and room to run, they became members of our family." Carley remembers. "When we started the band, we would take some of them on tour with us. They're our mascots, security, merch sellers, and best friends on the road. And when they die, we really feel it, we miss them so much." 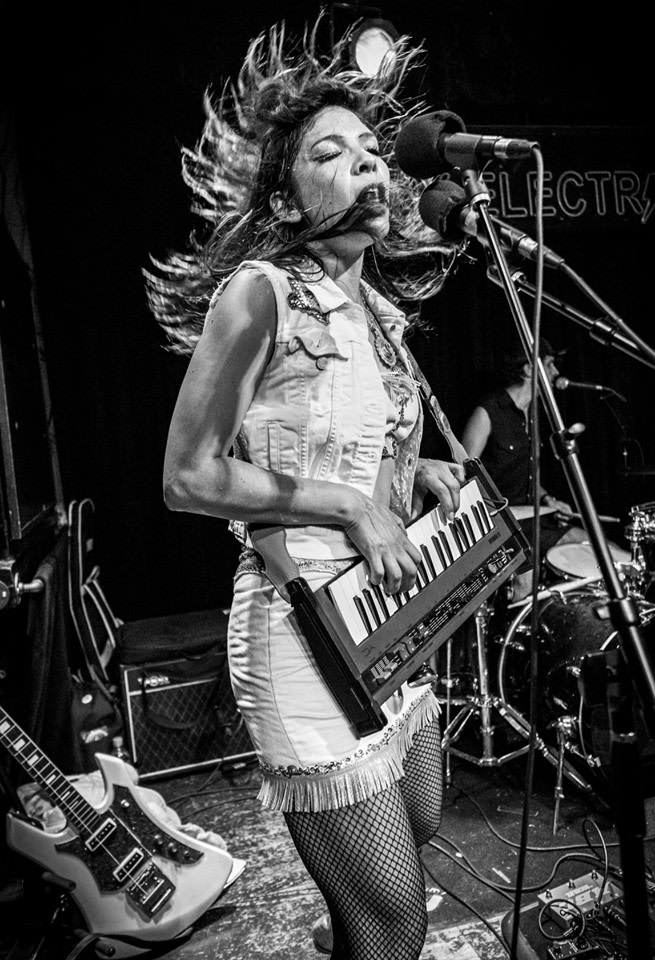 The duo has released two LPs and an EP so far on labels from Austin, Berlin, and Nashville. They've also toured the world since starting their band 8 years ago, playing nearly 1000 shows in 23 countries. The Ghost Wolves' recorded music has been featured in film and TV by HBO, ABC, CBS, Disney, Netflix, MTV, Showtime and Alamo Drafthouse. The duo's ongoing clothing collaboration with Tokyo fashion brand Hysteric Glamour, now entering its 6th season, is currently available at the company's brand stores throughout Asia and online.

Their most recent recording was made with engineer/producer John Michael Schoepf (bassist for Ray Wylie Hubbard / Night Glitter) in his Austin living room studio. "We were working on 1/2 inch tape and an 8 track Tascam recorder from the 1970s. We made a point of having no computers or screens in the studio for maximum clarity and focus," Jonny tells us. "We didn't want distractions. For us, it was just hanging out with John Mike, who's one of our best friends in the world, having some beer and rolling tape into the night." At the Muddy Roots Festival in Belgium this summer, the sound system caught fire and blew up during The Ghost Wolves' set. Mid-show, smoke wafted from the speaker stacks and obscured the stage. "We kept playing." remembers Jonny Wolf "Until there wasn't sound anymore. Then Carley crowd surfed. There was almost a riot. It was incredible." 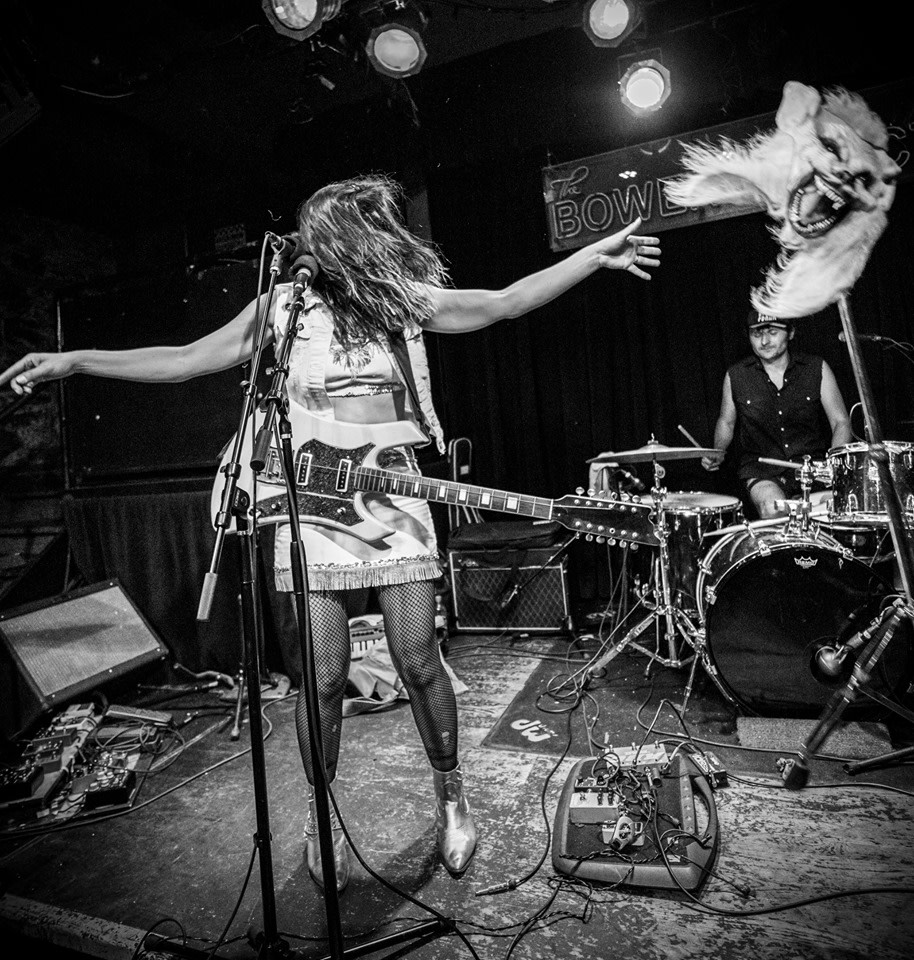 An uncontrolled fire, or an explosion, maybe the perfect way to describe the experience of seeing The Ghost Wolves play live. No two shows are alike, and the audience is as much a participatory body as they are paying guests of the band. Carley Wolf is constantly engaging them, urging them to sing and dance, turning her up amps louder, while Jonny hits the drums harder and harder, until all present enter a feverous trance and the walls of the club seem to be ready to come apart. "If we don't walk off stage drenched to our underwear in sweat, it was a bad gig," Jonny says. "That's how we gauge if we sucked or we did well. By our sweat levels." 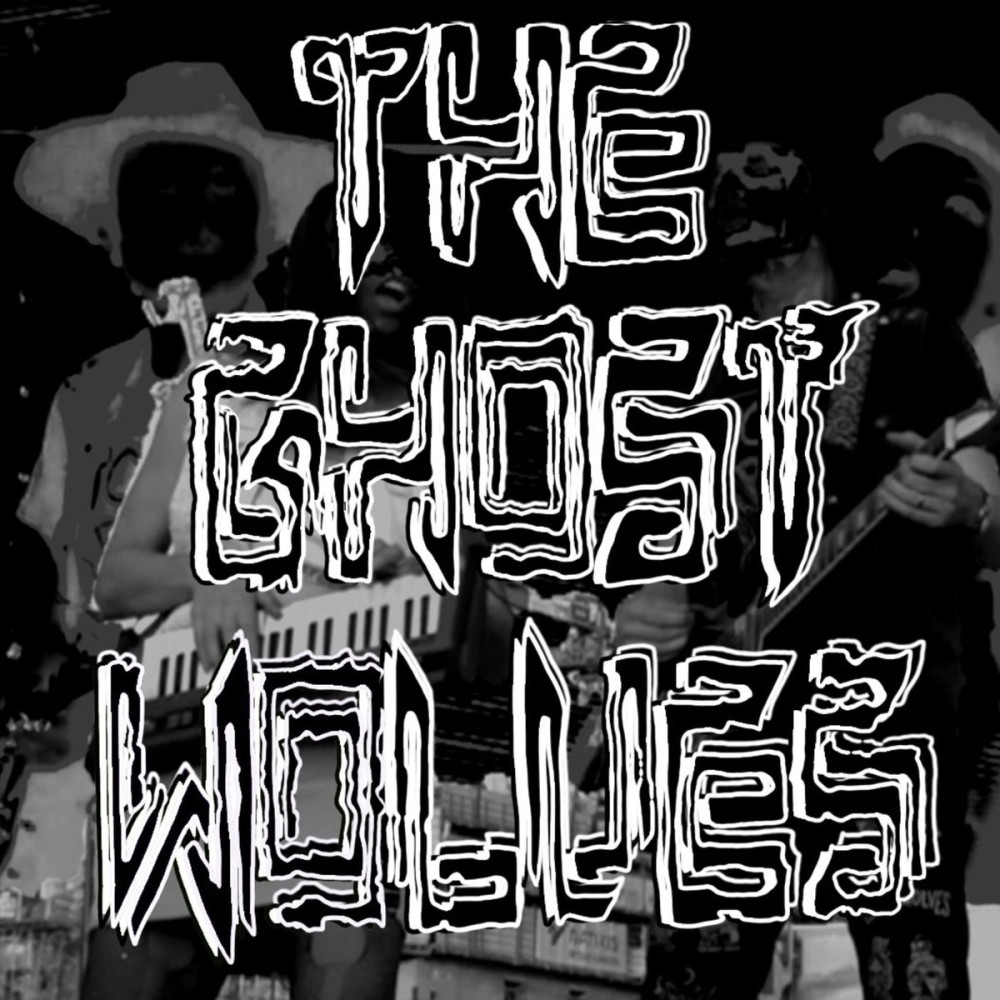 The band will kick-off a European Tour later this month after a grip of Texas dates to support the new single. Full tour dates below. 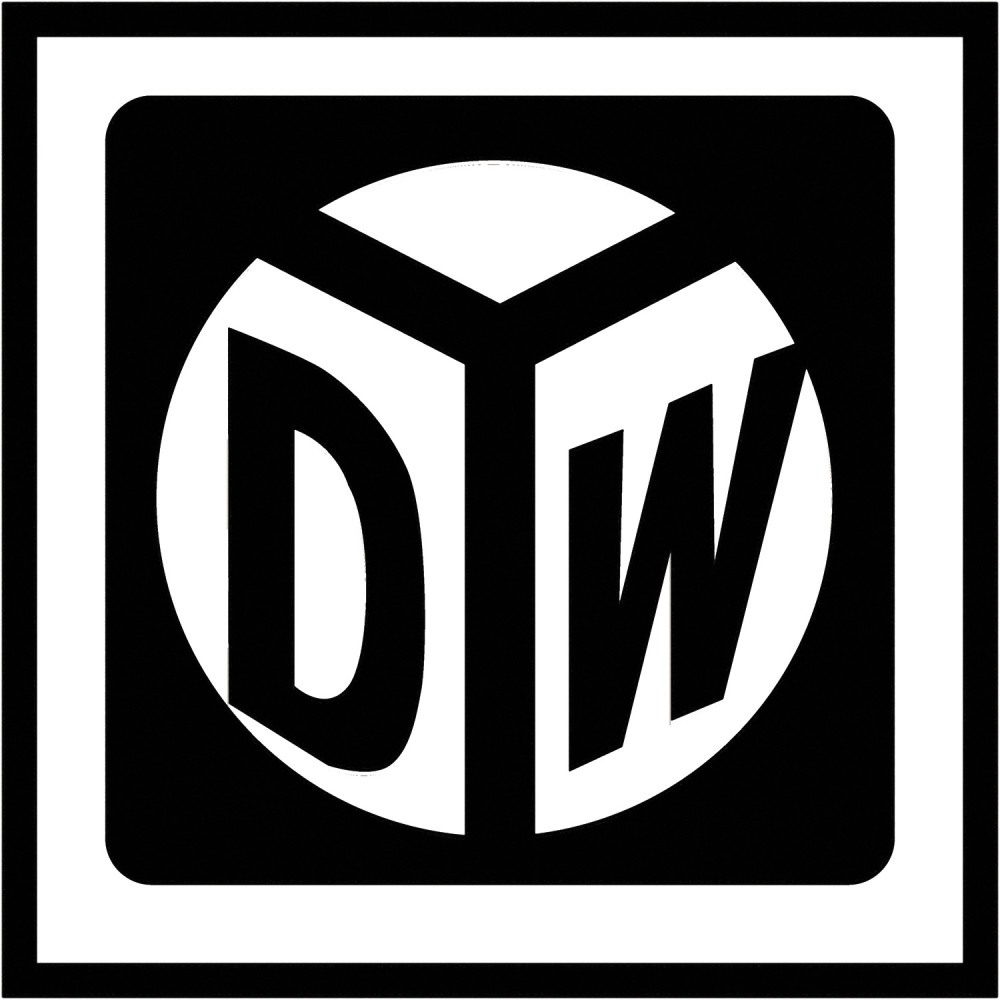 ‘My Baby Knows‘ is from the new Dirty Water comp titled – ahem – ‘The New Testament‘ and it’s a delectable serving of trashy pub rock and roll that’ll leave your ears ringing.

THE NEW TESTAMENT: International 'Punk 'n' Roll' Compilation with THE CAVEMEN, LES LULLIES, THE SCANERS, THE FADEAWAYS, NAVE NODRIZA and THE BLACK MAMBAS

Six of the hottest garage-punk bands around - Black Mambas (US), The Fadeaways (JP), Nave Nodriza (ES), The Cavemen (NZ), The Scaners (FR), and Les Lullies (FR) - have put together a brilliant compilation.

Thunder Bitch Action Weekend Festival has announced more bands to add to their 15th edition, and it’s really shaping up into one of the best rock ‘n’ roll weekends to kick off the festival season.

A searing, sinewy transmission, “Let’s Go To Mars” is a rough-and-tumble celebration and the blood-pumping new single from Austin’s The Ghost Wolves.