Detectives in Southampton have been investigating a series of robberies and burglaries committed against commercial premises that occurred between December 9 and December 20.

Today (Monday 7 January) officers have released CCTV images of those they are looking to identify as involved in the raids.

Those responsible are believed to be a group of three or four men who wear clothing similar to tracksuit bottoms, hoodies, hooded jackets and trainers. They always have their faces covered to hide their identity and carry crowbars and hammers to threaten staff. They also carry large builder’s bags or garden waste bags to fill up with cigarettes. 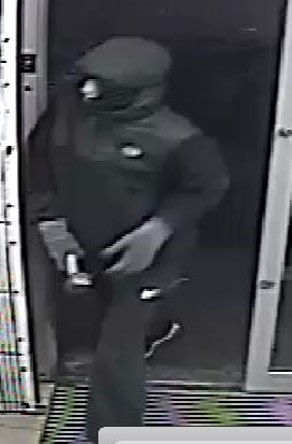 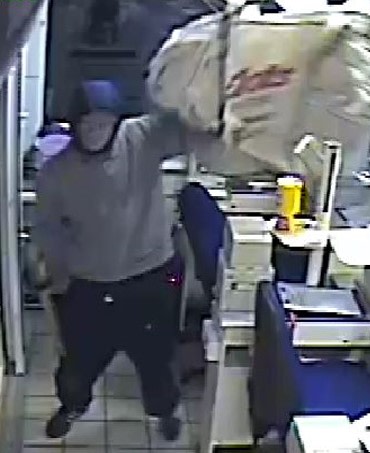 The van was used in various offences on different plates, including PF57PGY and MJ59UWU which had been stolen from other VW Transporter vans.

At 10pm on the Sunday 16 December an armed robbery occurred at the Sainsbury’s petrol station in Lordshill. Three men were reported to have threatened staff with hammers and crowbars and stole £1520 in cash and over £3500 worth of cigarettes.

At 6pm the same day a man driving a white VW van on registration MJ59UWU failed to pay for fuel at the Shell garage on Redbridge Road. 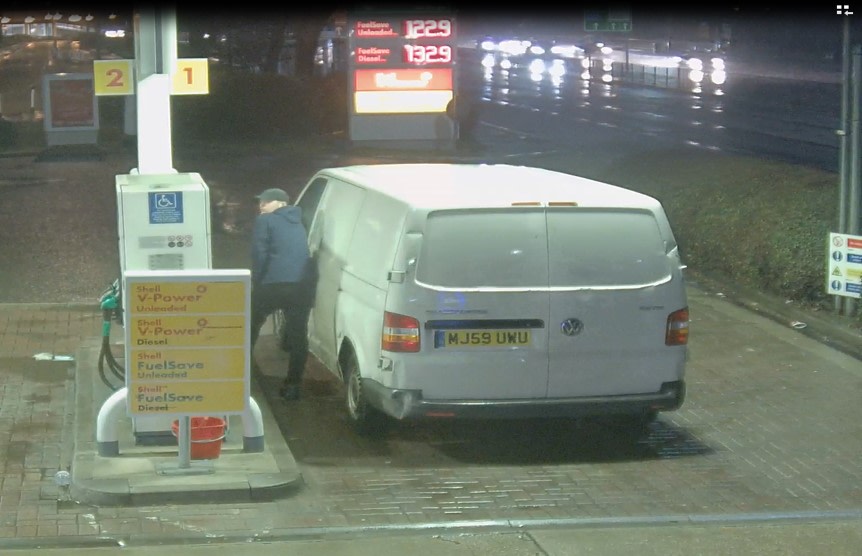 In the early hours of Monday 17 December an aggravated burglary took place at The Red Lion public house in Bitterne Precinct. Four people forced their way into the premises and threatened staff with crowbars. They got away with £1500 in cash. 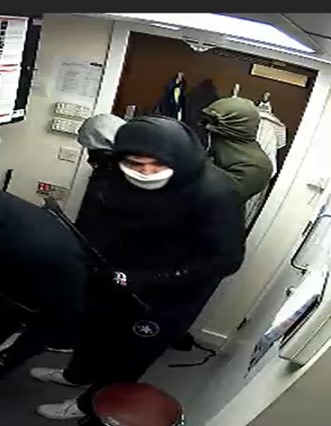 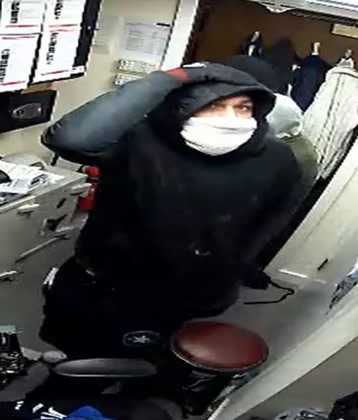 At 10pm that evening an attempt armed robbery took place at The Asian Food and Wine Shop on Church Street whereby three suspects armed with hammers forced the shop owners back into the shop at closing time. Due to the staff fighting back, the suspects left empty handed.

The stolen VW Transporter van was located and seized by police on December 20 however officers believe the group may now be using another vehicle.

Detective Constable Lisa Robins said: “We would like to hear from anyone who has information about these crimes and those responsible for committing them.

“We have released CCTV images of the suspects we would like to identify. We appreciate that in most cases their faces are covered, however someone may recognise their clothing or build, especially the man on the garage forecourt at 6pm on December 16 filing up the vehicle. You can clearly see his face, do you know him?

“Were you in the area of any of these crimes at the time? Do you remember seeing a group of men wearing tracksuits and face coverings acting suspiciously?

“Perhaps you remember seeing the white VW Transporter van using either registration PF57PGY or MJ59UWU around these dates. If so, we’d like to hear from you.”

Alternatively, people can call Crimestoppers on 0800 555 111, where information can be left anonymously.

We have since charged a man with robbery in relation to one of these incidents.

Ben Dwyer, aged 18, of no fixed abode has been charged with robbery.

The charge comes after the Sainsbury’s petrol station in Lordshill was subjected to an armed robbery on Sunday 16 December, 2018.

Dwyer appeared before Southampton Magistrates Court on January 16 where he was remanded in custody.

He is due to appear at Southampton Crown Court on the Feb 15.

Detectives continue to appeal for information regarding two other linked incidents on Monday 17 December. An aggravated burglary took place at The Red Lion public house in Bitterne Precinct and an attempt armed robbery that took place at The Asian Food and Wine Shop on Church Street.