A diesel laundering plant and illegal filling station, capable of evading £14.5 million in duty a year, have been dismantled by HM Revenue and Customs (HMRC) in the Darwen area of Lancashire.

HMRC officers, accompanied by Lancashire Constabulary, searched commercial premises and discovered the laundering plant yesterday (10 March). It is suspected up to 26 million litres of fuel per annum could be laundered to remove government markers, with the diesel then sold on to unsuspecting motorists as legitimate road fuel.

“Fuel laundering is a dangerous activity. We believe that fuel was stored, laundered and sold from this property without any safety precautions, endangering motorists buying fuel there.

“You may think buying illicit fuel is a bargain, but you have no idea what you’re getting, and you can be sure that you are lining the pockets of criminals. Each year £480 million is lost to fuel fraud in the UK, money that should be funding public services.

“We ask anyone with information about this type of activity to contact us on the Customs’ Hotline on 0800 59 5000.”

Two mixing tanks – each with a 71,000-litre capacity, 12,000 litres of suspected laundered fuel, a fork lift truck and other equipment were seized during the operation. Investigations are continuing.

“This joint investigation demonstrates how we work together with partner agencies such as HMRC to disrupt and dismantle criminal activity on this scale. Let me be clear, the laundering of red diesel is illegal and this type of activity can go further with those involved often being linked to other organised criminality. We will target those involved and need the public to work with us and ask them to report anything suspicious to us.” 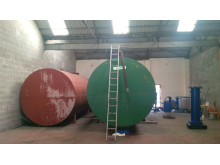 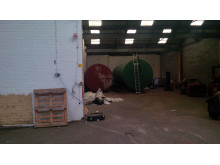 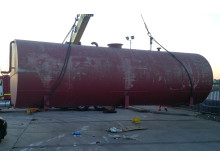 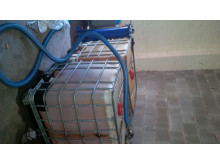