London will achieve nothing in its attempts to reduce serious youth violence unless it works more closely alongside young people warned Director of the Violence Reduction Unit Lib Peck last night.

Peck was speaking at the inaugural Connect Series event held by London Sport on Tuesday (9 July) which was attended by decision makers from across policy, local government and the sport sector.

The event was the first in a new series by London Sport looking at how to tackle some of the biggest issues facing the capital and the role which the physical activity and sport sector can play.

Peck said: “What we see is the power of sport to transform peoples’ lives. It’s everyone’s role to shape the society that they live in.

“We can aim to reduce violence, we can work hard to increase the feeling of safety, but we are not going to be able to achieve anything without working with young people.

“That’s what I have been trying to do, get out and meet Londoners. I feel extremely passionate about what we can do as Violence Reduction Unit, how we can use the mayor’s office better.”

Peck was followed up on stage at House of Sport by Justin Finlayson, founder of United Borders, who delivered a moving message around his own personal experiences of violence in the capital.

Finlayson founded United Borders after a 22-year-old neighbour was killed in front of his mother’s house while his own son, Rico, was stabbed multiple times before making a miraculous recovery.

Finlayson knows the importance of getting young people involved to tackle serious youth violence and highlighted the need to build safe spaces for them to bring their ideas forward. 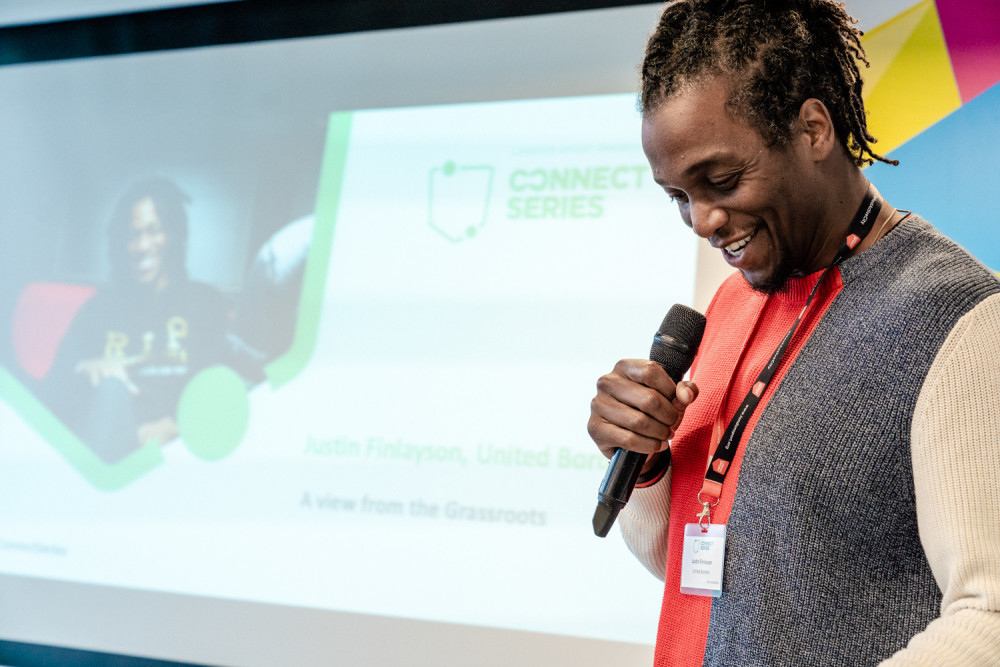 “Young people respond best when they have the willingness to express themselves. The first job for us is to create safe place to build trust, only through trust can you make changes,” he said.

“Sometimes, for a 14 or 16-year-old, it’s the first time they have trusted an adult, if we don’t build relationships we cannot make attitude shifts. Music and sport are powerful tools for this.

“I grew up learning that the most powerful thing a community could do was help each other. We also had a lot of access to numerous young services which came together across the borough.

“This allowed us to help us feel safe, break down barriers and it united us.”

The audience also heard from Rory Geoghegan from the Centre for Social Justice and put their questions to a panel discussion involving Snow Camp, Black Prince Trust and The Running Charity. 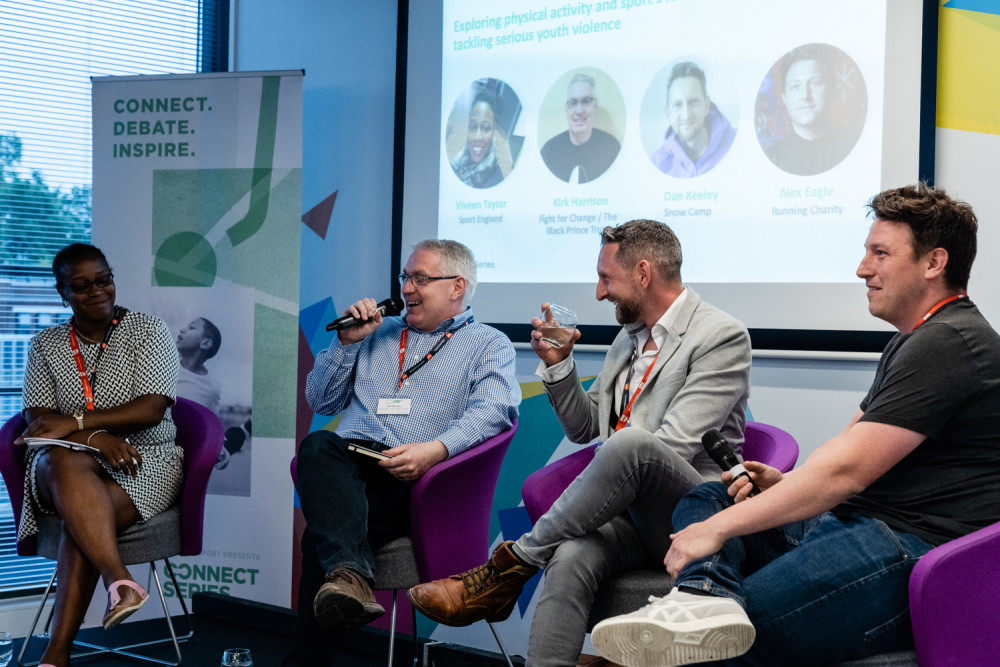 The discussion covered funding for sport-related projects as well as the necessity to collaborate to achieve joint objectives with the power of sport to positively impact lives shining through.

Viveen Taylor, who chaired the panel, leads on Sport England's work around Serious Youth Violence and noted how significant work is being done to ensure their investment reaches the right sporting projects and organisations.

The Connect Series will return in November as London Sport looks to create a community within the capital striving to tackle some of the biggest issues facing London.

Sign up here to be the first to learn more about future Connect Series events.

​A brand-new London Sport event series looking at the most pressing issues facing the key decision-makers in the capital will launch tomorrow to a sold-out audience. The first Connect Series event on Tuesday 9 July will focus on serious youth violence.

Active London returning in 2019 to explore innovation in physical activity

Active London, the largest annual conference dedicated wholly to the future of physical activity and sport in the nation’s capital, will return in September 2019 to explore the ways that innovation is changing physical activity across London.
Curated by London Sport, the strategic agency working to make London the most physically active city in the world, Active London 2019 will bring together

Housing, Health, Happiness? Laying the Foundations for London’s Physically Active Future will bring together experts from planning, property and sport to discuss how physical activity responds to the ever-changing needs of London.

Connect Series Round-Up: Working in partnership and the economic benefits of active developments

Physical activity should be part of developers’ thinking from the very outset of design, ensuring they tap into the expertise of the sector, the Connect Series audience heard on Tuesday (5 November).

Why we must avoid retro-fitting activity into built environment - again

Relationship Manager Matt Roebuck has done extensive work with urban sports in recent years and, in this blog, explains why the sector must work with developers now to ensure activity is front and centre of future plans for London.

London Sport aims to ensure more Londoners live happier, healthier lives through sport and physical activity. Supported by the Mayor of London and Sport England, our target is to get Londoners more physically active.