Just two days out from England’s crunch Six Nations match with Scotland – potentially a title decider – London Sport will be taking over at Twickenham Stadium.

And we’ll be drawing inspiration from our iconic surroundings on 14 March to create the ultimate Cup Final experience for community physical activity and sport throughout the London Sport Awards.

Ticket holders are encouraged to join London Sport for pre-match drinks at Twickenham Stadium prior to kick-off where small bites will be provided. Kick-off for The Final on 14 March will be 18.45 with the final whistle expected around 22.30.

Broadcaster and journalist Jessica Creighton will be the hosting The Final for the very first time.

Not one to be fazed by the big occasion, Jessica has interviewed Jessica Ennis-Hill at the Rio Olympics and broadcast from the Youth Olympic Games in China.

Jessica will be joined by Danny Bent who is founder of The World Relay. He is a Guinness World Record holder and was voted one of the 50 most inspirational people in London.

What kit will we be wearing?

The dress code for The Final is Black Tie and Trainers so grab your suit or best dress and match it up with your boldest pair of trainers. 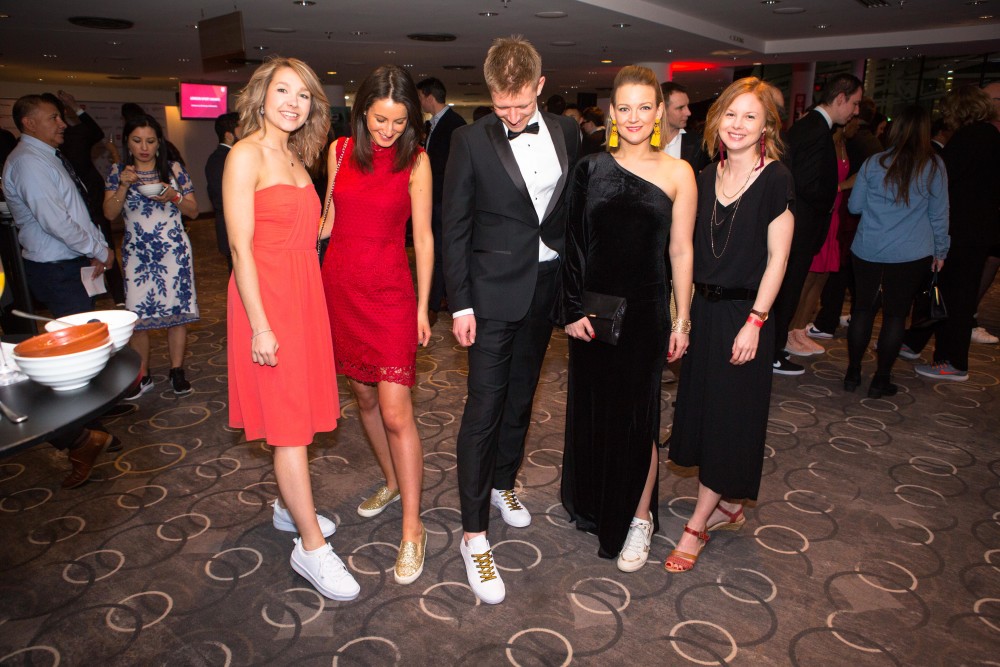 The Final is a special event, hence the opportunity to dress up, but we also want everyone to feel comfortable. The choice between full dinner jacket and bow tie or a nice suit and tie combo is completely up to you.

Route to the Final:

Nominations for the 2019 London Sport Awards opened before Christmas and by the time the window slammed shut in the New Year we had received more than 300 submissions.

Our ten judges then met at Twickenham to take on the tricky task of narrowing the huge number of high-quality nominations down to just three for each category.

The 24 shortlisted nominees were revealed in early February live on BBC Radio London and have had just over six weeks to wait for The Final where the winners will be announced for the very first time.

The best way to follow the London Sport Awards is to be there on the night.

The Final will be a huge celebration with fantastic guest speakers, money can’t buy prizes and, of course, the eight London Sport Awards will be going to some incredibly worthy winners.

If you can’t be there on the night, follow the action using the hashtag #LondonSportAwards on Twitter and see behind the scenes on our Instagram channel.

​The power of sport to change lives in London took the stage at Twickenham Stadium this evening (14 March 2019) as the London Sport Awards celebrated grassroots sport in the capital.

Groups and individuals working to strengthen physical activity and sport in all parts of the nation’s capital have been recognised this evening as the shortlists for the 2019 London Sport Awards are announced.

If you’re still thinking about whether or not to join the community sport sector for next week’s London Sport Awards, we’ve got five reasons why you should say ‘yes’.

Get ready to celebrate grassroots physical activity and sport: nominations for the London Sport Awards 2020 are now open

​Volunteers, physical activity projects and sport organisations from across London are being encouraged to put themselves forward for recognition at London’s biggest celebration of grassroots physical activity and sport, as nominations open for the London Sport Awards 2020.

A brand new face will lead proceedings at the London Sport Awards as broadcaster and journalist Jessica Creighton was named as host of the event today.

Law firm Fieldfisher have once again thrown their support behind the London Sport Awards, agreeing to become an Award category sponsor for a third time.

London’s commitment to grassroots sport has been given a fresh boost, with projects working across the capital well-represented in the annual Community Sport and Recreation Award shortlists.

My year as an intern at London Sport

Over the last ten months I have been the Marketing and Communications Intern at London Sport. With only a few months left of this fantastic internship I have looked back at some of my favourite projects and events from the year.
If you’re a university graduate, or a sandwich-year student, interested in joining London Sport, check out our current intern vacancies here.

London Sport aims to ensure more Londoners live happier, healthier lives through sport and physical activity. Supported by the Mayor of London and Sport England, our target is to get Londoners more physically active.