Motorcross racers from across the North East will come together at PJMX in Blyth at a Charity Practice Day on Saturday 24 June to raise vital funds for the Stroke Association.

The event has been organised by Graeme Parker, a 24-year-old plumber from Cramlington. Graeme was inspired to raise funds for the Stroke Association, after his father Tony survived three strokes.

Graeme said: “My dad’s first stroke in 2012 left him with no serious lasting effects, but his second in February 2016, severely affected his sight.

“In February this year whilst on holiday in Keswick, he had a major stroke which left him unable to communicate. My dad’s now lost the use of his right arm, has very limited movement in his right leg, and also had to have surgery to remove a large portion of his skull to ease the pressure on his brain. I believe we are very lucky to still have him with us. He’s now home after spending just over 14 weeks in hospital.” 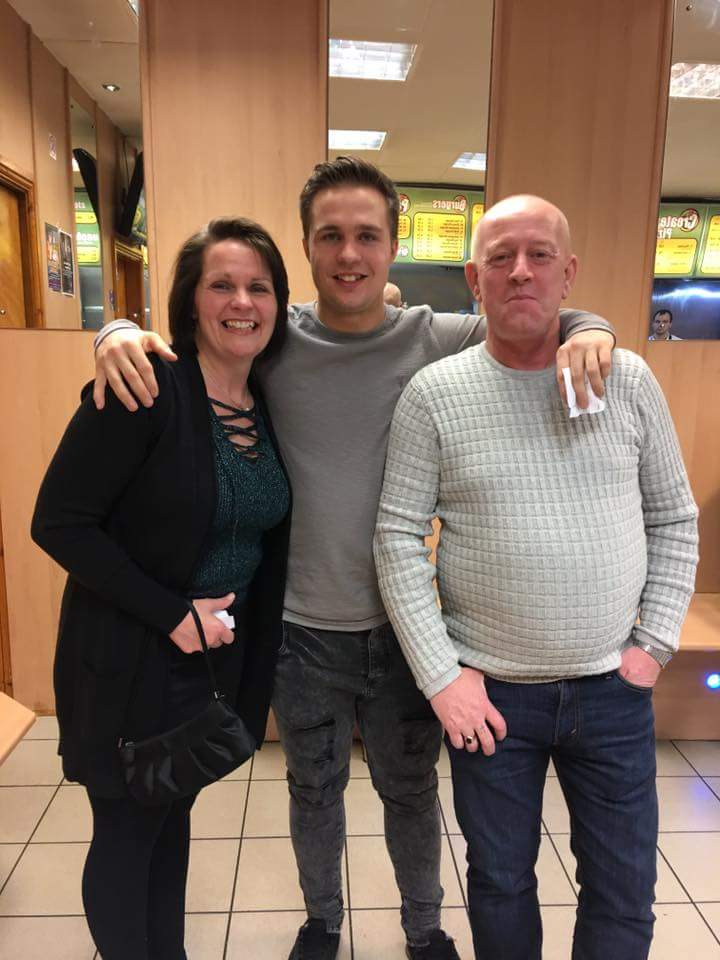 Graeme has organised the motorcross racing event in his dad’s honour, as he used to race motocross sidecars, travelling the length and breadth of the country.

Graeme continued: “I was lucky enough to even have a go with him a couple of years ago. My dad then gave up his hobby to support me racing solo motocross bikes from the age of six up until he had the third stroke in February this year. He would always be trackside giving me all the advice and support I needed. It’s been absolutely devastating for both of us that he couldn’t come to any of the championship meetings this year.

“It seemed fitting to hold a motocross-themed event for my dad and raise funds for the Stroke Association to help other stroke survivors and their families to get the support they need.”

Lauren Flint, Community and Events Fundraiser at the Stroke Association, said: “With around 100,000 strokes in the UK each year, it’s vital we have people like Graeme to help raise funds. We’re incredibly grateful to Graeme and his friends and family for organising the Motorcross Charity Day for the Stroke Association; the money raised will go a long way in helping to support others who are living with the effects of stroke, as well as their families and carers.”

To donate, visit http://www.justgiving.com/Graeme-ParkerMX47. For more information about stroke, contact the Helpline on 0303 30 33 100 or visit www.stroke.org.uk.

Clare Rooney, 36, from Litherland, is taking on the Southport 10k on Sunday 02 July, just over a year after she survived a life-changing stroke.

A 73-year-old grandfather from Sandbach has raised £4,000 for the Stroke Association by walking from Land’s End to John O’Groats over the course of nine months.

Hull stroke survivors have raised over £880 for the Stroke Association by taking part in the charity’s Conquer Stroke Duathlon in East Park, Holderness Road, Hull.

Artwork created by Sheffield stroke survivors will be the focus of a new exhibition at the Salvation Army Citadel, Psalter Lane in Sheffield, on Wednesday 28 June from 12:30pm - 3pm.

Nottingham fundraiser Dominic Bowen, 38, is inviting local residents to a Gangsters and Molls Charity Ball to celebrate the end of his year-long fundraising mission for the Stroke Association.

Carole Taylor, 49, from Barrowford, has organised a sponsored walk in memory of her mother who passed away from a stroke, raising more than £1,460 for the Stroke Association.

An 11-year-old schoolboy is preparing to cycle 200 miles to raise funds for the Stroke Association, after his grandad had a stroke.