Startling research unveiled today shows nearly half (45%) of people(i) who know a survivor of stroke personally admitting that they are struggling to support them to make their best possible recovery, according to new findings(ii) published today by the Stroke Association.

The research reveals that one important reason for the lack of stroke support for survivors stems from a lack of awareness of what stroke is and how it affects people. Shockingly, more than a quarter (27%) of the public(ii) don’t know where in the body a stroke occurs: the brain. For those that know a stroke survivor, a huge 82%(i) feel that a greater understanding of stroke would help them support the survivor better. All this, despite stroke being the country’s leading cause of disability.

The research(i) also found that of those who know someone personally who has had a stroke:

In a separate survey(iii) of stroke survivors, more than four out of five (85%) of stroke survivors said the people they had daily contact with did not understand the impact of the stroke. This ‘knowledge gap’ is preventing survivors getting the support they need from those closest to them, and stopping survivors from making the best possible recovery to rebuild their lives after stroke.

Sarah Gardner, 41, from Mountsorrel, Leicestershire, was only 34 when she had a stroke while at work. She suddenly dropped her cup of tea and turned to a colleague to ask for help - this would be the last time Sarah spoke for a month. Sarah said: “When I tell anyone that I had a stroke, even medical professionals, the reaction is always, ‘gosh you were young’. The doctor’s wanted to do a lumbar puncture on me as they suspected Meningitis more than a stroke, due to my age. That tells you all you need to know about awareness of stroke really, especially in younger people”

Sarah had to spend a month in hospital and was left with aphasia and severe weakness in her right hand side as a result of her stroke.

Sarah said: “Since my stroke, my whole life has changed, from being an independent woman to being dependant. I walk with a limp and I have dropped foot so my balance isn’t very good and I fall over a lot. My aphasia is a lot worse when I’m tired, so I struggle to talk or concentrate but the mental effect of my stroke has been the worst. Everything I was just crashed around my feet and I’ve had to rebuild my life from scratch.”

“However, I’ve always felt you have to push yourself forward and say, ‘I might have had a stroke but I’m still the same person.’ I’m proud of what I’ve achieved since my stroke and where I am today. A while after my stroke I got married and I was able to say my vowels without faltering – that’s an achievement”

The charity published its findings to mark the launch of its newest campaign, Rebuilding Lives, which aims to showcase the challenges faced by stroke survivors and those who support them with their recoveries. Other findings reveal the damaging effects that stroke can have on social networks and relationships:

Jacqui Cuthbert, Director of Central England at the Stroke Association, comments: “A stroke happens in the brain, the control centre for who we are and what we can do. The impact varies depending on which part of the brain is affected. It could be anything from wiping out your speech and physical abilities, to affecting your emotions and personality. So, it’s a real challenge for everyone as they come to grips with this sudden and life changing event. These findings highlight the complexity of stroke and raises the desperate need amongst people to understand the impact of stroke in order to better support their loved ones.

“There are over 1.2 million stroke survivors living in the UK – many of whom are reliant on their friends and family, from help with daily living to understanding their emotional and mental health needs.

“It doesn’t have to be this way. We’re urging those people who know someone who has had a stroke to help turn this around and fill this knowledge gap. Reach out to the Stroke Association for help, so that together we can support stroke survivors to rebuild their lives.”

For more information about what you can expect after a stroke, the Stroke Association has partnered with the Royal College of Physicians to produce a booklet accessible here: https://tinyurl.com/yyqj638z

For more information on the research, please contact: Ken Scott on 0115 7788429 or ken.scott@stroke.org.uk

Let the stroke survivor do things in their own time. If there’s something that’s frustrating you, explain the problem calmly and focus on what you can both do to make it better.

Don’t make things too complicated if the stroke survivor is finding it hard to concentrate or remember things. Help them in the right way: break tasks down into individual steps, give simple instructions, one at a time, rather than a list of things to do. Get to the point.

Practise exercises with the stroke survivor and think of ways to make them fun. Cooking a meal can be a good way to practise planning and problem-solving, for example. If progress is slow it can be easy to think that things will never get better, so help them by celebrating all their successes, however small.

If the survivor isn’t able to communicate in the same ways as before, then you’re going to need to learn new ways to do it too. Ask them what helps. Get involved with their speech and language therapy as much as you can. Many people with communication problems say they feel invisible because people forget that they have something to say or aren’t willing to put the effort in to find out. Make sure you include the person in activities and conversations. 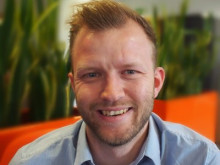 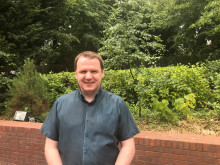 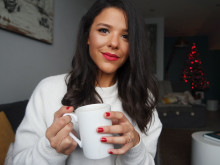 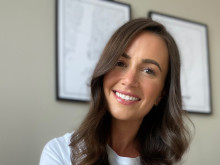 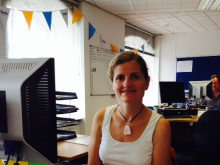 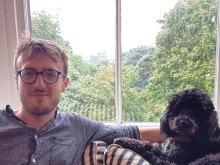 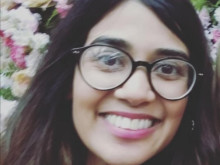 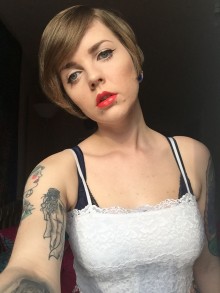