A stroke survivor from Southampton has received a Highly Commended Life After Stroke Award from the Stroke Association in recognition of her courage and determination.

Laura Herring, 28, had a stroke in June 2016, the day after her son was born. Laura spent three weeks in intensive care recovering from her stroke.

Laura said: “My recovery has been a physical and emotional battle. One that is still ongoing. For me, personally it’s the mental health issues caused by my brain damage I struggle with the most. However the love and support my Husband, Martin showed me when I was in hospital gave me the motivation to fight back. His continued support is priceless. I would be lost without him.

“People are often shocked to know I had a stroke aged 26. Our three sons are another vital reason I want to help raise awareness to others. Strokes can happen to anyone at any time. It turns your life inside out. It’s so vital people are educated on strokes and we gain as much support as we can.”

The Stroke Association’s Life After Stroke Award was presented to Laura at a ceremony at the Hilton hotel in Bournemouth on 17 January 2019. 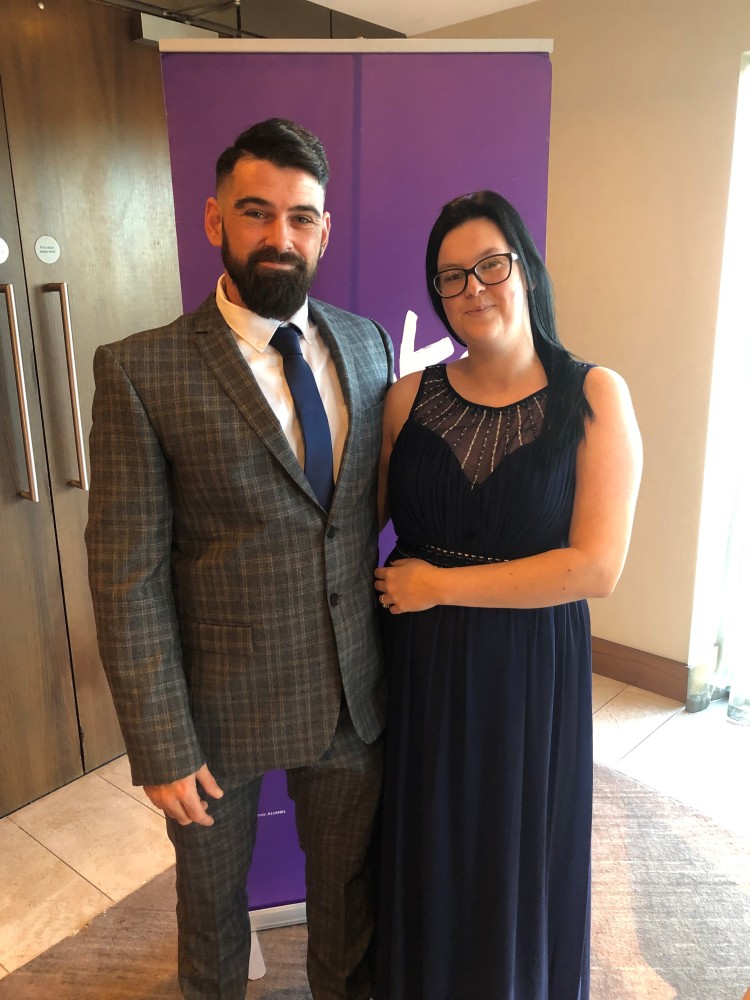 Laura was nominated for the Adult Courage Award by Tammy Angus, Regional Fundraiser for the Stroke Association. Tammy said: “Life has changed for Laura, yet despite all the challenges she has faced, her incredibly positive attitude and sheer determination has always shone through. She has shown such courage and bravery in making the best of her situation, while also sharing her experiences to help others. Laura set herself the huge challenge of taking on the Southampton 10K in April last year to support the charity. She is a true inspiration and makes a great impression on everyone she meets.”

The Stroke Association’s Life After Stroke Awards recognise the courage shown by stroke survivors and carers as well as the great work and commitment shown by health professionals, groups and supporter organisations.

To find out more about the Stroke Association’s Life After Stroke Awards, please visit www.stroke.org.uk/LASA.