The charity is releasing these new findings as part of its Hope After Stroke campaign to highlight the importance that hope plays in people’s recovery. A stroke is a devastating brain attack. It has a massive and sudden impact affecting people physically and emotionally. There is still a lot that is unknown about the brain or the way it recovers, however it can adapt and with the right support stroke survivors can go on to recover even years after their stroke.

More than 1,000 stroke survivors were surveyed. Other findings revealed:

The survey was carried out in August 2019 however, the charity fears the situation is likely to have worsened over lockdown.

Juliet Bouverie, Chief Executive of the Stroke Association said “It’s shocking that so many people are told that there is a time limit to their recovery. It can be demotivating and soul destroying, when we know evidence is to the contrary. It makes our job harder but even more important.

“We know that stroke survivors cling onto even the smallest glimmer of hope. This is what powers them on to achieve what many thought would be impossible. I’ve heard so many stories of remarkable people making recoveries even 20 years after their stroke. This survey was conducted before the pandemic and while shocking then, it’s likely to have become worse as people’s fears of coronavirus and not wanting to burden the NHS overtake their hopes. Hope is the bedrock to rebuilding lives.”

Sheila Brand, 60 from Guisborough, suffered a large bleed to the left side of her brain in 2015. A doctor at accident & emergency told her husband Dave that Sheila had only a 50 per cent chance of survival and she would be severely disabled if she did survive.

Sheila had an operation to remove the blood on her brain from the bleed which caused the stroke. She was initially unconscious and over a few days it became obvious that she couldn’t talk and was completely paralysed down her right-hand side.

After being in James Cook Hospital for a month Sheila was transferred to Redcar Primary Care Hospital for a further two months, where she underwent physiotherapy to help regain some of her movement. Once home she received lots of support from Occupational Therapists and the Recovering Independence Team.

Dave said: “We were advised that recovery was an individual process and it was not possible to predict how it would go. Sheila had to be taught how to dress herself, and do basic things for herself; it was like starting all over again. Now, Sheila has come a long way since her initial diagnosis, and is mobile again, although she has challenges with walking, especially on uneven surfaces. Sheila can also speak well but she does still struggle with names and finding the right words.” 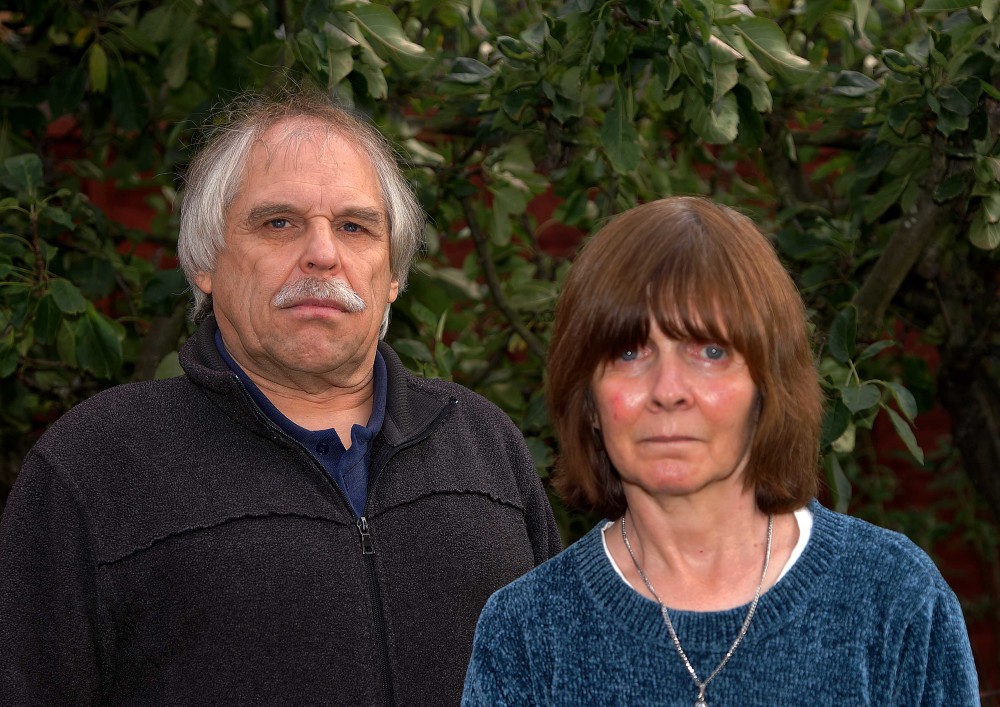 Sheila was supported by the Stroke Association’s Communication Support Service, to help build new communication skills and also to rebuild her confidence. Dave said: “We both really benefitted from the Stroke Association’s Communication Support Group. It’s so helpful to meet people with similar issues, and you no longer feel the odd one out. Initially Sheila was very conscious about her speech, but hearing people telling her how well she is doing has really helped to build her confidence.”

In fact, three years after her stroke, avid horse rider Sheila visited the Unicorn Centre, Hemlington, a horse-riding school which enables people with disabilities to enjoy riding. Sheila enjoyed lessons and even took part in a dressage competition.

Sheila said: “I’ve always owned and ridden horses it has always been a massive part of my life. After my stroke I always had hope that I’d get back to horse riding. I just couldn’t not do it.”

Sheila is also now a volunteer with the Stroke Association and takes great satisfaction helping other stroke survivors and sharing her own experiences.

Marion Walker MBE, Emeritus Professor of Stroke Rehabilitation at the University of Nottingham, said: “Stroke occurs in an instant, leaving stroke survivors and their loved ones shocked, bewildered and frightened about what the future may hold. Sadly, in many cases individuals will have suffered some physical and emotional impact from the stroke. The quickest recovery takes place in the days and weeks after a stroke. But recovery can continue for months and years after a stroke. Whilst it is important to be honest with stroke survivors, we need to ensure that we are presenting them with the facts to ensure they maximise their recovery. Despair may seem like a natural reaction to the stroke but it is so important that we as professionals work with our patients to show them that a meaningful and full life is possible. Keeping a positive attitude will most definitely enhance the recovery journey.

“All too often we hear of individuals being discharged from hospital into a vacuum of care, knowing little of the available services or how to access them. I know how much pressure our health care system is under with Covid-19, and that’s why it’s important that charities like the Stroke Association can be there for everyone affected by stroke.”

Juliet continues: “Rebuilding lives after stroke is a team effort. It takes the determination of stroke survivors and carers, the generosity of supporters and the dedication of the healthcare and research communities. We connect people affected by stroke with the stroke community so they can see the possibilities for recovery. People report that our support services have been a lifeline for their recovery. Whether it’s the Stroke Helpline, My Stroke Guide or our recently launched Here for You service, we’re determined to be there for the people who need us most.

“But we aren’t able to reach everyone who has been affected by stroke and even our current offering is under threat. The pandemic and local surges have put even more strain on how we can deliver against that aim and has impacted how we can generate income to continue to be there for stroke survivors and their families. We need everyone to get behind our campaign and help us raise not only awareness, but the vital funds. We can’t do it alone. You can volunteer, donate or fundraise for us. No one ever plans for a stroke but you can help ensure that we’ll be here when people need us most.”

For more information about stroke and the vital role hope plays in rebuilding lives visit www.stroke.org.uk/hope