Sunderland woman has received a Highly Commended Life After Stroke Award from the Stroke Association, in recognition of her outstanding fundraising efforts for the charity.

Kimberley Jackson, 35, took on the challenge of a lifetime in June 2017 by climbing Mount Kilimanjaro, the world’s highest free standing mountain and 4th highest in the world, standing at a massive 19,341 ft.

Taking a total of eight days to climb, and with altitude sickness and temperatures as low as -20 to contend with, it was one the toughest challenges Kimberley has ever faced. Kimberley set out to raise £2,000 and raised over £4,100 with her Kilimanjaro Challenge.

Kimberley was inspired to take on the gruelling challenge for the Stroke Association, a charity close to her heart, after losing her father Alan to a stroke when he was just 41 years old. 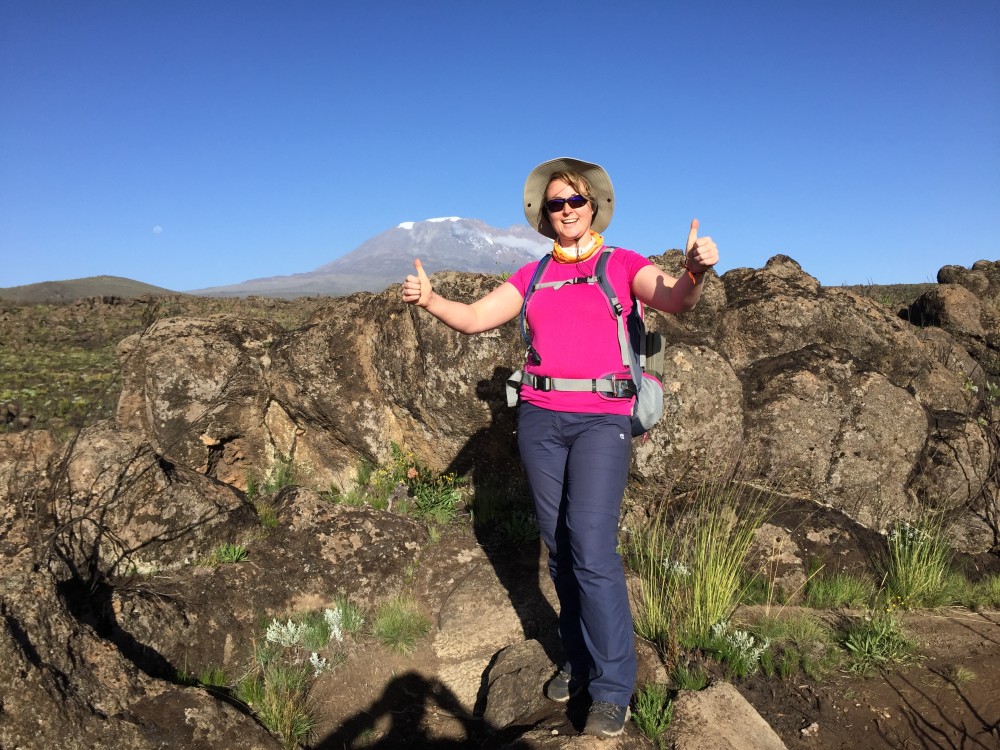 Kimberley was nominated for a Life After Stroke Award by Dave Shearer, Events Manager at the Stroke Association. Dave said: “Not only was it a fantastic personal adventure for Kimberley but she also saw it as a chance to do something really positive and raise funds for the Stroke Association. Having lost her father to a stroke at such a young age, stroke has certainly changed not only Kimberley's life but the rest of her family’s.

“Kimberley self-funded the trip to Kilimanjaro in order to ensure that the donations made by her friends, families and colleagues went to support the charity without having to cover the costs of the trip. It has been a real pleasure to support her with her fundraising plans. The superb amount raised will go a long way to support stroke survivors and their families as they adapt to a life after stroke.” 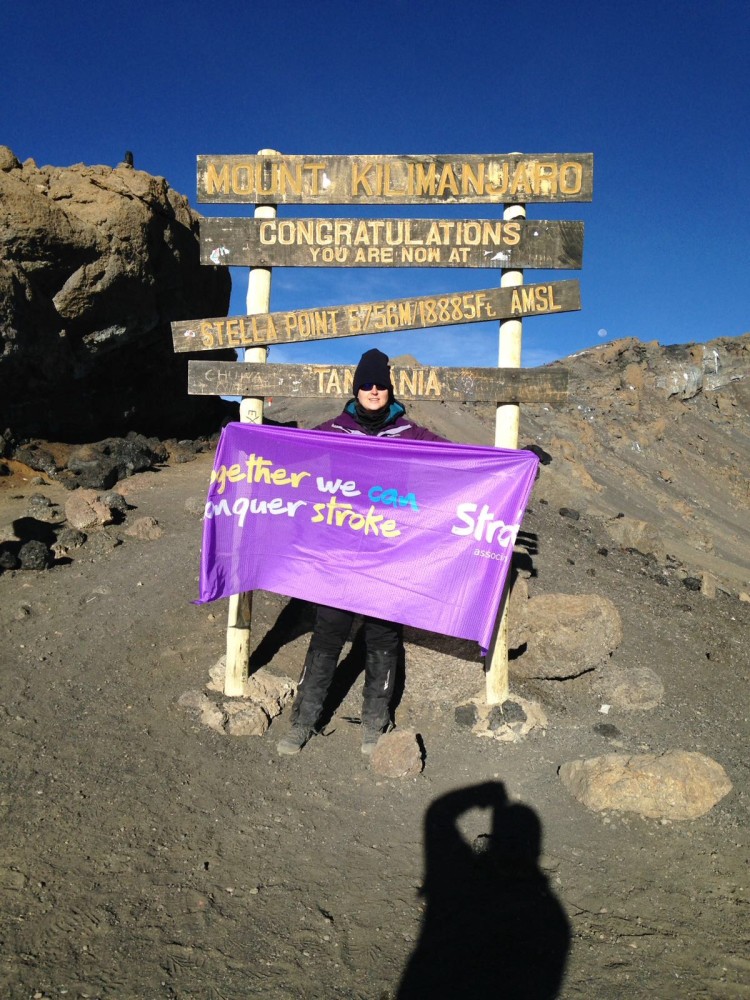 Kimberley received her Highly Commended certificate at a celebratory event at the Ramside Hall Hotel in Durham on Tuesday 15 January.

She said: “I was really surprised to be nominated, and so pleased. I’ve never done anything like this before. Our Centre Director, Andrew Bradley, decided to take on the challenge for his 50th birthday and when he mentioned it to me, I said sign me up! As part of the management team at Bridges Shopping Centre in Sunderland, I was able to organise raffles, tombolas and activities at work which was brilliant to help reach my fundraising target.

“During the climb itself, I really struggled with the altitude and freezing cold temperatures at night. But I was determined to make it and even though I had to crawl the last four hours, I made it to the top! It was one of the hardest but most rewarding things I’ve ever done.”

Chris Larkin, Director for the Stroke Association in the North, added: “A stroke happens in an instant and often changes lives forever. We were thrilled that so many local people across the North East were nominated to receive a Life After Stroke Award. Our regional event highlights the tremendous courage people have shown in rebuilding their lives after a stroke, or like Kimberley, helping others to do the same.”

The Stroke Association’s Life After Stroke Awards recognise the courage shown by stroke survivors and carers as well as the great work and commitment shown by health professionals, groups and supporter organisations. For more information visit www.stroke.org.uk/LASA

A young stroke survivor from Stockton-on-Tees has received a Highly Commended Life After Stroke Award from the Stroke Association, in recognition of her courage after a stroke at just three years old.

The Stroke Association in Preston is celebrating after being awarded a grant of National Lottery funding to launch a new project: Active Lives After Stroke in the area. The charity has been awarded £213,620 to support four projects across England.