​Survivors take a Step Out for Stroke in Middlesbrough

The Stroke Association is hosting a Step out for Stroke walk at Stewarts Park, Middlesbrough at 11am on Friday 02 June.

This family fundraising event is open to everyone, regardless of age or ability and the charity is calling on people to register now and take part alongside local stroke survivors and their families. The day will include lots of family-friendly activities including a tombola and blood pressure testing etc.

Among those taking part is 29 year old stroke survivor Joe Bowes, from Middlesbrough. Joe had a stroke in April 2014, but because of his age he doubted he was having a stroke. He was at home with his wife Michaela when he temporarily lost his sight after getting up in the morning, which developed into an overwhelming pain in his head.

He said: “I’d seen the FAST adverts on TV and immediately I thought ‘I’m having a stroke’ but then doubt set in. I tried to get out of bed and couldn’t move my right leg, so we called 999.” 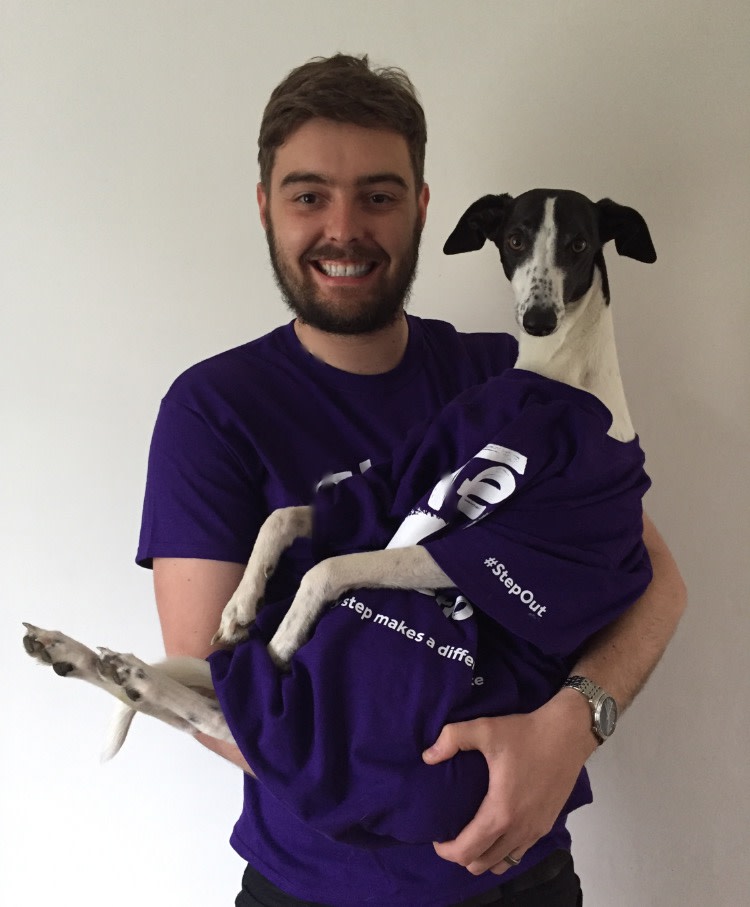 Despite describing his symptoms, the emergency call handler decided Joe didn’t need an ambulance and they made their own way to hospital, where he was quickly transferred to the high dependency unit. After multiple brain scans, he was informed that he’d had a major haemorrhagic stroke caused by an Arterial Venous Malformation.

Following weeks in hospital, Joe started a course of physiotherapy which helped him to relearn to walk. Once Joe regained basic skills like walking, he was put on an intensive programme of relearning fine motor functions. He practiced writing, typing and picking objects up. Although these skills improved to a certain point, Joe is not quite as mobile as he was before the stroke.

He added: “From here nothing will improve. I’ve been left with a permanent right sided weakness in both limbs, which means that fatigue is a real issue and my right side tires and becomes ‘numb’ very easily.”

Joe is now planning to take part in the Step out for Stroke in Middlesbrough alongside his wife Michaela and other family members, to mark a milestone in his recovery.

He added: “When I saw a leaflet advertising the Step out for Stroke, I knew I wanted to take part and help raise funds for others who have been affected by stroke.”

Melanie McTominey and her husband Neil have also signed up to the event, after Neil had a stroke aged just 43, in October 2013. Melanie was at home with Neil, when his speech started slurring until he couldn’t speak at all. Fortunately Melanie recognised the signs of stroke and dialled 999 immediately.

Melanie said: “I was working in a school and we’d recently learnt the FAST test, so luckily I recognised the signs quickly. We were at hospital within 15 minutes and fortunately Neil has been able to make a good recovery. We count our blessings every day. This is the second time we’ve taken part in the Step out for Stroke, with the first being just after Neil had his stroke. Neil’s wearing a purple tutu on the day, so you won’t be able to miss us!” 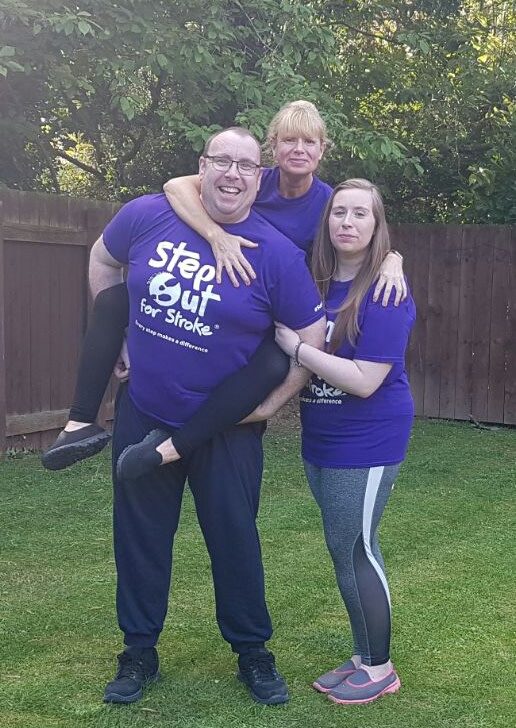 Kelly Knighting-Wykes, Community and Events Fundraising Manager at the Stroke Association, said: “We’re inviting the whole community to come to this fun day out and help us make it an event to remember. Our Step Out for Stroke events mark a milestone for many stroke survivors taking part, and it’s an event that the whole family will enjoy.

“We’re looking forward to seeing some truly inspirational people who will be taking their first steps since their stroke. Everyone taking part will be joined by hundreds of people across the UK who are walking to raise vital funds for everyone affected by stroke.”

To find out more about Step Out for Stroke visit www.stroke.org.uk/stepout

Uttoxeter Heart of Oak Morris Men have backed the Stroke Association’s national awareness-raising month, Make May Purple, by performing with purple hankies to show their support on Thursday 11 May.

A Wakefield support group is calling out for new volunteers to join them and help local people with aphasia on the road to recovery.

Rebecca Hanson, 33 from Shipley, is taking on a 5km run every day throughout May, to help raise vital funds for the Stroke Association’s work funding vital research and supporting stroke survivors.

Halton stroke survivors get creative for Make May Purple

​Halton stroke survivors have been getting creative during Make May Purple with a range of purple flower sculptures to celebrate the Stroke Association’s national awareness month.

​Stroke survivors tee off in Blackburn

The Stroke Association in Blackburn has teamed up with England Golf to provide golf courses for stroke survivors in the area.

​Stroke Association set to Make May Purple in Sheffield

The Stroke Association will take over the Sheffield Winter Garden on Tuesday 23 May, to Make May Purple for stroke.

​Survivors take a Step Out for Stroke in Crewe

The Stroke Association is hosting a Step out for Stroke walk at Queens Park, Crewe, at 2pm on Sunday 11 June.