Tuning, motorsports, custom cars - if any of these words tingle your senses you are most likely already aware that the Tokyo Auto Salon is the mecca for the Japanese aftermarket scene. With the annual spectacle growing not only size but also audaciousness, Toyo Tires does not want to be outdone - and has prepared a special schedule featuring some of the biggest names in racing to highlight this year's booth experience. Numerous events are on tap, including demo runs as well as special talk sessions by the stars in addition to all the madness Toyo Tires is known for the Salon.

The headliners are Ken Block and BJ Baldwin, who, if you are into motorsports and have access to YouTube, need no introduction. Between the two of them, they are not only responsible for millions of views on their extraordinary videos, but are simultaneously two of the most successful racers in their respective sports.

Ken Block has been extremely active in events like the World Rally Championship (WRC), X-GAMES, but he is perhaps most famous in the racing scene for his YouTube activities. The “Gymkhana” video series featuring Ken’s amazing drifts has been viewed over 400 million times by excited fans all over the world. The latest entry, “Climbkhana”, was released September 2017 and shows the 1,400-horsepower Mustang “Hoonicorn II” powering up Pikes Peak, Colorado while drifting literally on the edge - of cliffs, that is. The video has been viewed over 9 million times in less than 3 months.

BJ Baldwin remains the only driver who has won the BAJA1000, the world’s toughest off-road race, for two years in a row without a second driver and has cemented his place in off-road racing history. Among his other achievements include 7 off-road racing championships, 3 SCORE International championships, 1 BAJA500 victory as well as a Dakar Rally class championship. The 4 th installmemnt of his popular “Recoil” came out in May 2017 and is simply astonishing, showing him whipping his 3-ton trophy truck through the streets of Havana, pulling of various stunts – including a 50m-plus jump.

Of course, it would not be the Auto Salon without some amazing cars on display. Here too, Toyo Tires will satisfy your appetites by bringing along a host of tuned-up machines, including the cars of the headliners - Ken Blocks’s Hoonicorn V2 and BJ Baldwins’s Toyota Tundra Trophy Truck. 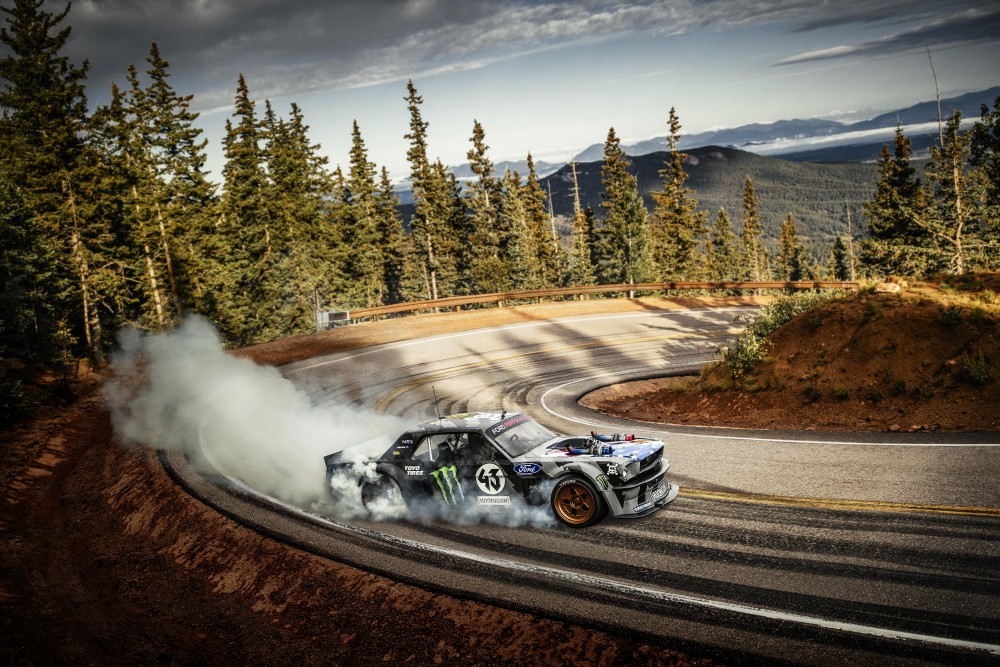 The Hoonicorn V2 is an extensively modified drift machine based on the legendary 1965 Ford Mustang. Mounting the same 6.7-liter V8 engine as the first Hoonicorn version, this car is an absolute monster, boasting a radical tune-up using special twin turbochargers fueled by methanol, capable of delivering a terrifying 1,400 horsepower output! Hoonicorn V2 will be shown in Japan for the first time and is an absolute must-see at this years Auto Salon. 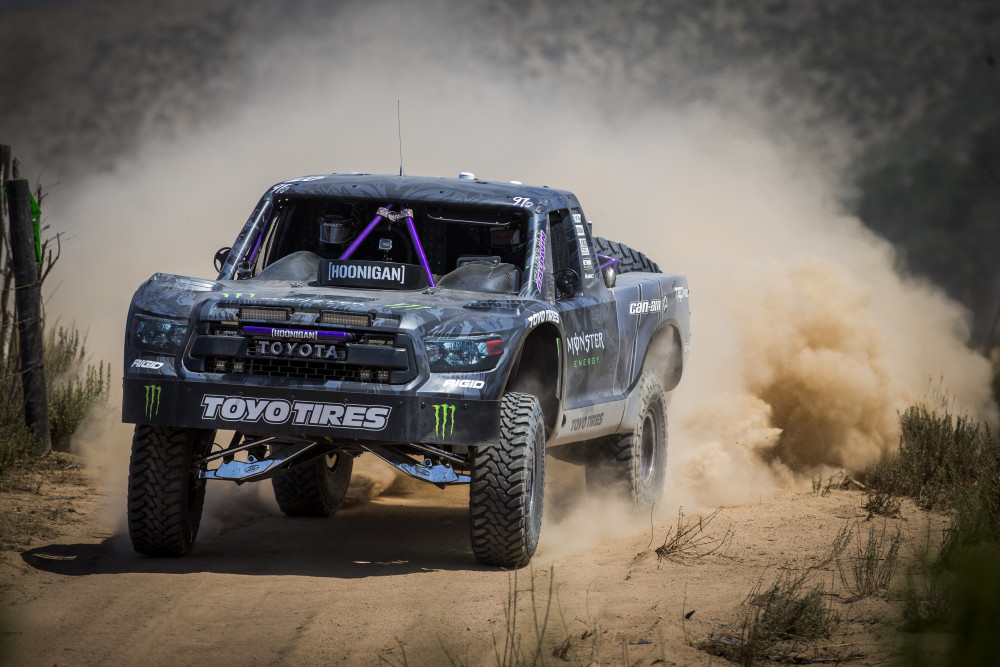 BJ Baldwin’s Toyota Tundra Trophy Truck is a custom trophy truck based on a 2016 Toyota Tundra TRD Pro. Able to compete in the BAJA1000, known as one of the world’s most punishing competitions, the truck’s monster suspension allows it to tackle winding roads around cliffs, scree, and desert surfaces. In the popular “Recoil4” video, this tough machine shows off an unbelievable 58m long jump while ripping through the streets in Havana, Cuba.

For more information as well as the exact details of the schedule come visit us on: http://www.toyo-rubber.co.jp/specials/TAS2018/english/


*: Exhibitors are asked to refrain from making loud noise in order for trade visitors and media to do their job smoothly.

Toyo Tire & Rubber Co., Ltd. (President: Takashi Shimizu) participated in the annual TOKYO AUTO SALON, which was being held from January 12 (Fri) to January 14 (Sun) at Makuhari Messe in Chiba City. The Tire manufacturer exhibited together with the tire brand NITTO.