Virgin Trains kicked off its Manchester Pride celebrations with one of the world’s first gay rugby clubs, Manchester Village Spartans, at Manchester Piccadilly station as the Pride festivities get underway this Bank Holiday weekend.

The gay and inclusive Rugby Team, which is celebrating its 20th year, joined Virgin Trains to welcome Virgin’s Ride with Pride Train, which is wrapped with the Pride colours, as it rode into Manchester for the LGBT+ festival – the last stop on the train operator’s #RideWithPride season.

Kitted out in their club’s Pride colours, the Manchester Village Spartans waved Pride flags as part of the party atmosphere to greet people onto the platform, before being presented with a rainbow birthday cake by Virgin Trains to mark their 20th Anniversary.

Revellers heading to Manchester Pride were entertained with karaoke, a quiz and colourful face paint and enjoyed tasters of rainbow biscuits and Pride cupcakes onboard the Pride train.

Over the weekend, Virgin Trains will be treating customers travelling to and from Manchester to brightly coloured Blackpool Rock and Pride cupcakes at the station.

People travelling to Pride are encouraged to share their journey using the hashtag #RideWithPride.

Victoria Whitehouse, Inclusion Lead at Virgin Trains, said: "We're really proud of our diverse workforce at Virgin Trains and we've had a fabulous time celebrating with our staff and customers throughout our Ride with Pride season across our west coast route this summer. Partying on the Pride Train to Manchester has been great fun and it was a treat to be greeted by Manchester Village Spartans to mark their 20th birthday and to kick off Pride weekend."

Christian Davis, Sponsorship and Fundraising Manager, Manchester Village Spartans Rugby Team, said: “We had a great time joining Virgin Trains for the Pride festivities and would like to thank them for the birthday cake and their support, as we mark our 20th year. We’ll be celebrating our 20th Anniversary with a fabulous Gala to say thank you to all of the players, supporters, rugby talent and allies from Manchester, LGBT and rugby communities, who have given so much to the club and helped grow Inclusive Rugby and LGBT participation in sport. We hope to raise money for the club to continue its success and provide an ever-growing safe and secure space for people to enjoy rugby regardless of age, body type, gender, religion or sexuality.”

The Manchester Village Spartans are the world’s second gay and inclusive rugby team outside of London. We started back in 1999 where a small group of gay men decided to start a union rugby team where there was no judgement or expectation just a safe place for gay men to express their love of rugby. Apart from the Kings Cross Stealers in London there was no other gay team to they played local teams. 20 years on and we are 140 members strong with three teams consisting of a first team who play in the north west league consisting of gay, bisexual and straight men and a second team who play in the newly formed international gay league where they play other gay teams up and down the country. We also have a touch rugby team which is open to everyone whether you’re male, female, transgender.

Thanks to the success of the UK gay and inclusive teams there are now over 100 gay rugby teams all around the world and we expect this to double in the next 20 years.

The Manchester Village Spartans celebrated their 20th Anniversary with a fabulous Gala at the Midland Hotel on 23rd August 2019, in Manchester, with over 300 guests from all LGBT+ backgrounds including special guests, Nick Heath and Chris Robshaw from the England Rugby Team. 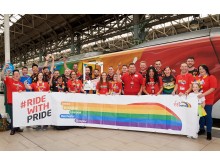 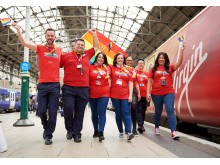 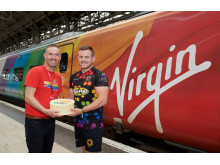 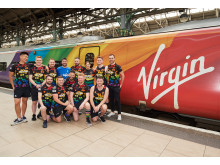 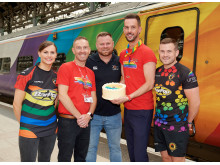 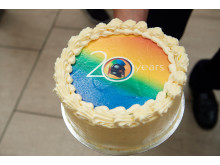