“It started on Christmas Day in 1994. Black water suddenly rose from the land, invading our homes and lives. They say it came from the depths inside the Loop. Whatever it was the Flood changed everything. Nothing would ever be the same again.”

Things from the Flood are here. Free League Publishing today announced that the sequel to the multiple award-winning Tales from the Loop RPG, based on the wondrous worlds of Simon Stålenhag, has been released today.

The Things from the Flood RPG thrusts the Tales universe into a grim alternate 1990s. Step into the shoes of a teenager growing up in a decade of change and disaster. Still, your life goes on as before. You go to school, fall miserably in love and try to fend of boredom. But when teens start to go missing, you and your friends decide to solve the mystery. Create new Teens or let your Kids from the Tales from the Loop RPG grow older. But remember - things are different now. This time you can die.

The game is available to buy at UK Games Expo this weekend. Free League can be found at stand 1-598 in Hall 1.

Watch the Things from the Flood trailer.

The critically acclaimed Tales from the Loop RPG, created by Free League Publishing, was released in 2017 and won no less than five Gold ENnies including Best Game and Product of the Year as well as three Golden Geek Awards including Best RPG.

If you want a digital or physical review copy – please email: pr@frialigan.se 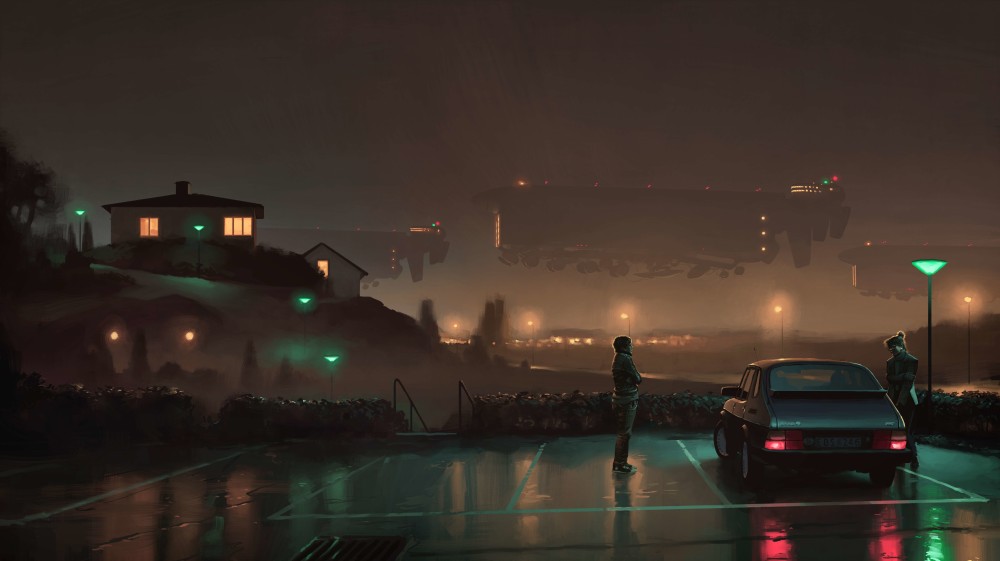