The Call of Cthulhu Illustrated by Baranger Released Today

Great Cthulhu has arisen. Today, François Baranger's massively illustrated edition of H.P. Lovecraft's iconic story The Call of Cthulhu was officially released by Free League Publishing, in partnership with Design Studio Press. A true classic of American horror literature, The Call of Cthulhu is tale of the weakness of the human mind when confronted by powers from beyond our world.

H.P. Lovecraft is a giant of horror literature and popular culture. Since the 1920s his short stories and novels has spellbound generations and influenced countless games, comics, novels, records and films. His short story The Call of Cthulhu, written in 1926 and first published in Weird Tales in 1928, is an absolute classic. Now, french artist François Baranger presents the ultimate illustrated version of the story. Baranger's The Call of Cthulhu is a 64-page hardback book in the huge 262X350mm folio format, bringing Lovecraft's horror to life with lavish, full-spread images.

The book is available at Free League Publishing and Design Studio Press, who distributes the title worldwide.

François Baranger is a multi-faceted artist and illustrator. He works primarily as a concept illustrator for films (Harry Potter, The Clash of the Titans, Beauty and the Beast) and computer games (Heavy Rain, Beyond: Two Souls). He has illustrated a number of book covers and written the two novels Dominium Mundi and The Domino Effect. Early on, Baranger was fascinated by Lovecrafts cosmic horror that explored the darkest corners of human imagination. After dreaming about an illustrated version of Lovecraft's works for years, Baranger finally decided to create his own vision of the Lovcraftian horror. He chose to interpret the most iconic story of them all, The Call of Cthulhu.

H.P. Lovecraft (1890-1937) is one of American literature's most influential authors. Although he achieved limited success during his lifetime, his reputation has grown over the years and he has been praised by among others Stephen King and Guillermo del Toro. Lovecraft's cosmic horror touched on themes such as humanity's inadequacy and the horror of the incomprehensible and indifferent universe surrounding us.His characteristic prose, heavy on adjectives, grand imagination, and his frantic storytelling technique have formed a school, and his legacy in popular culture is unprecedented. Along with Edgar Allen Poe, H.P. Lovecraft is undoubtedly one of the greatest horror writers of his time. 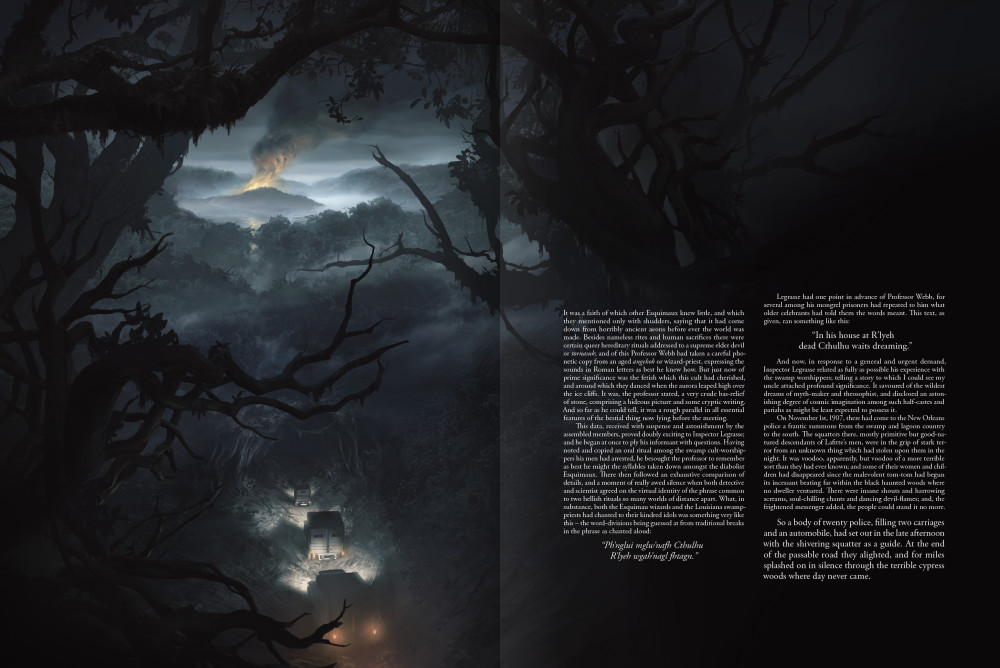 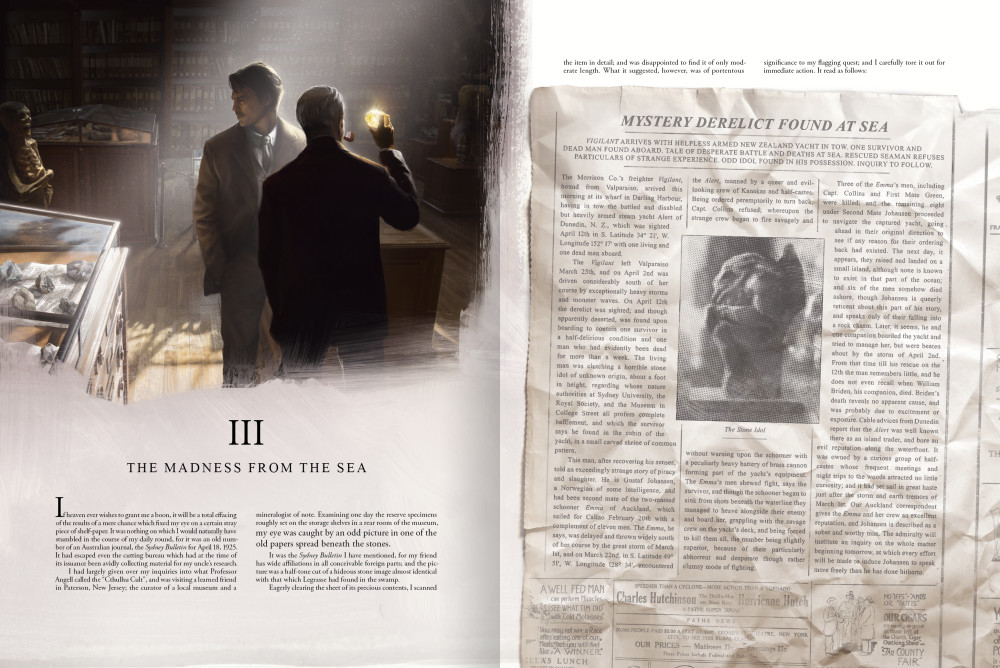 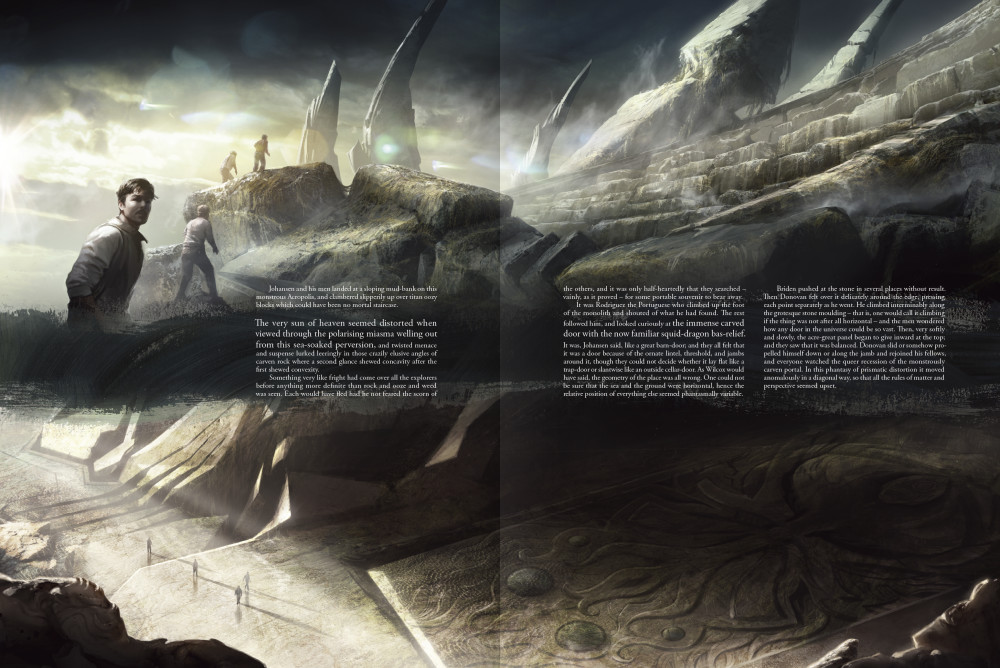