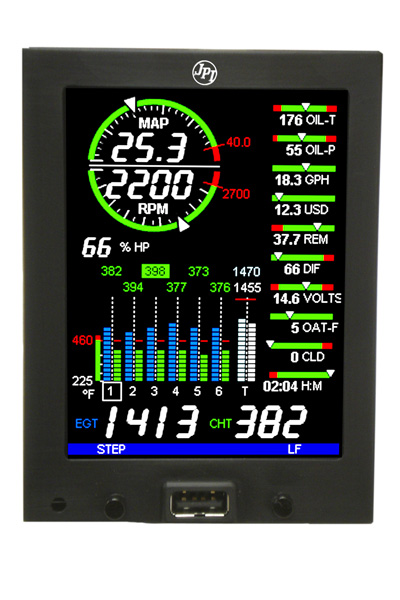 Even the Wright brothers plane had a couple of dials near their seat in the plane. If nothing else, they at least had to know how much fuel they had in the fuel tanks.

Without the presence of a working dial or two, as a pilot, you wouldn’t have the foggiest idea on what was happening in the engine compartment – let alone know where they were going. Today, thanks to aircraft engine monitors, the pilot is often aware of a major life-threatening aircraft engine malfunction before it even happens.

Are the cylinders over-heating? Is there a fuel line block? Is the magneto malfunctioning causing the voltage to fluctuate or drop? And so on and so forth. The aircraft engine monitors are similar in function to the monitors we see in a hospital – monitors that monitor the vital life signs of a patient. A single glance at the monitors and the doctor becomes fully aware of the patient’s life status. Ditto the aircraft pilot. Aircraft engine monitors and gauges supply the pilot(s) with visual data regarding the health of the aircraft engine and its current performance in real-time. Combine these with GPS and your pilots not only know the state of the engine, they also know their exact current geographic location.

Any engine has certain manufacture determined safety parameters within which it has to operate. Any deviation is a malfunction that could lead to a catastrophic failure.

These days, thanks to IC technology and AI software, aircraft engine monitors not only provide data, they actually watch over the aircraft engine and provide a visual or audio-visual warning to the pilots if and when any engine parameter is not within operating limits.

To further improve the functionality of the aircraft engine monitors, manufacturers such as J.P. Instruments amongst others, have gone a step ahead and inserted memory cards within the engine monitors. The memory card enables the maintenance crews to download engine data via convenient USB / serial ports. This data can not only be analysed by the maintenance crew, over time, they help keep a record of the engine performance.

Every part of the aircraft engine is vital which explains why some of the engine monitors and engine Digital Gauges include engine pressure and temperature gauges, RPM counter, fuel flow and fuel level gauges (one set per engine), air intake temperature and so forth.

Every part of the aircraft engine is monitored which also explains why the aircraft cockpit used to have so many dials and knobs crammed into every nook and corner of the cockpit. Today however, thanks to Aircraft Engine Monitors the aircraft cockpit looks more like a gamming room with just a few futuristic looking LCD/LED screens and a dozen dials.

These futuristic looking screens are called ‘EDMs’ - Engine Data Managers and they have replaced most of the monitors and gauges of earlier times.

JPI is a leading manufacturer of after-market gauges, EDM and sensors used in aircraft: https://www.jpinstruments.com

J.P.Instruments was founded in 1986 in Huntington Beach, California, USA. J.P. Instruments is leader in aircraft engine data management systems and has added a whole line of reliable and cost effective aircraft instrumentation to its name.