Although electric motors have been around since the first half of the 19th century, their function has largely remained unchanged. By converting electricity to mechanical energy they act as the muscles that power our machines and devices and give them the ability to spin and move. Accordingly, the bulk of the innovations that the technology has undergone since its inception have ultimately been aimed at improving its performance in this regard. But what if, in addition to these improvements, the very function of motors could evolve as well? What new possibilities would emerge if electric motors started acting not only like muscles, but also like the neurons in our brains or even like our vocal chords?

A year ago, at CES 2018, Nidec displayed a demo of three cooling fans powered by motors that communicate and collaborate to intelligently and dynamically share a workload. If one of the cooling fans were to experience a failure, for example, the other two would be able to increase their output to compensate and maintain an optimum cooling capacity. At this year’s CES, the company is showcasing even more advanced concepts that explore the untapped possibilities of communicative motors and other novel motor applications.

One example of such a concept is a small spherical device that combines a built-in motor with a wireless IoT module for two-way communication. The spheres can roll around using the motor while coordinating their orientations. Possible applications include smart temperature sensors for field use that can adjust their positions depending on various conditions such as the weather.

Another unconventional function that can be fulfilled by a motor is that of a speaker. Motors are generally associated with the actuation of machine parts, but some smaller variants are also used in IT devices and touch panels to generate vibrations. Since sound is nothing but vibrations propagating through air, it is thus possible to create a motor that functions as a speaker by generating vibrating sound waves. The benefits of such a device can be seen in Nidec’s speaker-motor displayed at CES 2019 which is smaller and lighter than an equivalent normal speaker while also having the capability to generate both sound waves and vibration-based tactile sensations. 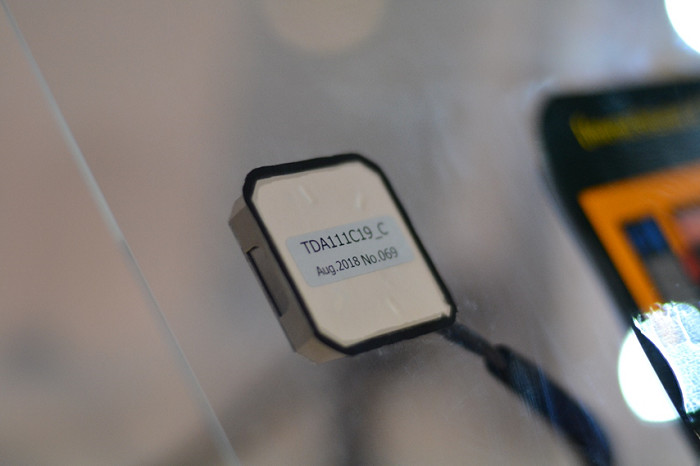 With robots being one of the major themes that are receiving attention at CES, Nidec also highlights the capabilities of its products designed for robotic use. For example, by combining its expertise in both motor and reduction gear technology, the company group has succeeded in integrating these two technologies into a drive unit for robots and powered exoskeletons to make it far more compact than would be possible if the motor and gears were optimized and installed separately. The product, displayed at the company’s booth, is remarkable for its flatness; normally the motor is thicker than the gearbox causing it to protrude and take up space, but Nidec’s super flat actuator, true to its name, has no such protrusions, making it ideal for use in powered exoskeletons that benefit from the added freedom provided by its compact and unrestrictive design. 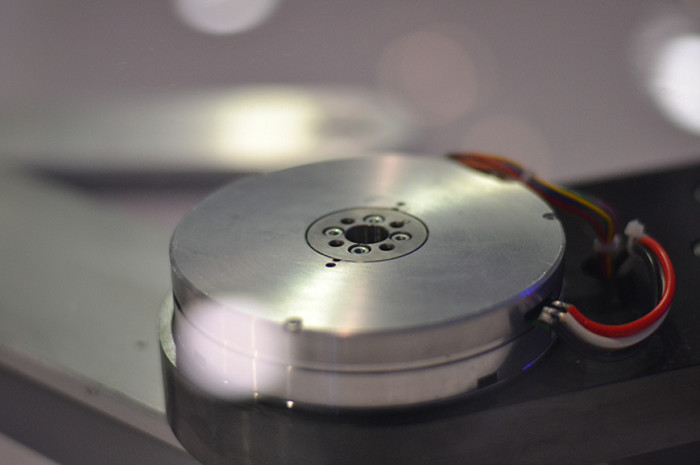 In addition to compact parts, robots also require motors with precisely controllable movements that ensure that they can carry out their tasks with precision. This role has traditionally been fulfilled by AC servomotors but these motors do not come without their disadvantages: among other things, AC servomotors usually require recalibration when used with different loads and they are also prone to a phenomenon called “hunting” that can sometimes make the motor move back and forth like a pendulum instead of snapping to the correct position. The full closed loop stepping motor system demonstrated at Nidec’s booth is designed to provide a different option that eliminates these disadvantages. 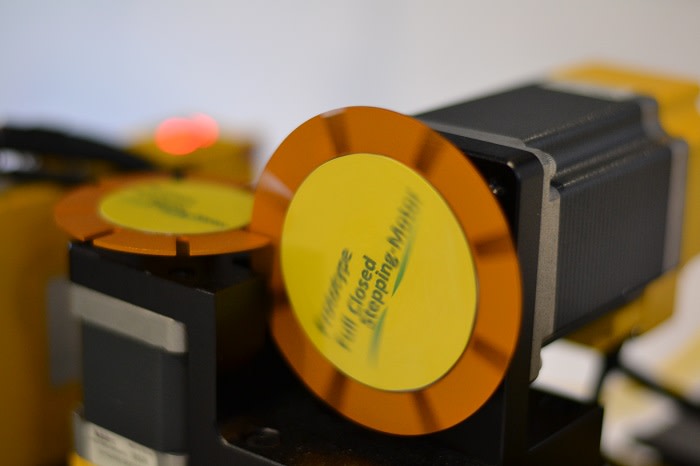 The advent of 5G is another topic that is gathering attention in the industry. With dramatically improved data transfer speeds and reduced latency, among other benefits, the implications of this technology are enormous. 5G-oriented solutions displayed at Nidec’s CES 2019 booth include extremely small camera actuator motors with high-precision gears and mechanical image stabilization modules for smartphones but also thermal solutions like heat pipes, vapor chambers and thermal management modules. The next generation of mobile communications technology is expected to not only change the way that we use smartphones and turn video into the new killer content format, but also necessitate better thermal management due to increased CPU usage. 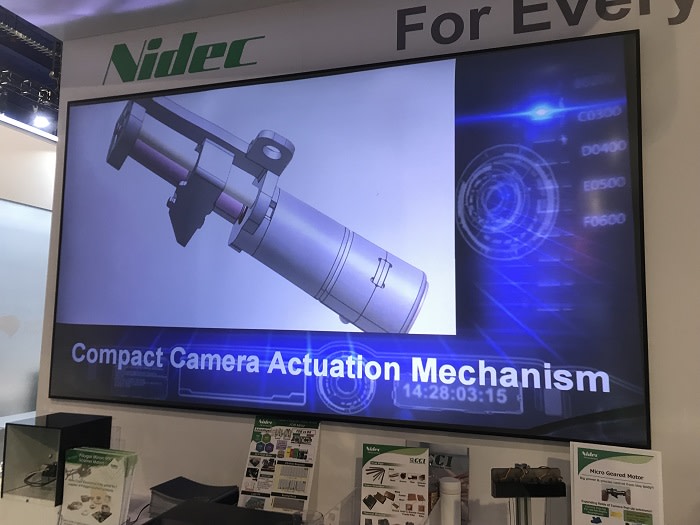 Close-up looks on new emerging technologies inevitably tend to focus on the end products that are used by consumers, but the key to realizing these products is often tied to components such as motors and other related parts. Thus, by observing the technological advances of components, we can look one step further into the future and grasp the possibilities that lie at the forefront of innovation. When it comes to motors, these possibilities include not only incremental performance improvements but also novel functions.

Nidec was established in Kyoto, Japan in 1973 by its Chairman and CEO Shigenobu Nagamori. In 1979, Nidec became the first company in the world to successfully commercialize a direct drive spindle motor for HDDs based on a brushless DC motor. Since then, the company has grown into a world-leading comprehensive motor manufacturer encompassing more than 300 subsidiaries employing over 100,000 people throughout the world and with annual sales exceeding $13B. Nidec's motors, drives, generators and related products are found in a diverse range of applications including computers, smartphones, home appliances, automobiles, manufacturing plants, robots and more.

The launch of 5G is expected to deliver a slew of benefits including dramatically higher data transfer rates and reduced latency. Coupled with advances in artificial intelligence, smartphones and other devices are set to become even more powerful. But this trend does not come without its challenges; as the performance of devices increases, so do the requirements on thermal management.

The Nidec group, based in Japan but with over 300 subsidiaries in 43 countries around the world, will be at CES 2019 to display our technologically advanced compact and lightweight motors and high-precision gearboxes designed to accelerate the arrival of a comfortable society supported by robotic technology and our haptic devices designed for advanced human-machine interaction.

For Everything That Spins and Moves

​Nidec was established in Kyoto, Japan in 1973 by its Chairman Shigenobu Nagamori. In 1979, Nidec became the first company in the world to successfully commercialize a direct drive spindle motor for HDDs based on a brushless DC motor. Since then, the company has grown into a world-leading comprehensive motor manufacturer encompassing approximately 300 subsidiaries employing over 100,000 people throughout the world and with annual sales exceeding $10B. Nidec's motors, drives, generators and related products are found in a diverse range of applications including computers, smartphones, home appliances, automobiles, manufacturing plants, robots and more.