Cape Town, voted South Africa’s ‘Fittest City’ by Discovery Vitality in 2013, presented two days of fast-paced, high adrenaline sporting action this weekend when thousands of die-hard athletes from across the globe descended on the V & A Waterfront for the Discovery World Triathlon Cape Town, which formed part of the 2014 ITU World Triathlon Series (WTS).

The Cape Town leg of the race, sponsored by Discovery, served as the second stop on the eight-city tour, which kicked off in Auckland earlier this month. Cape Town is one of only two cities to debut on the WTS calendar in 2014, with Chicago also hosting the event for the first time. Other host cities include Yokohama, London, Hamburg, Stockholm and Edmonton.

Discovery was excited to partner with ITU to bring the Triathlon World Series to Africa for the first time. “The competition was fantastic and so were the fans," says Iona Maclean, Discovery Head of Experiential Marketing.

"The first World Triathlon Series in Cape Town has broken all records with over 2 000 entries, the most number of entries for an inaugural triathlon event in this series. This is very fitting as Cape Town is South Africa's Fittest City, according to the results of last year's Discovery Vitality Fittest City Index. We proudly support and encourage a fit, healthy world, and look forward to hosting an even more successful event next year, with more athletes and families taking part. Our goal is to attract 10 000 entrants by 2016, making this the biggest triathlon event in South Africa,” says Maclean.

"Multi-sports are becoming more and more popular as people discover the benefits of following a varied exercise programme. And while taking part in a triathlon may seem daunting for some, the Discovery World Triathlon is the perfect triathlon for beginners to get into this sport. At the same time we have the thrill of seeing top international athletes compete in an African leg of an international competition." Maclean says.

According to Maclean, the first event was hugely successful and the atmosphere great over the two days. “It was wonderful to see people of all ages, ranging from seasoned elite triathletes to families consisting of parents and young children, elderly people and our youth participating in the two-day event.”

To the winner Javier Gomez (ESP), it was a great race and event. “I really enjoyed my time here. I can’t be happier actually. The support was great. There were a lot of people cheering me on and screaming my name. As an athlete, you love it when people get excited and I hope they enjoyed the show!"

Jodie Stimpson (GBR), winner of the women’s event, comments: "The support out there was just amazing. The fans in South Africa are so knowledgable about the sport of triathlon. They cheer because they know what you’re going through. Here Ironman and Xterra are also very big so the spectators are very informed and interested. South Africa, you put on a great show!"

Respected athlete, businessman and philanthropist Stewart Banner (81) was the oldest participant in this year’s event. Banner did the cycling leg of the race, whilst his 15-year-old grandson Connor participated in the swim and his 18-year-old grandson Blake, the 5km run. Says Blake: “We had so much fun. I loved it and we’ll definitely be back to do it again.”

Virgin Active ambassador Francois Jacobs (43), who has been blind from birth, competed with his guide Mike Fannin. Jacobs, a successful business analyst at a leading financial services company, enjoys competing in triathlon events, accomplishing an impressive list of sporting achievements. Jacobs says: “It was amazing to be out there today. It’s such a privilege to be part of it all. I had so much fun even though we hit a few cones out there! But all good in the end. My guide did most of the work on the swim and that is why I still had the legs to finish. My guide wants to do it again… poor me!”

Cape Town was recently nominated in the internationally recognised SportBusiness Ultimate Sports Cities Awards. Cape Town was the only African city amongst the shortlisted nominees in the Large Cities category, which included competitors such as Berlin, Melbourne, Singapore and Sydney.

Discovery Limited is a South African-founded financial services organisation that operates in the healthcare, life assurance, short-term insurance, savings and investment products and wellness markets. Founded in 1992 by the current Group Chief Executive Officer Adrian Gore, Discovery was guided by a clear core purpose – to make people healthier and to enhance and protect their lives. Underpinning this core purpose is the belief that through innovation Discovery can be a powerful market disruptor.

The company, with headquarters in Johannesburg, South Africa, has expanded its operations globally and currently serves over seven million clients across South Africa, the United Kingdom, the United States, China and Singapore. Vitality, Discovery’s wellness programme, is the world’s largest scientific, incentive-based wellness solution for individuals and corporates. The global Vitality membership base now exceeds 5.5 million lives in five markets.

Discovery is an authorised financial services provider. It trades on the Johannesburg Securities Exchange under the code “DSY”.

Prior to publication, it must be approved by Discovery News. 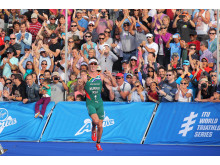 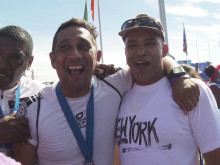