A new study from researchers at the School of Health and Welfare, Jönköping University and Lund University have investigated suicide cases reported to the Swedish Health and Social Care Inspectorate (Inspektionen för vård och omsorg) in 2015. The results show that healthcare deficiencies have contributed to these deaths by suicide in 55% of cases.

The research not only shows that deficiencies in healthcare appear to have contributed to deaths by suicide, but that many of the individuals who died had been in contact with a healthcare provider shortly before their death. The most frequent deficiencies were found in treatment and suicide risk assessment. These included, among others, inadequate or delayed pharmacological treatment, non-adherence to existing guidelines and misleading suicide risk assessment.

“It is notable that deficiencies in healthcare were discovered in over 50% of cases. Furthermore, our study shows that actions proposed are usually a one-off training effort, with no real sustainable effect on the organization. In many cases, the proposed actions do not target the identified deficiencies. Our study also shows that new knowledge often stays inside the department and isn’t spread to others,” says psychiatrist chief medical officer in Region Jönköpings län, Elin Roos af Hjelmsäter who is a PhD at Jönköping University and one of the researchers involved in the study.

A total of 1179 suicides were registered in Sweden during 2015. The study looked at 436 unique cases of suicide, based on reports sent to the Swedish Health and Social Care Inspectorate. The overall aim was to compile the outcomes of all the investigations into the reported suicides and identify the deficiencies that were found. The study reviewed the actions proposed to deal with these deficiencies and looked at where in the organization’s hierarchy the deficiencies were found. It also reviewed the decisions made by the Health and Social Care Inspectorate as a result of their investigations.

“The point of reporting to the Health and Social Care Inspectorate is to learn from mistakes and increase patient safety. It is also important to learn which care works, but that is not happening with the current approach. In the future we need to work more with the implementation and dissemination of existing knowledge and the creation of preconditions to ensure that existing routines are clear and easy for the users to follow,” says Elin Roos af Hjelmsäter.

The study: “Deficiencies in healthcare prior to suicide and actions to deal with them: a retrospective study of investigations after suicide in Swedish Healthcare” was conducted by Elin Roos af Hjelmsäter, Boel Andersson Gäre and Axel Ros, from the School of Health and Welfare, Jönköping University, and Åsa Westrin from Lund University.

Jönköping University Foundation is one of three independent institutions of higher education in Sweden offering postgraduate programmes. It is characterised by focused profiles, internationalisation, an entrepreneurial spirit and collaboration with surrounding society. Research and education are carried out at four schools: Jönköping International Business School, School of Education and Communication, School of Engineering and School of Health and Welfare. Jönköping University has some 12,500 registered students, 850 employees and a turnover of approximately SEK 900 million.

school of health and welfare

Prior to publication, it must be approved by Jönköping University. 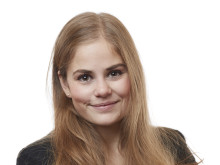