This year marks the 75th anniversary of the first published book about Pippi Longstocking. To commemorate this jubilee, The Astrid Lindgren Company and Save the Children are launching the global campaign “Pippi of Today”, a collaboration to create awareness and raise money for Save the Children’s work for girls on the move.

Many companies from all around the world are joining in on the international campaign “Pippi of Today”, which takes place in the Nordics, USA, UK, Germany, France, Spain, Italy, Netherlands and Switzerland among other places. Through limited edition products, events and other initiatives, they are participating to raise money. The money raised during the “Pippi of Today”-campaign will go to Save the Children and support girls on the move.

Olle Nyman, CEO at The Astrid Lindgren Company as well as Astrid Lindgren’s grandson, said: “In a world with ever stronger currents of nationalism and xenophobia, we want to highlight our shared responsibility for all children in demonstrating their strength and potential. With the help of Pippi, we want to support the girls who need it most, while also making their voices heard. Save the Children's activities aim to support them, while Pippi serves as an inspiring role model that gives them strength and hope”.

75 years ago, the world’s strongest girl – Pippi Longstocking – came alone to a new town. Today millions of girls are being forced to leave their homes and move, not only to new cities but also to new countries. Girls on the move need to gather all their strength, courage and hope to tackle challenges and find their way to a brighter future. They are the Pippis of Today.

More girls on the move than in a long time

The number of girls on the move has not been this high since the end of the Second World War. Girls comprise an especially vulnerable group among refugees, with unique challenges that are often times forgotten. Girls on the move face a greater risk of being exposed to violence and exploitation, such as sexual abuse and child marriage, in most cases their education is also put on hold.

To shed light on their experiences, Save the Children have interviewed 13 girls who all are on the move. In the interviews, they share what they are going through, what their lives are like now and what they hope for in the future. One of the girls is 12 year old Luisa* one of millions of people who have come from Venezuela to Colombia, because of lack of food, economic hardship and increasing violence in their home country.

Luisa said: “I was sad leaving Venezuela, because I knew I would miss my relatives a lot. But I was also happy, because I was going to see my mum again. We had a big big big hug when I first saw her”.

Inger Ashing, CEO at Save the Children International, said: “Children's rights know no borders. All children should have the same rights, no matter who they are or where they live. Save the Children is excited to partner with the Astrid Lindgren Company to help expand our work for girls on the move. In 2019, we interviewed girls from around the world who are on the move to better understand their experiences and how we can best reach them with the right efforts. However, we still lack sufficient data and knowledge in this area. With the funds raised, we will be able to help fill these knowledge gaps and expand our work, so that every girl survives, learns and is protected.”

*Names have been changed.

Facts about girls on the move

More than 70 million people were on the move during 2018, an increase of 2.3 million in comparison with the year before. Over half of them, 53%, are children under 18 years of age. 138 600 children are expected to be completely alone and separated from their parents. Girls are especially exposed without access to safe places, migration paths or support. Sources: UNHCR, Save the Children

About Save the Children
Save the Children is a global children’s rights foundation that has existed since 1919. We fight for children’s right to survive, develop and grow up in safety and we are active in over 120 countries, including Sweden. We are politically and religiously unbound and have the UN’s Convention on the Rights of the Child, UNCRC, as the foundation of all our work. 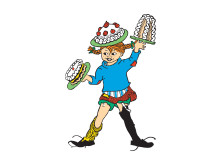 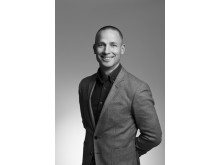 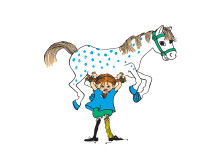 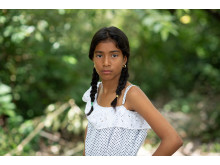 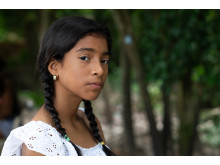 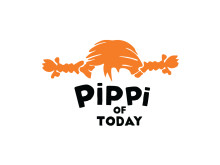 Produced by FLX with financial support from SF