BOSTON (March 29, 2018) – Spartan and CRAFT Sportswear have entered a global partnership, naming the leader in technical performance apparel as “official performance apparel and footwear” of the world’s largest obstacle race and endurance brand. The multi-year partnership will see the two brands developing the first high-performance technical apparel for the rising sport of Obstacle Course Racing (OCR). CRAFT will be applying the same scientific techniques and sport-specific knowledge it uses in developing Olympic-caliber performance apparel for World Tour cycling teams and Olympic cross-country skiers as well as runners and athletes at all levels. CRAFT is currently available in more than 39 countries, while Spartan has more than 200 races across more than 30 countries around the world.

“The growth of Spartan has created a competitive field of elite OCR athletes who require technical apparel that allows for maximum performance,” said CRAFT Sportswear North America CEO Eric Schenker. “For decades, CRAFT has engineered ergonomically superior products for some of the best athletes in the world, and we’re excited to be the first company to apply that same sport-specific knowledge and research towards developing the first-of-its-kind performance apparel for Spartan athletes. CRAFT is for Olympic Champions and everyday heroes and anyone that finishes a Spartan race has certainly earned that title!”

The OCR-specific “Powered By” CRAFT line of Spartan apparel and footwear is currently under development at the company’s sports science laboratory in Sweden. Spartan athletes face elements that require full functional movement and, at times, extreme temperatures. With just milliseconds on the line between elite finishers, CRAFT’s team of designers and technicians pay strict attention to detail, with every stitch and seam meticulously placed to address the ergonomic and thermal needs of obstacle racers.

Having recently introduced the brand’s performance footwear in Europe, CRAFT’s all-terrain shoe for Spartan athletes will be its US footwear debut. The first-of-its-kind shoe will be designed specifically for the obstacles and natural elements athletes face on the OCR trail. The “Powered By” line will roll out in early 2019, with co-branded apparel from CRAFT’s existing training line launching in Summer of 2018.

Spartan events focus on sport and athleticism, pushing the bodies and minds of competitors to the limit across miles of unforgiving terrain while they conquer signature obstacles such as the Spear Throw, Inverted Wall, Monkey Bars and Barbed Wire Crawl.

“CRAFT has a proven track record for engineering the best functional apparel for endurance sports, and we’re excited to team up with a global brand that shares our passion for performance and competition to develop the first Olympic-caliber OCR-specific apparel and footwear,” said Spartan Founder and CEO Joe De Sena. “With intense competition unfolding at each race, and athletes pushing themselves to the limit, the CRAFT

‘Powered By’ line is a much-needed addition and step forward for the sport as we continue to attract global brands developing products specifically for our race and fan community.”

Most recently, CRAFT apparel was worn by Team USA Olympians Jessie Diggins and Kikkan Randall when they took home the gold in cross country skiing during the 2018 Winter Games. In addition, CRAFT sponsors a number of other elite athletes and professional teams across the globe in Cross Country Skiing, Cycling, Triathlon, Soccer and Track & Field. Spartan has more than one million annual participants and has seen more than 5 million athletes cross the finish line since it was founded in 2010.

About SpartanSpartan Race is the world’s largest obstacle race and endurance brand, and the first in-sport to feature timing and global rankings. With more than 200 events across more than 30 countries in 2018, Spartan will attract more than one million global participants offering open heats for all fitness levels, along with competitive and elite heats. The Spartan Race lifestyle boasts a community of more than five million passionate social media followers, health and wellness products, training and nutrition programs, and a popular NBC television series, which has made obstacle racing one of the fastest growing sports in the world. Spartan Race events feature races at three distances, 3+Mile/20+ Obstacle “Sprint,” 8+ Mile/25+ Obstacle “Super” and 12+ Mile/30+ Obstacle “Beast,” culminating in the Spartan World Championship in North Lake Tahoe, CA. 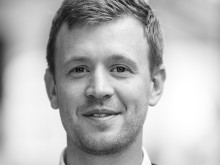 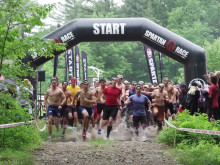 Spartan and CRAFT Sportswear have entered a global partnership, naming the leader in technical performance apparel as “official performan...