Today, we proudly present SEE.ME. A joint initiative between fashion chain Gina Tricot, the health platform Braive and Chimi Eyewear. The goal is to break the taboos around mental illness and create a healthier culture on how we discuss and manage the issue in society. It is being run through a readily available digital program that has beenadapted for the specific target group.

"We’re very proud of our participation in this initiative. Each partner makes a unique contribution with its speci cstrengths. Gina Tricot and Chimi have different channels for reaching out to their audience with information. Braive contributes with its knowledge of the topic and the platform, says Emma Garrote, Global Production and Sustainability Manager at Gina Tricot."

Mental illness is one of the most common health issues in society today. Despite that, the gap is increasing between people who are suffering and in need of support and society’s ability to offer such help.

It was with this in mind that SEE.ME. was created. It is an easily accessible self-help alternative that is part of the health platform Braive, specially adapted for Gina Tricot’s and Chimi’s target groups. It will be offered free of charge via a website that will be launched on 30 January.

"For me personally, and for Chimi as a company, this project lies very close to the heart. For quite some time, we’ve been wanting to give something back to our target group. Show them how much we care. We’ve poured a lot of love and effort into this project. Together with Gina Tricot and Braive, we can make a valuable contribution via the commercial strength that we have, says Jonas Löhr, Commercial Director at Chimi."

The program helps its users learn more about how to best equip themselves for a world that has become increasingly digital, with all of the challenges that involves. SEE.ME. also serves as a community, where members can support each other via discussions on the most important issues facing today’s society.

"The digital era in which we live involves entirely new challenges, which are frequently detrimental to our fundamental needs and requirements for feeling healthy and good. In the SEE.ME. program, we offer knowledge, techniques and strategies for managing some of the biggest challenges associated with the times we live in. It helps generate strategies and ideas on how to derive positive effects from such technology, says Henrik Haaland Jahren, Chief Psychologist and Founder of Braive."

The shared campaign concept behind SEE.ME. has been created upon a foundation of honesty and transparency. It strives to open up discussions on mental health and remove the taboos. The campaign encourages people to dare to be themselves.  It follows various in influencers, such as Matilda Djerf, Nadia Kandil and Olav Stubberud, who discuss the topic and problems we all grapple with.

The sunglasses, which have been specially designed for the project, serve as a symbol of support and all of the proceeds from these sales will go directly to SEE.ME. It is not, however, necessary to buy a pair of sunglasses in order to take part in the program. It is open to everyone.

The SEE.ME. initiative and sunglasses will be launched on 30 January and it will be a long-term collaborative project between the three partners, running through 2020. Lectures and seminars will be offered regularly as SEE.ME. sessions in the Gina Tricot and Chimi markets.

The sunglasses will be available for sale at Gina Tricot stores and online at ginatricot.com.

Gina Tricot is a Swedish fashion chain offering exciting, feminine fashion to women in over 30 countries. We don’t complicate things. Our strength has always been keeping things simple, which applies to our designs and working methods alike. We have a passion for fashion, with the goal of offering customers a new and exciting shopping experience.

Prior to publication, it must be approved by Gina Tricot. 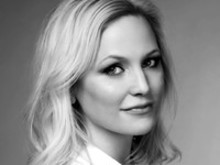