Organically farmed food has a bigger climate impact than conventionally farmed food, due to the greater areas of land required. This is the finding of a new international study involving Chalmers University of Technology, Sweden, published in the journal Nature.

The researchers developed a new method for assessing the climate impact from land-use, and used this, along with other methods, to compare organic and conventional food production. The results show that organic food can result in much greater emissions.

“Our study shows that organic peas, farmed in Sweden, have around a 50 percent bigger climate impact than conventionally farmed peas. For some foodstuffs, there is an even bigger difference – for example, with organic Swedish winter wheat the difference is closer to 70 percent,” says Stefan Wirsenius, an associate professor from Chalmers, and one of those responsible for the study.

The reason why organic food is so much worse for the climate is that the yields per hectare are much lower, primarily because fertilisers are not used. To produce the same amount of organic food, you therefore need a much bigger area of land.

The ground-breaking aspect of the new study is the conclusion that this difference in land usage results in organic food causing a much larger climate impact.

“The greater land-use in organic farming leads indirectly to higher carbon dioxide emissions, thanks to deforestation,” explains Stefan Wirsenius. “The world’s food production is governed by international trade, so how we farm in Sweden influences deforestation in the tropics. If we use more land for the same amount of food, we contribute indirectly to bigger deforestation elsewhere in the world.”

Even organic meat and dairy products are – from a climate point of view – worse than their conventionally produced equivalents, claims Stefan Wirsenius.

“Because organic meat and milk production uses organic feeds, it also requires more land than conventional production. This means that the findings on organic wheat and peas in principle also apply to meat and milk products. We have not done any specific calculations on meat and milk, however, and have no concrete examples of this in the article,” he explains.

A new metric: Carbon Opportunity Cost
The researchers used a new metric, which they call “Carbon Opportunity Cost”, to evaluate the effect of greater land-use contributing to higher carbon dioxide emissions from deforestation. This metric takes into account the amount of carbon that is stored in forests, and thus released as carbon dioxide as an effect of deforestation. The study is among the first in the world to make use of this metric.

“The fact that more land use leads to greater climate impact has not often been taken into account in earlier comparisons between organic and conventional food,” says Stefan Wirsenius. “This is a big oversight, because, as our study shows, this effect can be many times bigger than the greenhouse gas effects, which are normally included. It is also serious because today in Sweden, we have political goals to increase production of organic food. If those goals are implemented, the climate influence from Swedish food production will probably increase a lot.”

So why have earlier studies not taken into account land-use and its relationship to carbon dioxide emissions?

“There are surely many reasons. An important explanation, I think, is simply an earlier lack of good, easily applicable methods for measuring the effect. Our new method of measurement allows us to make broad environmental comparisons, with relative ease,” says Stefan Wirsenius.

The results of the study are published in the article “Assessing the efficiency of changes in land use for mitigating climate change” in the journal Nature. The article is written by Timothy Searchinger, Princeton University, Stefan Wirsenius, Chalmers University of Technology, Tim Beringer, Humboldt Universität zu Berlin, and Patrice Dumas, Cired.

More on: The consumer perspective
Stefan Wirsenius notes that the findings do not mean that conscientious consumers should simply switch to buying non-organic food.

“The type of food is often much more important. For example, eating organic beans or organic chicken is much better for the climate than to eat conventionally produced beef,” he says. “Organic food does have several advantages compared with food produced by conventional methods,” he continues. “For example, it is better for farm animal welfare. But when it comes to the climate impact, our study shows that organic food is a much worse alternative, in general.”

For consumers who want to contribute to the positive aspects of organic food production, without increasing their climate impact, an effective way is to focus instead on the different impacts of different types of meat and vegetables in our diet. Replacing beef and lamb, as well as hard cheeses, with vegetable proteins such as beans, has the biggest effect. Pork, chicken, fish and eggs also have a substantially lower climate impact than beef and lamb.

More on: The conflict between different environmental goals
In organic farming, no fertilisers are used. The goal is to use resources like energy, land and water in a long-term, sustainable way. Crops are primarily nurtured through nutrients present in the soil. The main aims are greater biological diversity and a balance between animal and plant sustainability. Only naturally derived pesticides are used.

The arguments for organic food focus on consumers’ health, animal welfare, and different aspects of environmental policy. There is good justification for these arguments, but at the same time, there is a lack of scientific evidence to show that organic food is in general healthier and more environmentally friendly than conventionally farmed food, according to the National Food Administration of Sweden and others. The variation between farms is big, with the interpretation differing depending on what environmental goals one prioritises. At the same time, current analysis methods are unable to fully capture all aspects.

The authors of the study now claim that organically farmed food is worse for the climate, due to bigger land use. For this argument they use statistics from the Swedish Board of Agriculture on the total production in Sweden, and the yields per hectare for organic versus conventional farming for the years 2013-2015 (link in Swedish).

More on biofuels: "The investment in biofuels increases carbon dioxide emissions"
Today's major investments in biofuels are also harmful to the climate because they require large areas of land suitable for crop cultivation, and thus – according to the same logic – increase deforestation globally, the researchers in the same study argue.

For all common biofuels (ethanol from wheat, sugar cane and corn, as well as biodiesel from palm oil, rapeseed and soya), the carbon opportunity cost is greater than the emissions from fossil fuel and diesel, the study shows. Biofuels from waste and by-products do not have this effect, but their potential is small, the researchers say.

All biofuels made from arable crops have such high emissions that they cannot be called climate-smart, according to the researchers, who present the results on biofuels in an op-ed in the Swedish Newspaper Dagens Nyheter: "The investment in biofuels increases carbon dioxide emissions" (link in Swedish) 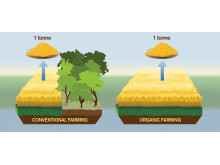 The crops per hectare are significantly lower in organic farming, which, according to the study, leads to much greater indirect carbon di... 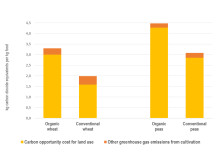 The climate impact from Swedish wheat and peas produced organically, compared with conventional farming methods. Based on statistics from... 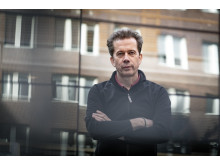 "The importance of the size of farmed area has not really been taken into account before. This is a major oversight, as our study shows t... 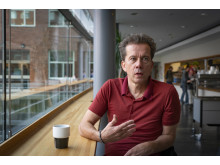 To eat organically does n...

"Organic food has several advantages compared with food produced by conventional methods. For example, it is better for farm animal welfa...