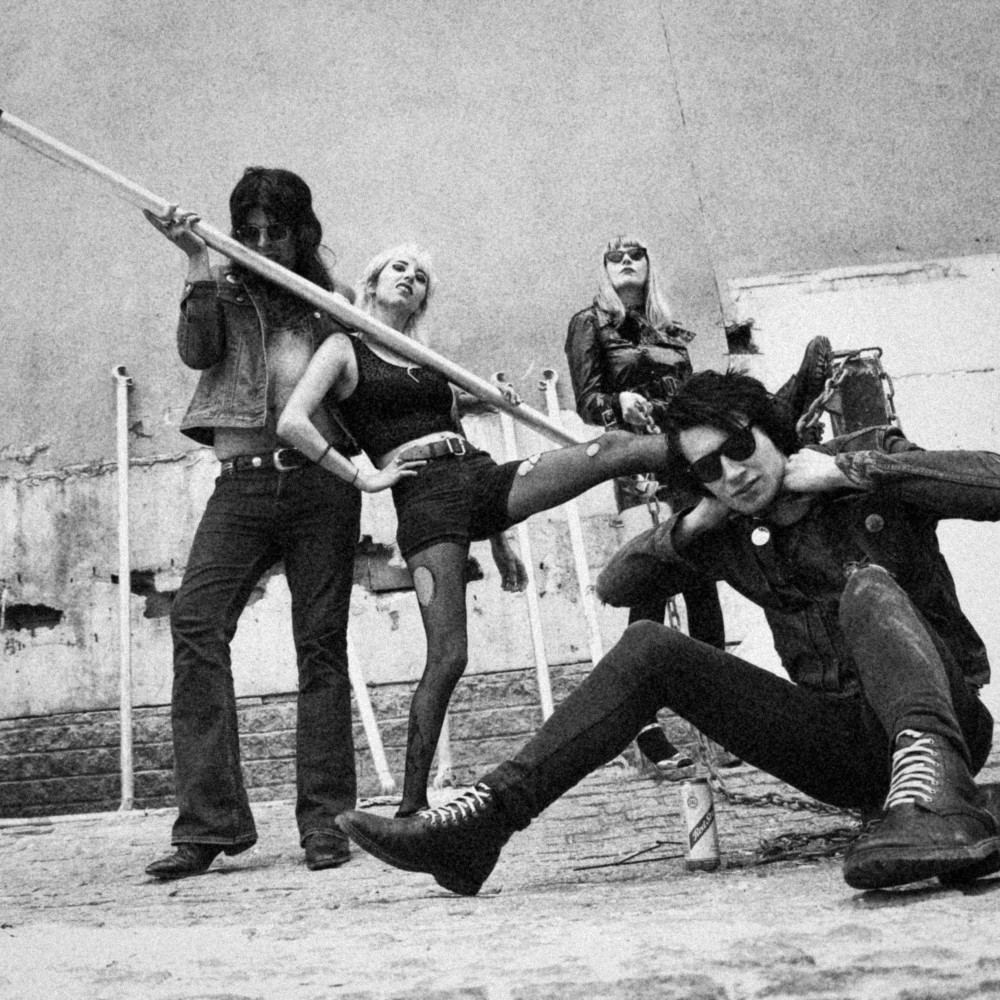 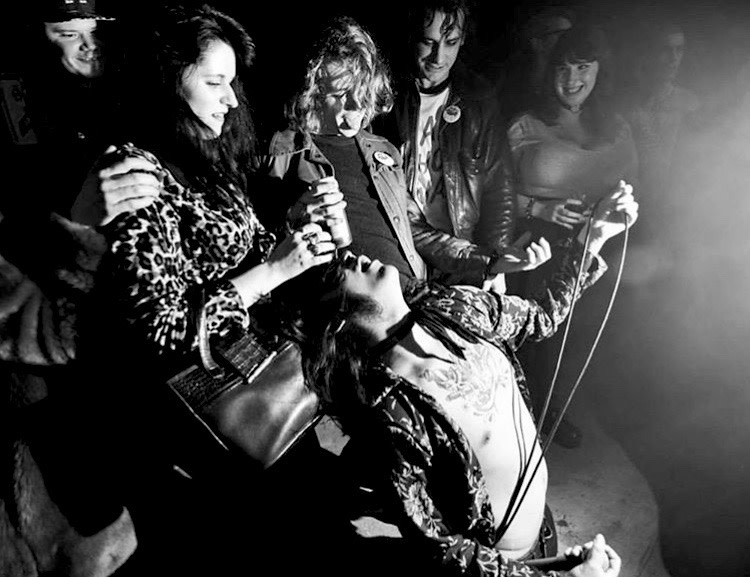 Their debut album “First Suicide” offered a raw, low-fi, blues-punk slab of sleaze; boasting no bass guitar and armed to the teeth with three buzzsaw guitars, slicing up the senses with a visceral energy that channeled like-minded sounds of The Reatards, Pussy Galore, Gun Club and GG Allin. 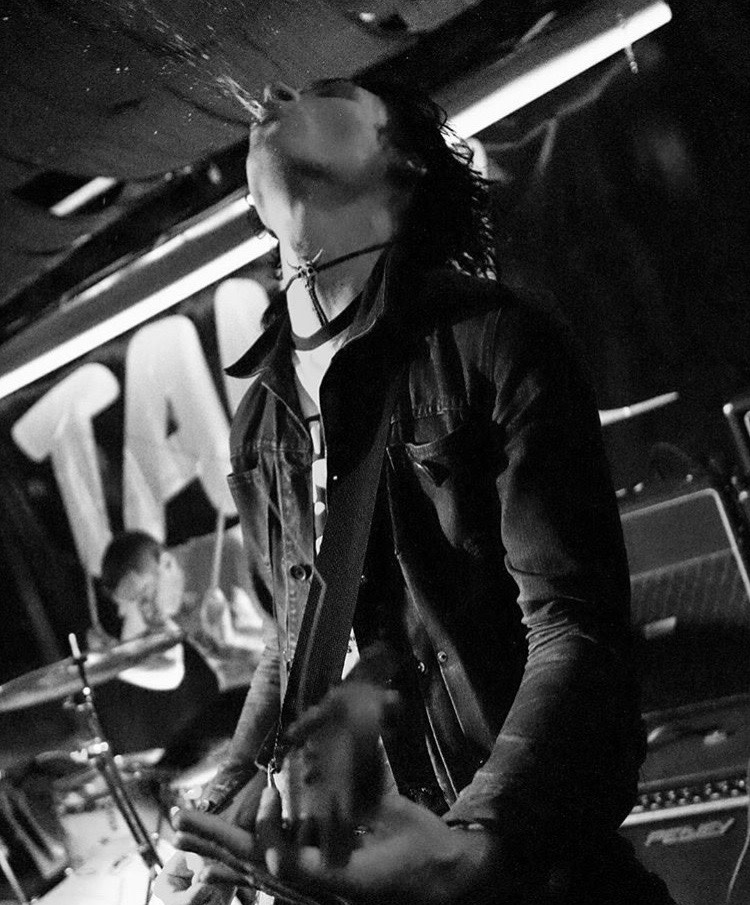 After signing a two-album deal with Dirty Water Records, and off the back of critical acclaim from the international music press, the band would then notch up two European tours and release a split single with LA’s Black Mambas, elevating their status as young, fast-rising upstarts on everyone's radar. After various line-up changes around the core songwriting partnership of lead singer Sebastian Melmoth and guitarist Vince Sooicide, the band re-enlisted their first drummer Jake Cavemen and took to the studio to begin recording their long-awaited sophomore follow up with notorious knob twiddler, Patrice Picard ( Raw Fun, The Cannibals). 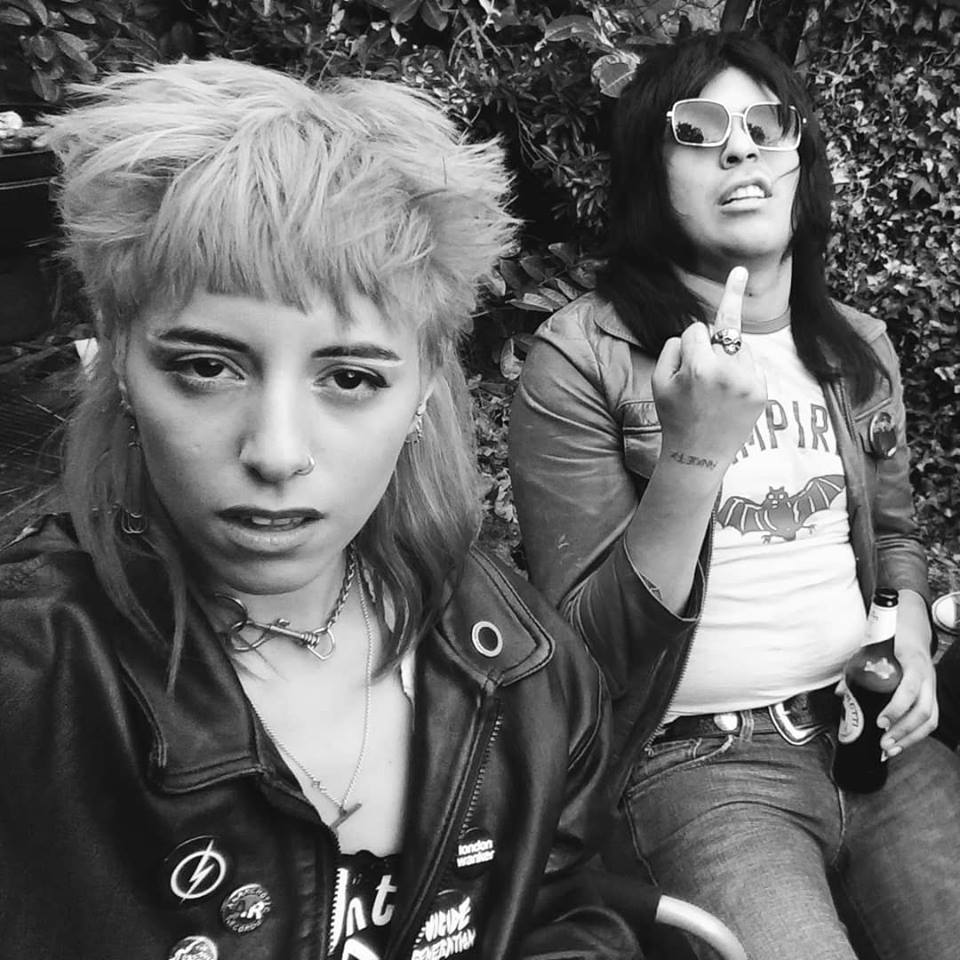 Deploying the finest vintage analog gear, Patrice and the boys bashed out eleven gloriously filthy lo-fi tracks action-packed with high-powered rock 'n' roll numbers like "Rotten Mind" and the hotter and heavier rave-up "You Gonna Burn" with layers of dirt and grime after three days of recording of mixing. The tapes were then handed over to world-famous wizard producer Jim Diamond, who shined them up like a pair of spike-heeled leather boots. 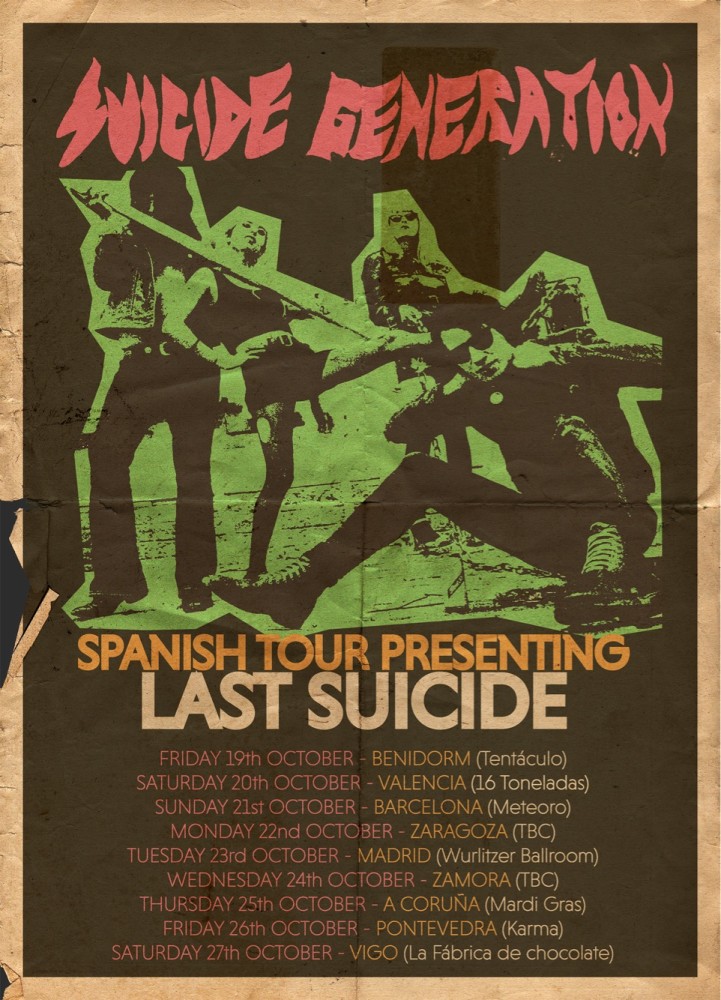 The band recently have completed their latest makeover with the additions of Gema Germen on bass guitar, along with May Mansur on drums, giving the band a boosted sexual re-balance and grounding of their raw and frenetic energy. 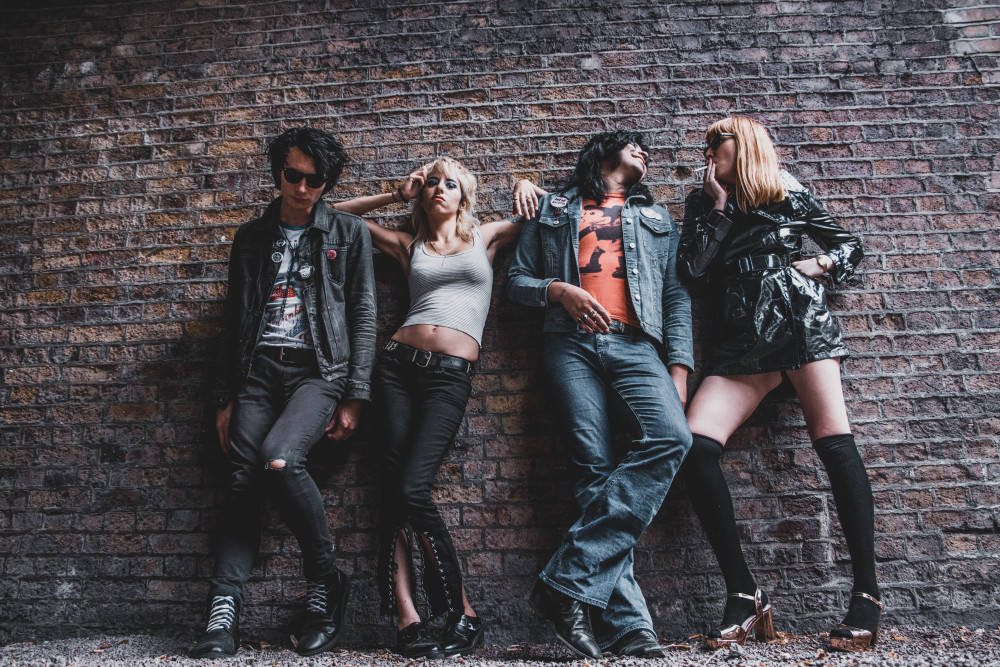 These newly reborn punk saboteurs will be hitting the road in support of their latest release in Europe and the US over the next six months. "Last Suicide" is a collection of songs soaked in brashness and swagger turning on ears and an ever keen appetite for unpolished rock ‘n’ roll. Today's Suicide Generation is here and openly ready to slash up your world. 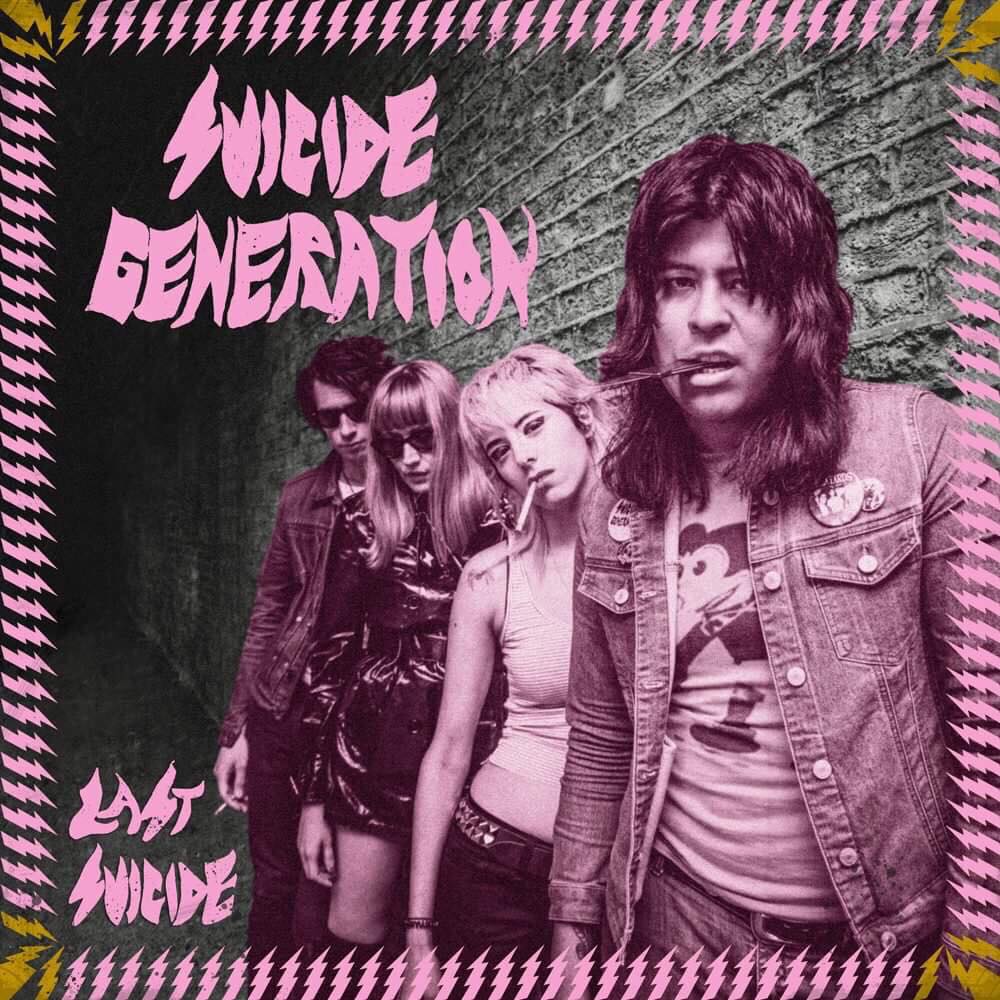 MORE DATES TO BE ANNOUNCED SOON 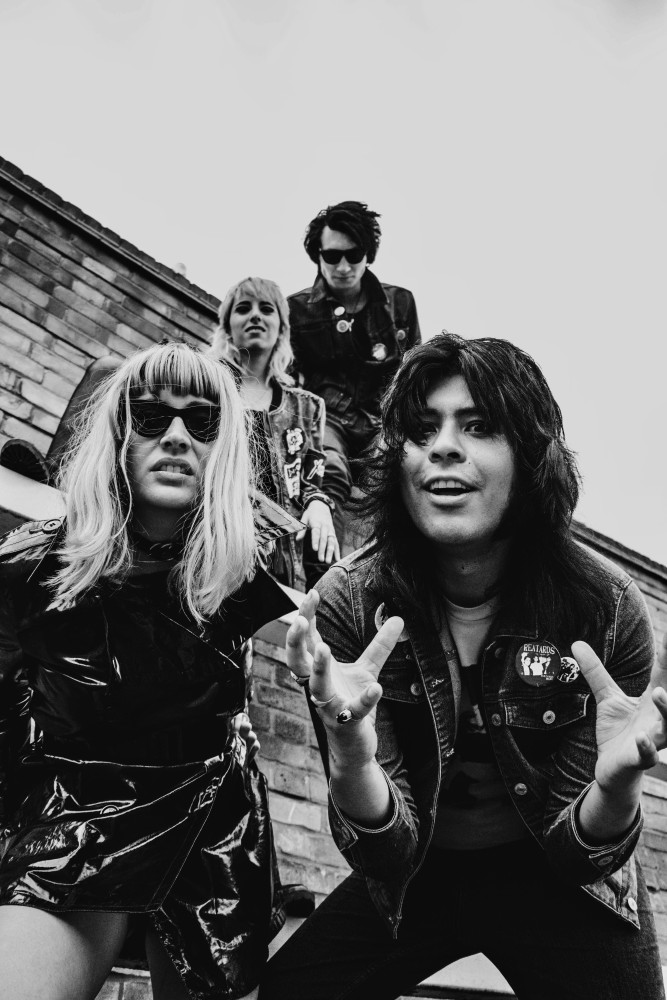 The garage-punk band Johnny Mafia hails from Sens, France–a part of the world more known for their wheat and cereal production than in-your-face rock & roll. On November 9th the group will release their sophomore LP Princes de l’Amour via the London-based label Dirty Water Records.

Suicide Generation are a punk band from the United Kingdom and a classic-sounding punk band at that. But to get an idea of their sound you’re going to need to skip the lighthearted sounds of the Buzzcocks and Sex Pistols for the grimy, gritty punk bred south of the Mason-Dixon line

Just in time for your next suicide, UK punks Suicide Generation have cooked up a new long-playing platter of scuz and pestilence. Having signed a two record deal with Dirty Water Records earlier this year, the band will follow-up their 2018 debut 1st Suicide with their ominously titled sophomore effort, Last Suicide.