Charles Horton, GTR’s Chief Executive, said: “Nick has made a major contribution to GTR, strengthening the team, improving performance and building high levels of collaborative working with Network Rail and stakeholders. His exceptional leadership, commitment and hard work will be greatly missed by me and many others across GTR.

“When Nick joined us in the autumn of 2016 he made a commitment to be with us for a two-year period to see through the introduction of the new timetable and the wider changes we have made. With that commitment due to be fulfilled by the autumn, Nick has decided that this will be the right time for him to move on and pursue his wider interests.

“I am delighted to welcome Patrick to GTR. He is a highly experienced railway professional with an outstanding track record of leadership in the transport industry. He will continue to implement the rollout of GTR’s RailPlan20/20 Programme, which is extending capacity in the fastest-growing and most challenging region of the UK rail network.”

Patrick Verwer will be joining GTR as its new Chief Operating Officer at the start of September. Patrick was Managing Director of London Midland between January 2012 and December 2017. Before that he worked in the transport industry in the UK and Europe, specialising in rail and airport services. He first came to the UK in 2003 as Managing Director of Merseyrail. Born and educated in the Netherlands, Patrick started his career in the Rotterdam Police Force rising to senior officer level.

Govia Thameslink Railway (GTR) operates Thameslink, Great Northern, Southern and Gatwick Express services. It is the largest rail franchise in the UK in terms of passenger numbers, trains, revenue and staff. The operator carries about 326 million passenger journeys per year, and employs around 6,500 people. Its aim is to improve services across all four networks.

Ticket revenue is passed to the government, which pays GTR a fee to operate the franchise. The fee is adjusted according to how well the train service is performing.

Southern has the fastest passenger growth in the UK, with numbers into London having doubled in 12 years - compared with the industry as a whole doubling over the past 20 years. Passenger numbers on GTR's other routes have also seen huge growth - at King's Cross they have increased among all operators combined by 70% in 14 years.

GTR has introduced more new trains in the past year than all other franchises put together, with 500 new carriages so far.

GTR's transformative RailPlan 20/20 modernisation programme incorporates the £7bn Thameslink Programme which will bring hundreds more daily services, increasing the number of trains though the central London core from up to 15 to 24 trains per hour. Network Rail has also launched a £300m programme to improve resilience across the GTR network.

Under RailPlan 20/20, GTR is modernising how it works, with new technology in use at our stations and on our trains, smartcard ticketing and a new, flexible on-board role on many Southern services. This ensures fewer cancellations, and with more staff on board our trains now than ever before, passengers are enjoying a much better level of on-board customer service. 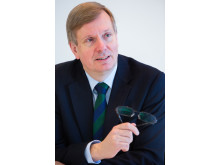 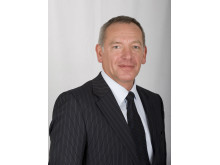