Updated version: A working mum and ex-Army wife from Worthing who took the plunge to switch careers with the help of charity Building Heroes, is “over the moon” after landing a job with Southern Rail’s new station maintenance team.

Natalie Parker, whose husband served with the King’s Royal Hussars, had worked for years in book-keeping when she was made redundant last year. Despite her years of experience and accountancy qualifications she had never been happy, so she took the brave decision to embark on five-week intensive course in property maintenance with Chichester College Group, organised by military veterans’ charity Building Heroes.

Southern, which is helping towards the cost of the charity’s training by putting its own newly-formed stations maintenance team through the Level 1 foundation course, saw how good Natalie was and offered her a job – their first woman among 11 handymen on the team.

Southern’s maintenance team manager Tessa Holme, who works out of Southern’s new maintenance depot next to Horsham station, said: “The fact she has completed an accredited course at Brinsbury College is a big pull for me. She graduated that course with a distinction in virtually every area.

“She is very approachable, very customer-focused and gets on with the job. This is one of the reasons we wanted to partner with Building Heroes because it gives us the opportunity to spot talent.

Natalie, who will be looking after coastal stations, said: “I am absolutely over the moon. I’m ecstatic to land a job here. It’s amazing, it really is. I love the variety of getting out, meeting the lads and taking pride in the stations, trying to maintain and keep them up to scratch. I’m totally grateful to everyone and to Building Heroes.”

Natalie has two daughters aged 12 and 18. She decided to reinvent herself as a tradesperson after hearing about Building Heroes at a breakfast club in Littlehampton for ex-servicemen and women where she went with her husband Martin.

Three members of Southern’s team have now finished the property maintenance course, with the most recent two graduating alongside ex-servicemen and women at Brinsbury College on Friday, 7 February. By 10 July, Southern expects to have ‘upskilled’ its entire outfit. Southern has bought its staff an entire suite of new tools and is donating its old equipment to the college for their special needs courses.

Maintenance manager Tessa added: “Our relationship with Building Heroes and Chichester College Group is brilliant, absolutely brilliant. The guys love the course because they are learning with adult learners, and the course has given them really good team ethics because the military has really good team ethics, and everyone mucks through together. For me as a manager it’s reinforcing that behaviour of teamwork, which is great.”

Karen Jefford, Chief Operations Officer at Building Heroes said: “Natalie is a fantastic example of someone being motivated to take a career change and lead the way for many more military mums, wives and partners to apply for the course.

“It's such an exciting time to enter construction as 14% of females now make up the industry. The opportunity Southern has provided Building Heroes and Natalie is just one of the many exciting employment pathways we're opening up to our learners. We're thrilled to have developed this partnership.”

Building Heroes works with Chichester College Group to put military veterans through an intensive five-week course which gives them a Level 1 foundation course in property maintenance from where they can find work in the building trades.

The Building Heroes program is delivered across the UK with centres in Cheshire, Essex, Hampshire, Tees Valley, West Sussex and Wiltshire. www.buildingheroes.org.uk. For more information from Building Heroes, contact Simone Halliwell on 01798874521 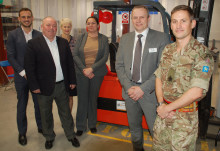 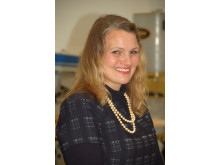 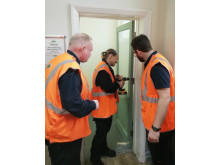 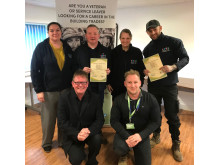 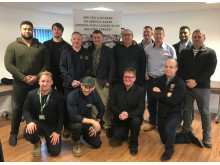 Ex-servicemen and Southern employees graduate from the property maintenance course run by Chichester College and sponsored by charity Bui...