App for activists and biotech wearable for the grieving at UID20

Peek into the future as design students from all over the world showcase their grad projects in the form of tomorrow's products and services. This year's grad show at Umeå Institute of Design offers a series of innovations ranging from a biotech wearable for people suffering loss and an app for young activists, to solutions for future firefighters in the wake of climate change.

Women constitute only 27 percent of academics with the rank of professor in Sweden, in spite of several decades of equal opportunities promotion efforts. "A common explanation is that women’s achievements are valued less than men’s," says Guy Madison, one of the authors of a new study from Umeå University.

The journey itself will be part of the goal when four students from the engineering programme in industrial economics at Umeå University leave for a spring term of studies abroad. In order to promote sustainable travel, they have each been equipped with an interrail card instead of flying to their respective universities in Europe.

Autonomous forestry and farming: how close we are?

Autonomous systems can increase performance, reduce injury risk, save energy and money, and reduce the need for labor in agriculture and forestry. Ahmad Ostovar has developed methods and algorithms for systems with the capacity for automatic detection and recognition of objects in outdoor environments. He defends his thesis on December 5 at Umeå University, Sweden.

Distrust in politicians and the political system is preventing people from supporting increased taxes on fossil fuels, a potentially important climate policy. By comparison, most people believe in climate change. So says a new study based on surveys in 23 European countries. 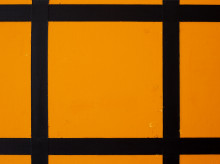 Ann Edholm / Tongue on the Tip

Bildmuseet is presenting parts of Ann Edholm’s series of paintings Tongue on the Tip, together with sketches and collages. With their defined geometric shapes, her large-scale paintings may seem completely abstract but the works include interpretations of art history and ancient legends, of Jewish deportations during the Nazi reign, and her mother’s memories of World War II Berlin.

Design Matters presents internationally established designers and design groups who challenge our expectations of consumer products, furniture and functions. Does our relationship to things change if the shoes we wear have been cultivated by us, or if the plate we eat from is a living organism? Can a cause of the climate catastrophe be transformed into something beautiful and worth preserving?

For the fourth year in a row, Umeå Institute of Design at Umeå University occupies top position on the Red Dot Design Ranking, rating design educations in the Americas and Europe.

On 3-4 October, the EU Arctic Forum will be held with European Union foreign ministers in Umeå. One of the speakers is Professor Peter Sköld, who says that natural resources, climate and communications are high on the agenda. He hopes that the meeting will result in greater aspirations in Arctic-related issues.

Opening at Bildmuseet: Grada Kilomba / A World of Illusions

Bildmuseet, Sweden, presents Grada Kilomba’s first solo exhibition in Scandinavia; a trilogy of poetic film installations that use antique dramas to highlight postcolonial issues of racism, gender oppression and violence. The exhibition is the premiere of the third chapter of the trilogy, and the large scale video works are thereby being exhibited together for the very first time. 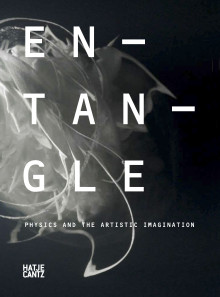 Physics and the Artistic Imagination – New book from Bildmuseet

Featuring works by contemporary international artists, essays about physics and art, as well as extracts from conversations between physicists and artists, the book Entangle: Physics and the Artistic Imagination is an introduction to how particle physics is inspiring the work and practice of contemporary artists. 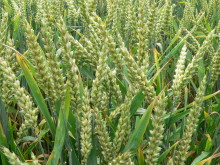 Today, on the anniversary of the Court of Justice of the European Union’s decision on plant breeding with gene-editing, scientists sent open letter to the Swedish European parliamentarians and the Swedish government. It calls for an expedited change of the European legislation for genetically modified organisms. 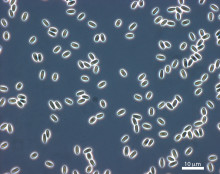 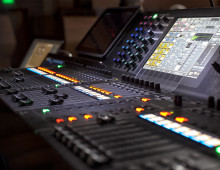 Opening at Bildmuseet: Art Across Species and Beings

The upcoming exhibition at Bildmuseet brings together an outstanding selection of artworks which invite the visitor to rethink the human position in the world. "Animalesque / Art Across Species and Beings" presents 17 artists from different countries, generations and backgrounds. Film and video, drawing and sculpture, installation and sound. Press preview 13 June, opening 14 June.

On Art Friday 3 May, Bildmuseet opens the annual MFA degree show from the Umeå Academy of Fine Arts. You are invited to meet a new generation of artists and a wide spectrum of ideas, materials and techniques. Press preview on Thursday 2 May at 10:00-12:00 (RSVP).

Creative, provocative and brilliantly versatile, Carl Johan De Geer has been working as an artist, designer, film-maker, photographer, stage designer, cultural journalist, musician and author since the early 1960s. However, he originally wanted to be a textile designer. "The Big Misconception" presents De Geer’s textile work, pattern sketches and photographs from the 1960s to the early 2000s.

Yaowen Wu, professor of biochemistry at Umeå University, has been awarded the prestigious Göran Gustafsson Prize in molecular biology in 2019. Yaowen Wu's research is about investigating biological processes with chemical tools. The prize is SEK 5.1 million in grants, distributed over three years, and a personal prize of SEK 250,000.

Swedish Picture Book of the Year at Bildmuseet

During its Art Friday with Littfest – Umeå International Literature Festival – on 15 March, Bildmuseet Contemporary art museum will open the Swedish Picture Book of the Year exhibition. Author and artist Eva Lindström will participate in the opening ceremony.