Two organizations have been named laureates of the US$1million 2020 cycle of the Al-Sumait Prize in the field of education.

Laureates for the 2020 cycle of Al-Sumait Prize for African Development in the field of Education have been endorsed by the Prize’s Board of Trustees for their outstanding work in educational development in Africa. The 2020 prestigious Al-Sumait Prize is jointly awarded to Ubongo Learning and Molteno Institute for Language and Literacy. H.E. Sheikh/Dr. Ahmad Al-Nasser Al-Mohammad Al-Sabah, Minister of Foreign Affairs and Acting Minister of Information presided over the Board of Trustees meeting.

Ubongo Learning, which is based in Tanzania, is awarded the Prize for its “innovative and transformative initiative for disadvantaged children. It has tremendous potential in reducing the gap created by education disparities, by utilizing a massive scale-up approach, while delivering attractive edutainment materials through radio, TV, and basic mobile phones to 17 million children across Africa. It also aims to reach 60 million learners by 2025; hence, demonstrating the potential size and breadth of its impact, sustainability, affordability, ease of adaptation and replicability. Furthermore, an evaluation of the project, thus far, has shown its strong influences on early childhood education (ages 3-6 years)”.

Molteno Institute for Language and Literacy, which is based in South Africa, is awarded the Prize for its exemplary efforts in providing “an effective solution to major challenges surrounding linguistic factors in African Education, by providing mother tongue literacy programs with a bridge to English for early childhood education. These are coupled with professional development courses for teachers in literacy skills, as well as training for journalists, writers, and artists, and the development of free learning materials as open education resources. The initiatives of the Molteno Institute for Language and Literacy help not only South Africa, but have also supported eight other African countries, namely: Angola, Botswana, Ghana, Lesotho, Malawi, Namibia, Uganda, and Zambia.”

Dr. Adnan Shihab-Eldin, Director General of the Kuwait Foundation for the Advancement of Sciences (KFAS), which administers the award, said: “The two awarded organizations, Ubongo Leaning and Molteno Institute for Language and Literacy, have shown far-reaching positive impact and innovative programs whose implementation can carry over to many African counties. Both organizations responded creatively to educational issues and challenges, including those that are faced by disadvantaged children.”

Dr. Shihab-Eldin said that through the Prize, the Government of the State of Kuwait has helped organizations working in and for Africa to be recognized for their exemplary and impactful projects and programs, as well as their dedication to improving the education of communities across various African countries. He noted that the Prize this year received more than 90 entries, spanning 29 countries. In addition, Dr. Shihab-Eldin noted that the Prize is not only limited to Education, rather open to organizations and research-based projects that have succeeded in developing quality services and products in the fields of Health and Food Security. The 2021 cycle is dedicated to the field of Health in Africa. 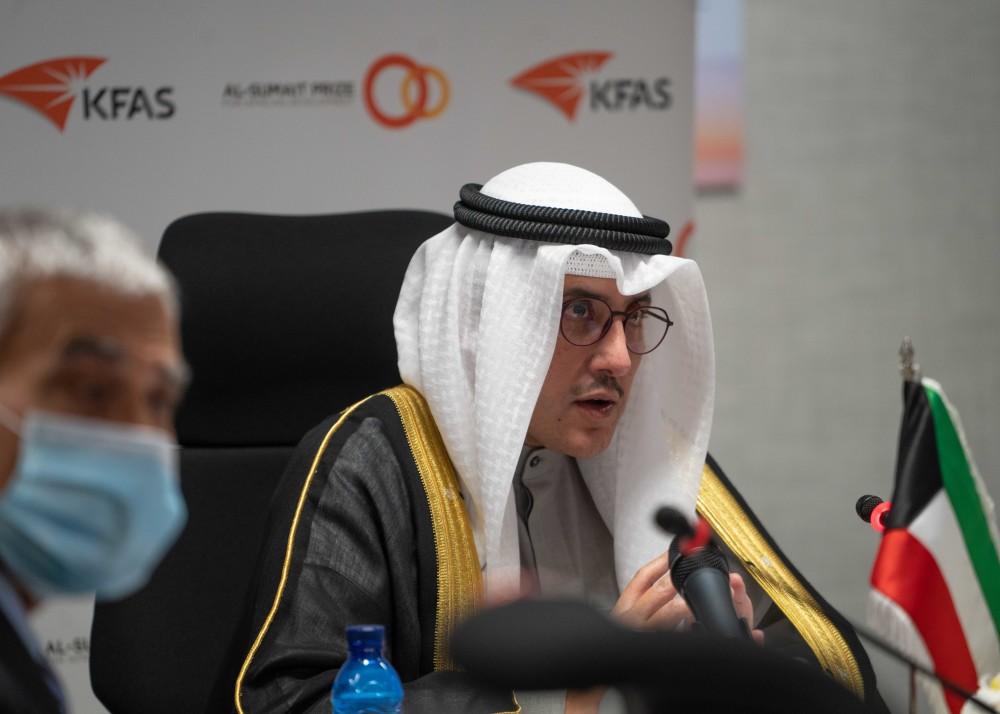 Al-Sumait Prize for African Development, which honors individuals and/or institutions who help advance economic and social development, human resources development and infrastructure in Africa, was established on the initiative of the late Amir, Sheikh Sabah Al-Ahmad Al-Jaber Al- Sabah. The Prize covers one of three categories each year: Health, Food Security and Education and is administered by the Kuwait Foundation for the Advancement of Sciences (KFAS) and a Board of Trustees who oversee the selection of the recipients.

The Prize commemorates the legacy of the late Dr. Abdulrahman Al-Sumait, a Kuwaiti physician who dedicated his life to addressing the health, education and food security challenges confronting Africa and established the Direct Aid humanitarian organization.

For more information, please visit alsumaitprize.org or contact the Kuwait Foundation for the Advancement of Sciences (KFAS) at: P. (+965) 22270465 E. info@alsumaitprize.org

Kuwait City, January 15, 2020– Kuwait today invited nominations for Al-Sumait Prize for Education in Africa, the Sixth in the series of its annual prizes to be awarded for significant advances in the areas of food security, health and education in Africa. Open to individuals or institutions, the closing date for entries for the one million dollars  Al-Sumait Prize for Education is June 30, 20

Africa Rice and Pan African Bean Research Alliance receive the 2019 Al Sumait Prize in the food security category from His Highness the Crown Prince at a special ceremony at the Bayan Palace in Kuwait.

Al Sumait Prize for African Development Board of Trustees meet in Kuwait City and online.

Members of the Board of Trustees of the Al Sumait Prize for African Development also attended the meeting on November 9th in Kuwait virtually.