Simplistic elegance on the go: Elegantly designed with a 14” NanoEdge display, 85% screen-to-body ratio and a lightweight magnesium alloy chassis 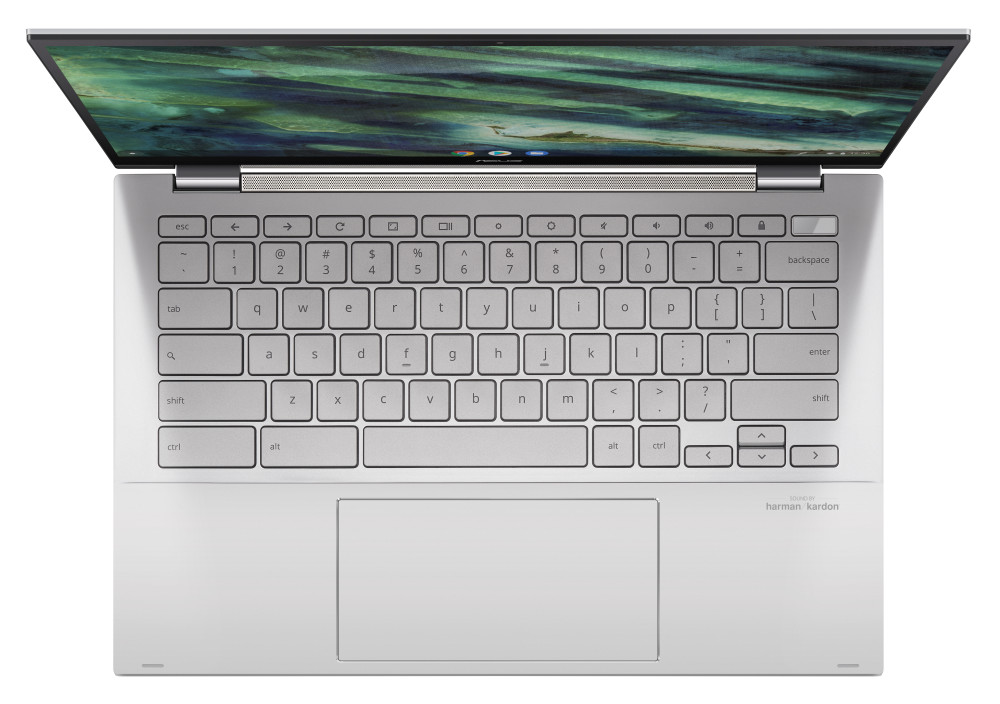 With users in mind, the C436 adds premium extras like an integrated fingerprint sensor for easy unlock, four omnidirectional speakers for high-quality sound in any of its convertible modes, USI stylus support for open pen input, and a wide variety of ports for peripheral options. 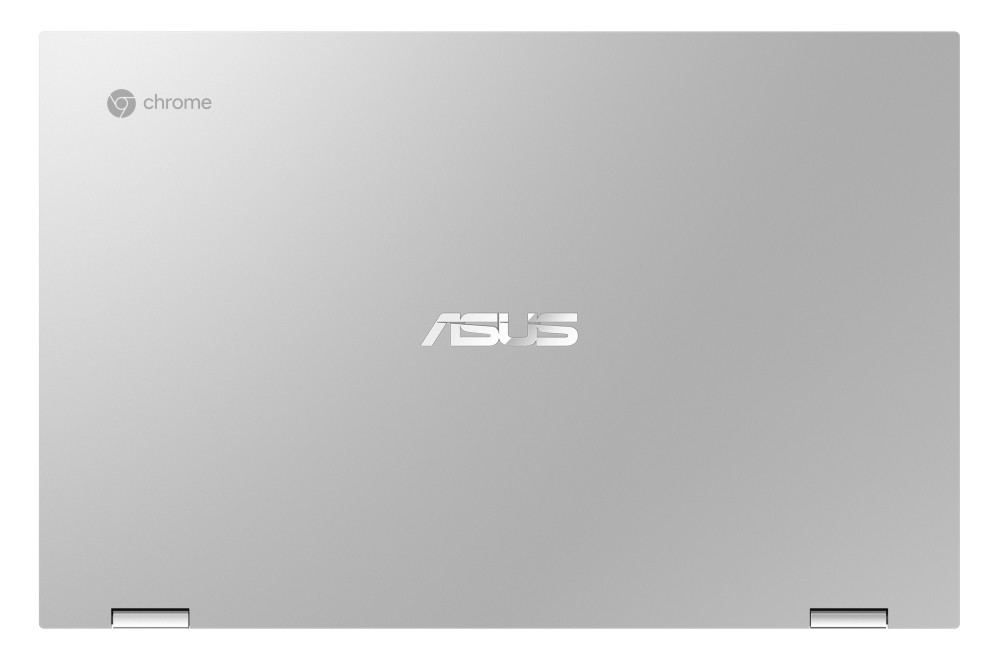 The ASUS Chromebook Flip C436 is elegantly designed with a magnesium alloy chassis that measures only 13.7mm thick and weighs just 1.1kg — it’s the thinnest and lightest 14-inch Chromebook available. The C436 is capped off by two unique finishes: an iridescent Aerogel White, which changes color when viewed from different angles, and an understated Transparent Silver.

The Chromebook Flip C436 is fully convertible with an impressive Full HD touch display, and can be used in a clamshell configuration for a more traditional workflow, standing up like a tent for the best viewing angles, or closed over on itself in tablet mode to use with a stylus. The C436 also takes advantage of a frameless NanoEdge display to maximize screen real estate in the smallest form factor possible. Thanks to the trimmed-down bezels, the C436’s 14-inch screen enables an 85% screen-to-body ratio that comes in a footprint no larger than the average 13-inch notebook. And because the display boasts a 1920x1080 native resolution and 100% coverage of the sRGB gamut, the C436 is perfectly tailored to both work and entertainment. 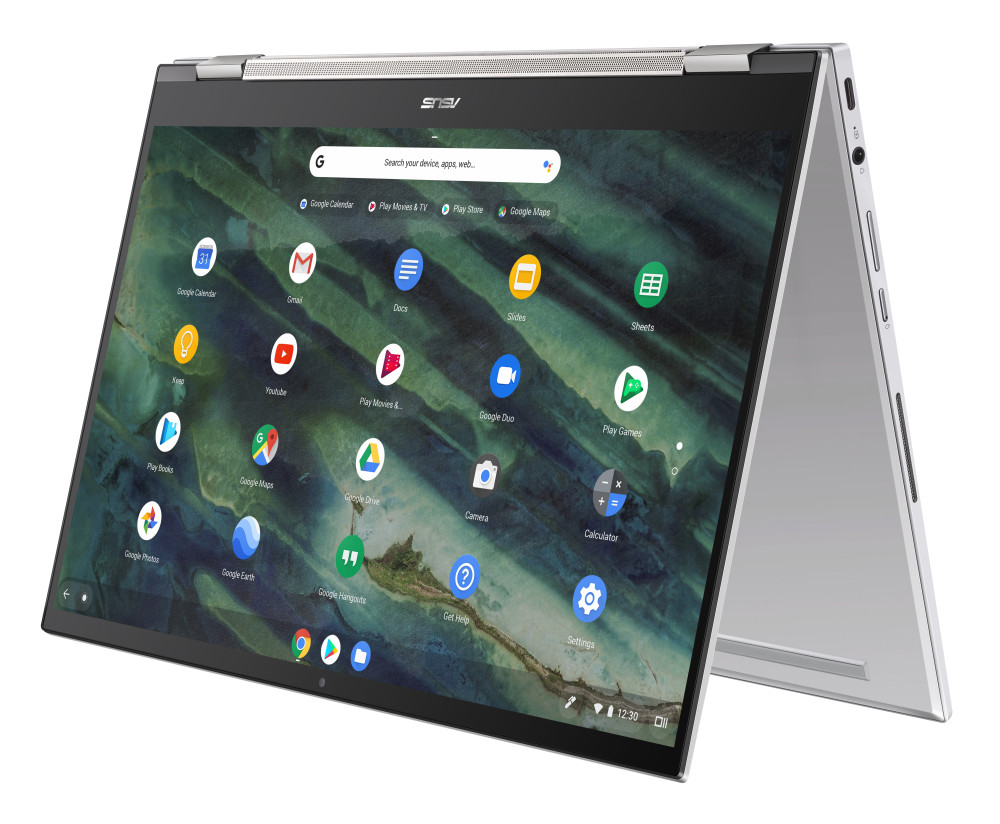 The C436 incorporates some of the fastest hardware available in a Chromebook, and is armed with three different CPU options, including 10thGen Intel Core i7-10510U, Core i5-10210U, and Core i3-10110U, all with Intel UHD Graphics. The ASUS Chromebook Flip C436 also offers either 8GB or 16GB of LPDDR3 memory, and a 128GB, 256GB, or 512GB M.2 SSD. A dual-band Wi-Fi 6 radio and Bluetooth 5.0 cover wireless connectivity, while a pair of USB 3.2 Gen 1 Type-C ports handle add-on peripherals. A microSD card slot can handle memory cards as large as 2TB, and the Chromebook also offers the option to use Google One’s cloud storage planfor even more memory storage. 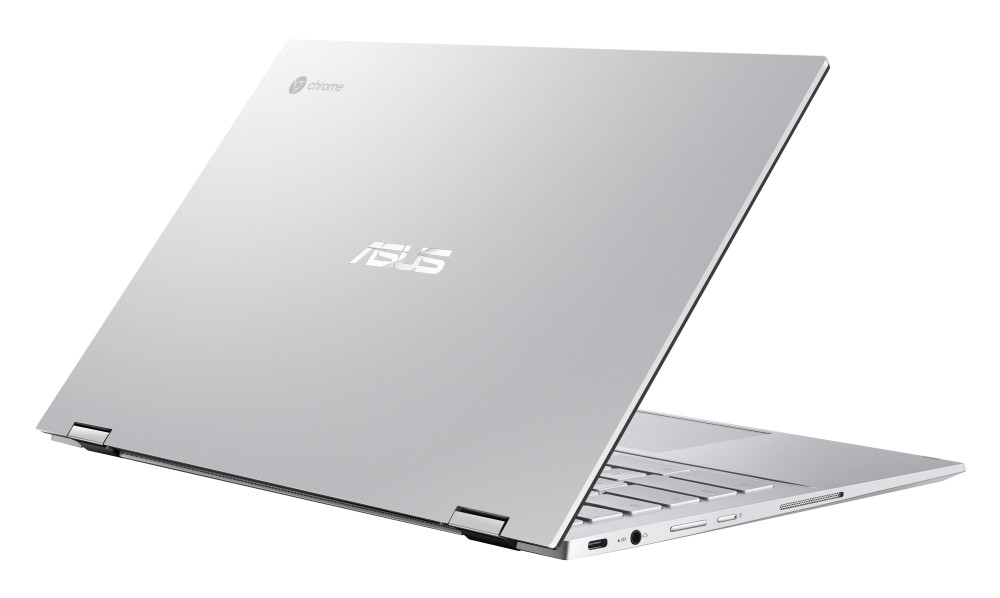 To power top-notch performance specs, the ASUS Chromebook Flip C436’s three-cell, 42Wh all-day battery can deliver up to 12 hours of runtime as you browse the web, write emails, or work in a spreadsheet.

The C436 offers a full-sized backlit keyboard that’s both pleasant and accurate to type on, with an extended 1.2mm of travel on each keystroke. The convertible form factor means you can flip the display into tablet mode and start writing or drawing with any USI-compatible stylus on the C436’s touch display, which supports up to 4,096 levels of pressure to convey your vision on-screen.

A fingerprint sensor built into the keyboard enables a seamless unlock experience and another layer of device security. On top of its automatic updates and built-in resilience against malware and viruses, the C436’s Chrome OS benefits from Google’s diligence about enforcing two-step verification, checking for third-party app access, logging device sessions, and alerting users about security issues.

Audio is delivered via an audio combo jack or the C436’s omnidirectional four-speaker array — the Harman Kardon-certified speaker setup produces crisp audio with plenty of volume, regardless of how the screen is positioned.

Nordic product launch with local information will be in Q1 2020.

ASUS has over 20 years of experience in the technology industry and is a leading company in the new digital era. ASUS is the world's third largest laptops manufacturer and nowadays, since the beginning of 2016, it is the largest computer manufacturer in the consumer market across the Nordic region.

Currently, ASUS has a global staff of more than 17,000 employees, including 83 employees in the Nordic region.