No Yes
The measurement duct in Lindab's sound lab can be adapted to ventilation components in all normal shapes and sizes.

Sound measurement that is world class

Few people know about it, but Lindab has installed one of Europe's best sound labs in Farum near Copenhagen. It has recently been expanded so that it can now be used for sound measurements on virtually all types of products. The laboratory is not only used by Lindab itself but also by external customers that require precise documentation of their products' sound attenuation/absorption, sound power levels, and pressure drop.

Laboratory manager and development engineer Semir Samardzic opens the heavy iron door to the reverberation chamber – a cavernous concrete block of 147 tonnes supported by 32 pneumatic vibration dampers. They prevent noise from the surroundings affecting the sensitive sound measurements being conducted inside the room. Here, with an advanced GRAS microphone mounted on a rotating boom, Lindab can measure sound power level from the installed appliances with several decimals of precision.

Extra-long measurement duct
When measuring ventilation components the object is mounted in a 30 metre-long measurement channel, in which objects of all sizes, shapes and diameters can be inserted. In one side it is connected to the reverberation chamber, while the other end of the duct leads out into a speaker room, where 32 loud speakers send broad spectrum noise through the duct. For pressure loss and air generated noise measurements the fan placed in basement blows air through the system. The duct is 30 metres long and can thus be used to measure sound right down to 50 Hz with minimal end reflections.

Ultrasound and new software offers faster measurements
Another improvement is that the air speed in the duct can now be measured with Lindab's own ultrasonic flow meter "Ultralink" rather than anemometers. This gives a greater degree of precision and is faster to work with. In addition, the software used to process the large amounts of sound data is now more flexible so that it can easily be adapted to measuring different types of products. This means that measurements can now be performed twice as quickly as before the expansion.

Open to everyone
The laboratory has existed since 1999, when it was built in accordance with ISO 7235*. The purpose, first and foremost, was to use it in the development of Lindab's own products. Today, however, other companies can also order measurements according to their requirements. This can typically be carried out with just a few days' notice, as opposed to university sound laboratories, for example, which often have longer waiting times because they are used primarily for research. Measurements can for example be for silencers, fans, filters, heat exchangers, heating and cooling elements, dampers, air handling units etc.

"We get a number of enquiries from companies looking for sound measurements for their products, because they assume that we have a great need in this area ourselves. They are generally not aware that our equipment and facilities are actually among the best in Europe," says Semir Samardzic.

1) How much sound is being attenuated by the object

2) How much noise does the object generate itself when air flows through it?

3) How large a drop in pressure does the object account for?

"During the development of our own series of SLSR sound attenuators, we used data from the laboratory to verify our simulation results and optimising the end product with a pressure drop that was around 40 percent lower than that we started with. This means a lot to a ventilation system's total energy consumption. The greater the pressure drop the components have, the more the fan must work to supply the required airflow to the users," says Semir Samardzic.

Noise-free air from the basement
The air that blows through the measuring duct comes from a fan placed in the basement under the laboratory. Here too, many precautions have been taken to prevent undesired fan noise to affect our measurements in the reverberation chamber. Before the airflow enters the measurement duct, it has already passed through two large sets of sound attenuators, which effectively eliminate all fan noise. If you stand on one side of the attenuators and speak to a person on the other side – just five metres away – then it is almost impossible to hear each other. The sound attenuation really is that effective. 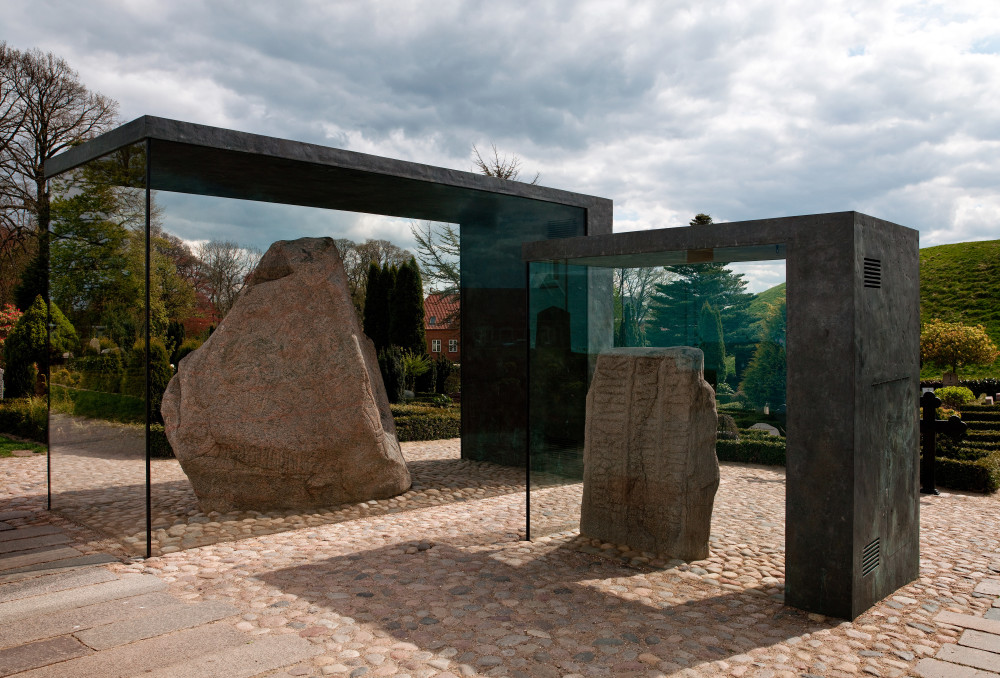 Glass cabinets around the Jelling Stones were measured acoustically in Lindab's Sound Lab
Some years ago, Rambøll decided to make use of our facility for a special project: the Agency for Culture and Palaces and the National Museum of Denmark decided to build glass cabinets around the Jelling Stones. This was to protect them, not only from vandalism but also against degradation. This means that both air humidity and temperature must be controlled in the glass cabinets. To ensure that the climate control did not give off any disruptive noises to the public, both glass cabinets were assembled in the reverberation chamber in Lindab's laboratory so the sound level could be documented.

How the sound lab is constructed 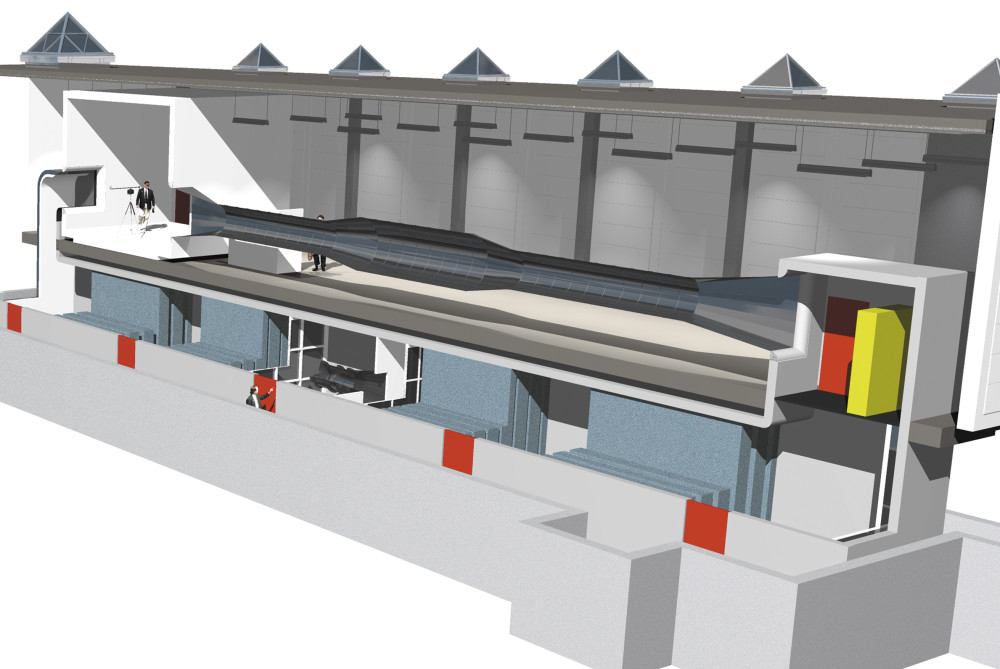 Lindab - For a better climate

Lindab is a leading ventilation company in Europe. Lindab develops, manufactures, markets and distributes products and systems for energy-efficient ventilation and a healthy indoor climate. The products are characterized by high quality, ease of installation and environmental thinking.