On February 6, 1959, AB Lidhults Plåtindustri was founded in Grevie in northwestern Skåne by Lage Lindh and Valter Persson. It was the start of the company that 10 years later was named Lindab AB. Since then Lindab has grown to become a multinational company on the stock market, with over 5,000 employees in more than 30 countries. When the company turns 60 on February 6th, a piece of Swedish industrial history will be celebrated at the same time.

Neatness and order, down-to-earth, and customer success. When Lindab was founded in Grevie on February 6th 1959, solid corporate values were one of the cornerstones of the company. Something that would prove to be a winning strategy. What started out as a small business for processing sheet metal on the Bjäre peninsula in southern Sweden has today grown to become a multinational company that provides the international construction industry with high-quality ventilation systems and building products.

“We still work in accordance with the values that were established when Lindab was founded. In those days it was called good tradesmanship. It was all about putting the customer first and doing all you could to ensure the customer was successful. It’s basically what we today call entrepreneurship,” says Ola Ringdahl, CEO of Lindab.

A foundation of Swedish steel

Since Ola Ringdahl became CEO in June 2018, he has continued to be impressed by the corporate culture on which Lindab was built. The company was founded during the golden age of Swedish industry, and it coped well throughout the country’s difficult years from the mid-1970s until the early 1980s. In addition to corporate values, Ola mentions Swedish steel as a success factor that made Lindab strong even in times of recession.

“We rest on the strong traditions of Swedish steel. Swedish steel manufacturers are among the best in the world, and we have worked in partnership with several of them. At Lindab we know our steel and how best to work with it,” says Ola. 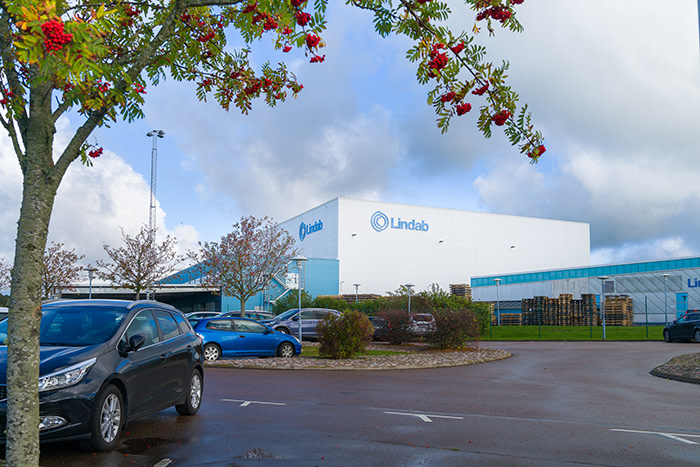 Just like other companies, Lindab is today working on the challenges digitalization poses for the industry. Another challenge for the industry is climate efficiency. There, Lindab is already well ahead, thanks among other things to its energy-efficient ventilation solutions.

“We will continue to work according to the principles that have brought this company success. It is a success story, and a piece of Swedish industrial history. Lindab has grown steadily over the years, and will continue to expand at a rate that means we can keep up. We want to grow in terms of both profitability and quality,” says Ola.

Lindab develops, manufactures, markets and distributes products and system solutions for simplified construction and improved indoor climate. The products are characterised by their high quality, ease of assembly, energy efficiency and consideration towards the environment, and are delivered with high levels of service for increased customer value.

Lindab is established in 32 countries and has around 5,500 employees. Its shares are listed on the Nasdaq OMX Nordic Exchange, Stockholm, Mid Cap, under the abbreviated name LIAB.

Lindab - For a better climate

Lindab is a leading ventilation company in Europe. Lindab develops, manufactures, markets and distributes products and systems for energy-efficient ventilation and a healthy indoor climate. The products are characterized by high quality, ease of installation and environmental thinking.