Hurtigruten’s hybrid powered expedition cruise ship MS Roald Amundsen has once again made history – as the first ship ever named in Antarctica.

- We could not think of a better location than Antarctica to name a truly unique ship like MS Roald Amundsen, Hurtigruten CEO Daniel Skjeldam said. 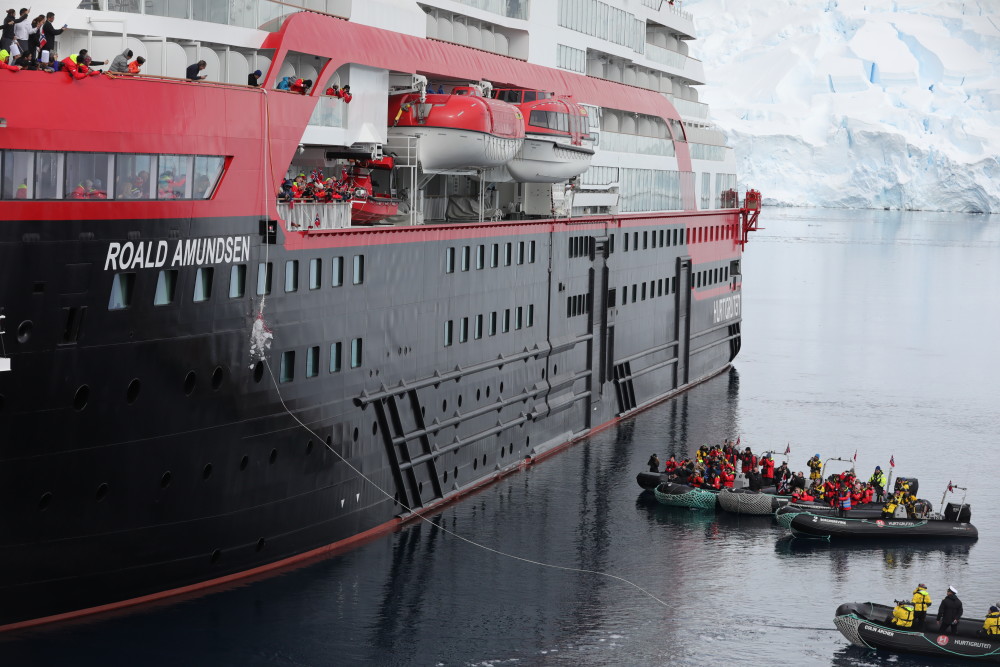 The ship was named with a chunk of ice by godmother Karin Strand. PHOTO: Shayne McGuire/Hurtigruten.

Replacing the traditional bottle of champagne with a chunk of ice, godmother and polar pioneer Karin Strand revived a ritual invented by polar hero Roald Amundsen himself.

As Strand crushed the ice against the hybrid powered ship’s raked bow, she chose Amundsen’s own words, first used when he christened the polar ship Maud in 1917:

“It is not my intention to dishonor the glorious grape, but already now you shall get the taste of your real environment. For the ice you have been built, in the ice you shall stay most of your life, and in the ice, you shall solve your tasks”.

With green technology to the White continent 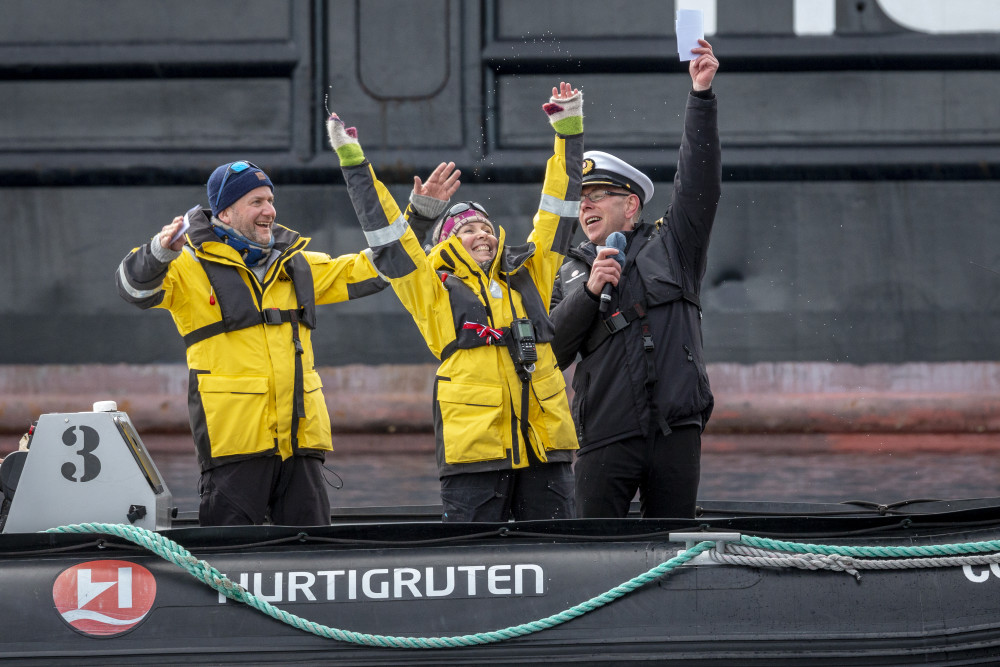 Hurtigruten, the world’s largest and leading expedition cruise line, specially designed MS Roald Amundsen for exploring some of the most spectacular waters of the planet. The hybrid powered expedition ship honors her namesake’s legacy by taking guests to destinations such as Antarctica, Alaska and the Northwest Passage.

- For all of us on board MS Roald Amundsen this is a very special day for a very special ship. She is the most innovative vessel to hit the waters in decades and we hope she will serve as an inspiration for others to follow, captain Kai Albrigtsen says. 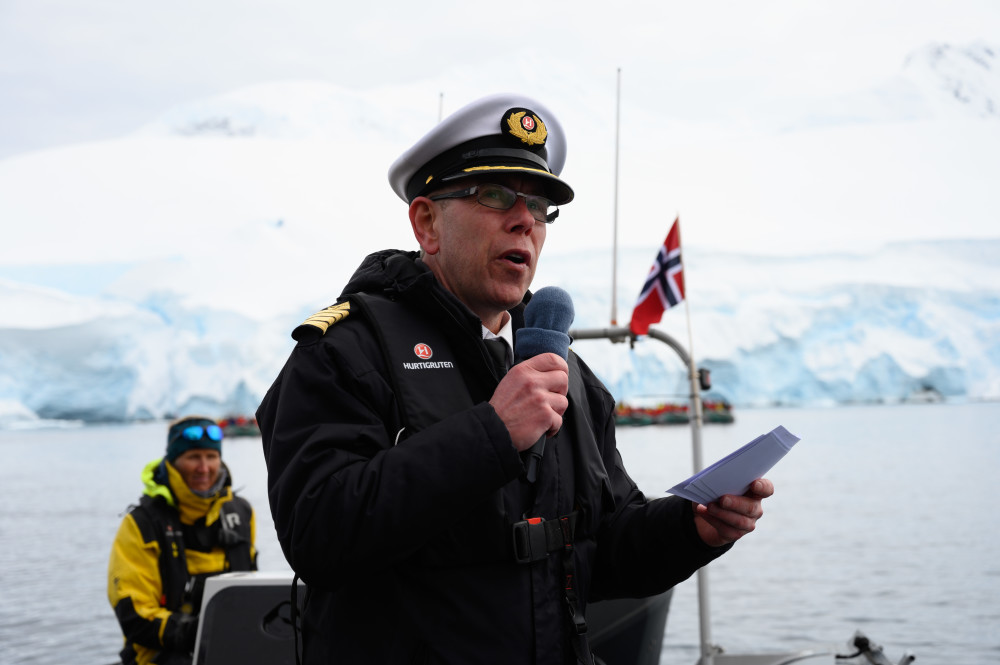 - I am truly honored to share a historical moment like this with likeminded explorers and colleagues, dedicated to exploring our oceans in a more sustainable way, godmother Karin Strand says. 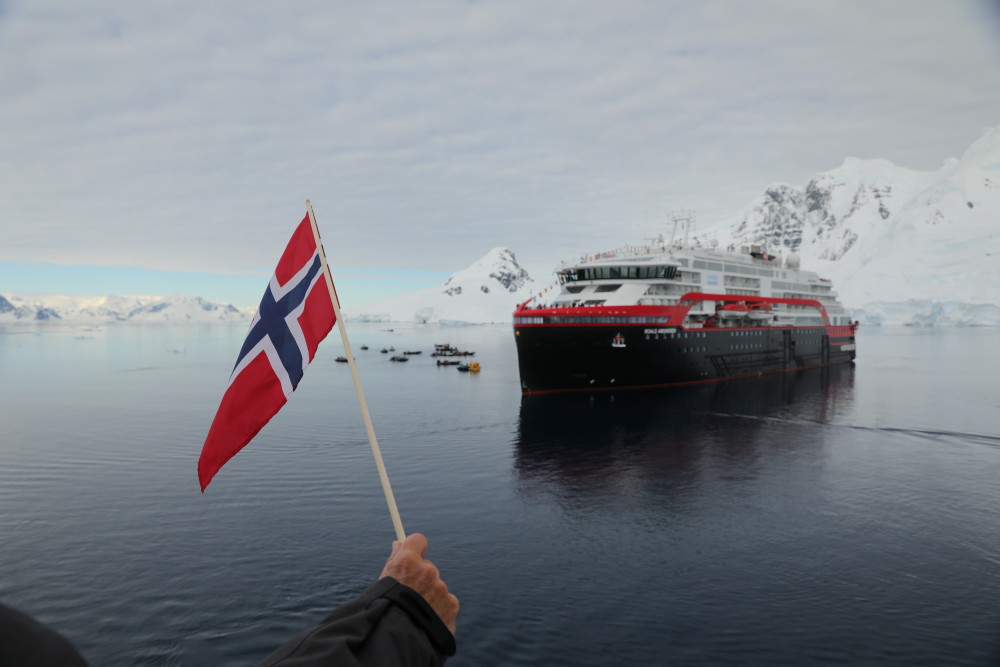 Guests from MS Midnatsol could follow the ceremony from nearby. Photo: Shayne McGuire/Hurtigruten.

As the guests of MS Roald Amundsen followed the naming ceremony from inflatable explorer boats, they were joined by guests and crew on board Hurtigruten’s MS Midnatsol – currently on an expedition cruise exploring Antarctica.

During the ceremony, Skjeldam revealed that Karin Strand had asked for the traditional godmother gift to be replaced by a donation to Hurtigruten Foundation, a foundation specially set up to contribute to areas Hurtigruten explores.

- We want to use this first ever Antarctica naming ceremony to pay our respects to our oceans, the environment and past and present explorers, Skjeldam says. 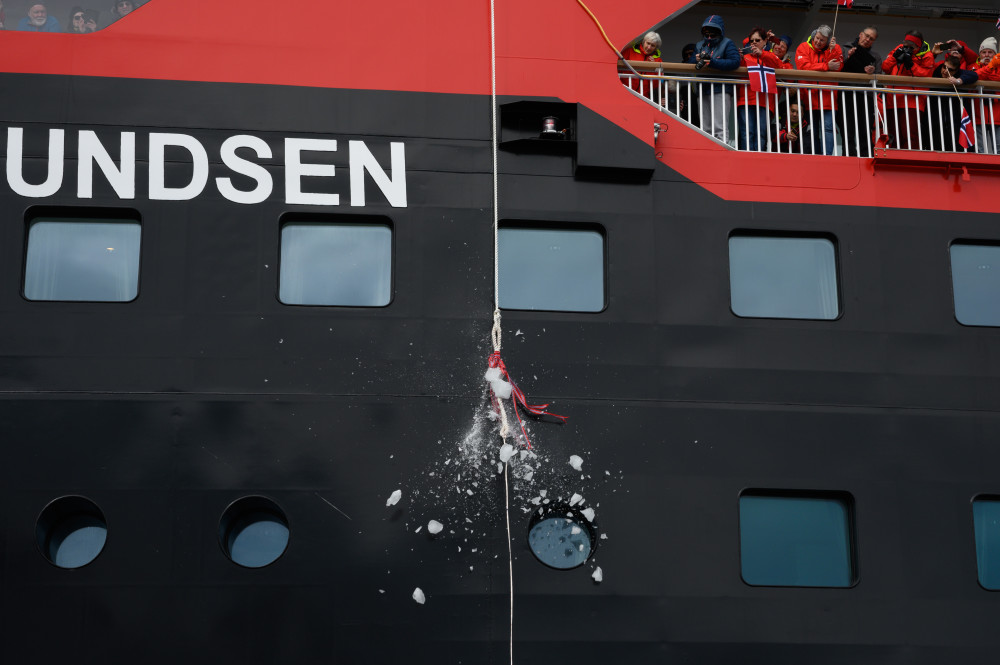 The ship was named with ice in the ice. Photo: Kim Rørmark/Hurtigruten

In the wake of great explorers

This summer, MS Roald Amundsen made history as the first cruise ship to sail on battery power and became the first hybrid powered ship to traverse the legendary Northwest Passage.

After completing the 2019/2020 Antarctica season, MS Roald Amundsen will spend the summer of 2020 in Alaska.

A second battery hybrid powered expedition cruise ship – MS Fridtjof Nansen – will join the growing Hurtigruten fleet next spring. She is currently under construction at Norway’s Kleven Yard and is expected to be delivered well ahead of her April 2020 debut.

FOR MEDIA: Images and videos of MS Roald Amundsen – and the first ever Antarctica naming ceremony – can be found here: 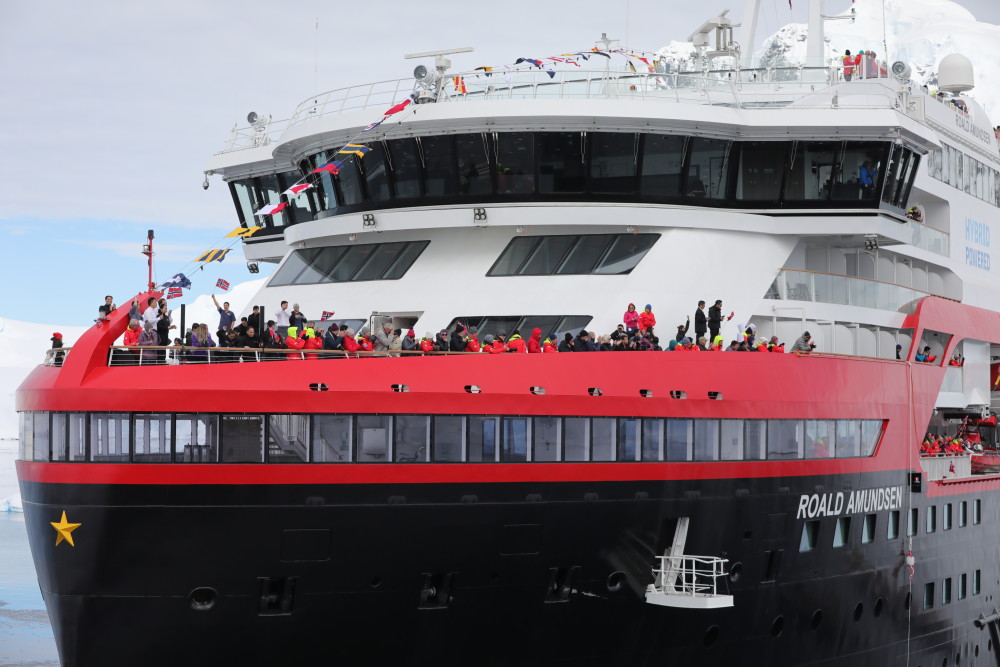 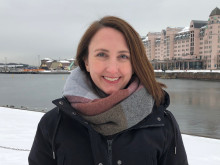 Hybrid powered expedition cruise ship MS Roald Amundsen continues to make history – as Hurtigruten announces the first ever ship naming ceremony in Antarctica. Instead of the traditional bottle of champagne, MS Roald Amundsen’s explorer heritage will be honored by naming the vessel with a chunk of ice. 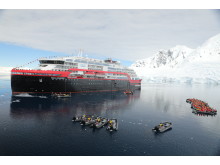 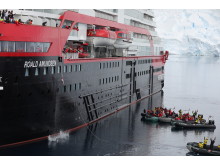 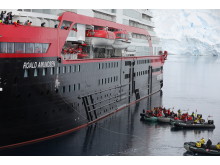 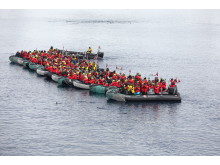 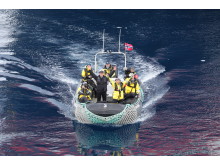 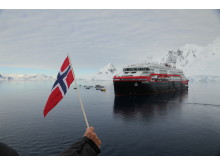 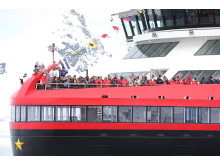 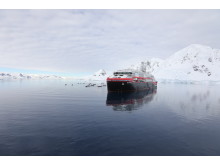 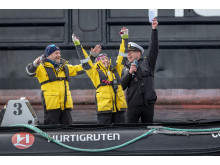