Once completed, the solar park will consist of 117.000 modules supplying electricity to nearly 3.000 households. The inauguration ceremony on the construction site marks the culmination of a dedicated effort from Obton and the collaborators involved.

Mr. Anders Marcus CEO of Obton unveiled the solar-lit sign to be mounted at the entrance of Obton’s first solar park in the Netherlands. The solar park is inaugurated by the honorable guests: the Mayor of Stadskanaal, the Danish Ambassador to the Netherlands, King’s Commissioner and the Dutch bank, ING.

“It has been a great experience to have worked with such competent and straight-forward professionals throughout this project. At Obton, we cherish and embrace the work effort that has been put into the completion of the project,” says CEO Anders Marcus.

Obton’s Chief Project Officer, Bent Hansen, has the following comment on the completion:

“I’m extremely satisfied with how the project came together. There can be no doubt that this is an extremely professional and ambitious group of people we have had the pleasure to work with – and we are thrilled to start the projects to come.”

The lender of the project, ING, is also expressing their enthusiasm over the project and the collaboration with Obton. Director – Head Sustainable Project Finance, Marc Borghans, says:

“I look forward to continue cooperating with the professional and experienced people from Obton, who for several years have proven that they are capable of planning and executing major solar projects. I’m convinced that together we will be able to make a real impact in the Dutch market.”

Over a number of years, Obton has become one of the major players in the European PV market; however, the ambitions extend much further, therefore Obton’s entry into the Dutch market matches perfectly with the company’s ambitious growth strategy.

Obton is an investment and management company specialized in renewable projects. Obton represents retail investors and manages a rapid growing PV-portfolio of more than 360 MW with an enterprise value of EUR 840m. The plants are primarily located in France, Italy, Germany, Belgium and the Netherlands. 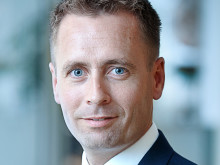 Founder of Obton in 2006 with many years of experience in purchasing and financing of renewable projects. 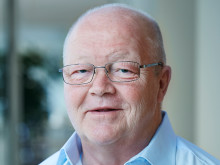 More than 25 years of experience in the renewable energy sector. Responsible for the purchasing of renewable projects.

Increasing interest in sustainable investments, expansions on the European and Australian markets and an increase in the number of real estate projects have resulted in a pre-tax profit of EUR 19,5 million for Obton Group

Danish investment company Obton sits 11th on the ranking of the biggest asset owners in the European solar business, according to a recent report from the industry magazine Solarplaza.

After extended analysis of the market, we are proud to announce that Obton has invested in a solar park of 14 MWp in the northeastern parts of the Netherlands. It is the first time Obton enters the Dutch market for solar power, and with this investment Obton manages one of the largest solar projects in the Netherlands.

How earthquakes are changing the Dutch energy system

For more than 50 years, the Netherlands has been blessed by its enormous natural gas reserves. But recent events have shown the Dutch that cheap and abundant energy can also come at a price. Trade attaché at the Embassy of Denmark in the Netherlands, Heide Ehlert-Jürgensen, explains why the Dutch energy system is changing rapidly.

Renewables: How the Dutch can meet its impossible targets

The Netherlands is undertaking the enormous task of transforming its energy system. Historically, the Dutch have relied heavily on their gas reserves, but with natural deposits dwindling, the country is looking to renewable energy to meet its energy demands. And as Obton’s CEO, Anders Marcus, explains, solar energy will play a key role.