“Our Canadian staff have worked on the project for over three years, and we are tremendously proud and pleased that we have now secured a PPA that will allow the implementation of the project. It is a big contract for us, and we are looking forward to getting involved in the Canadian energy market.”

These were the words of Obton CEO, Anders Marcus, who can now look forward to an initial eight-year-long cooperation with the Canadian power company TC Energy, following the signing of the unprecedented PPA. The solar park is situated in the province of Alberta, in Western Canada, and will cover 200 hectares. In the PPA, TC Energy agrees to buy nearly 60 percent of the power. The remainder will mostly be sold on the market, says Anders Marcus:

“We have been in talks with several potential buyers of electricity from the remaining portion of the park, but we have to weigh what we get out of selling power on the spot market against expectations for energy prices in Alberta.”

A major market for renewable energy
The construction of the solar park will begin in Q4 2019, and the park is expected to be complete in the autumn of 2020. Canada, which has traditionally invested in oil and coal power, has in recent years made efforts to transform large parts of the country's energy supply from black to green. Among other things, solar parks are on the rise in the country and in a few years have become a major market for renewable energy.

The project in Canada is Obton’s first and, as well as the Danish solar investor's first merchant project being implemented via a negotiated and signed private PPA.

“We have seen a clear rise in the number of Power Purchase Agreements around the world, due to the fact that a PPA secures a series of benefits for both the power producer and the buyer. The PPA on our park in Canada is for eight years, which is a long time for such a contract in Canada and it means we are ensured a fixed price on the power for those eight years. With the expected increase in the price of electricity in Alberta as a result of, e.g. CO2 taxes and the phasing out of coal, we are convinced that we can also secure a good price for the electricity after that period, either through a new PPA or via the market,” says Marcus.

He further explains that in the future Obton will have increasing focus on PPAs and currently has its eye on several, for instance in Spain and Australia.

Construction expected to be completed by autumn 2020

Read more about Obton at https://www.obton.com/en/

For press photo, go to https://www.obton.com/en/press/

Obton is an investment and management company specialized in renewable projects. Obton represents retail investors and manages a rapid growing PV-portfolio of more than 719 MW pwith an enterprise value of EUR 1,4 billion. The plants are primarily located in France, Italy, Germany, Belgium and the Netherlands. 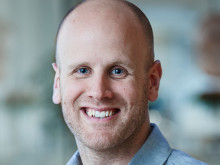 In charge of internal stakeholder communication as well as PR and marketing of Obton Acquisition and Finance.

A revolution in sustainable investments? Meet the EU’s new list

The days of making wild and undocumented claims about sustainable investments may soon be over. With its new detailed list, the EU aims to provide investors with a clear framework for assessing whether an investment is sustainable or not. This is obviously good news for solar PV facilities – although there are some conditions.

Danish investment company Obton sits 11th on the ranking of the biggest asset owners in the European solar business, according to a recent report from the industry magazine Solarplaza.