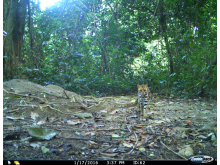 The Indian subcontinent is a hotspot for wild felines. A new study headed by Uppsala University now shows that only 6–11 per cent of the areas where three rare cat species have their habitat are protected. Lack of knowledge about these species has been an obstacle to understanding their needs for reserves. The research is presented in the journal Scientific Reports. 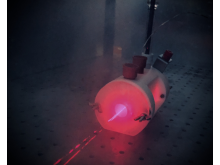 Hydrogen gas and methanol for fuel cells or as raw materials for the chemicals industry, for example, could be produced more sustainably using sunlight, a new Uppsala University study shows. In this study, researchers have developed a new coating material for semiconductors that may create new opportunities to produce fuels in processes that combine direct sunlight with electricity. 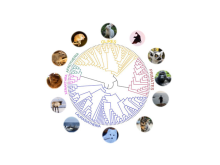 A large international consortium led by scientists at Uppsala University and the Broad Institute of MIT and Harvard has sequenced the genome of 130 mammals and analysed the data together with 110 existing genomes to allow scientist to identify which are the important positions in the DNA. The study is published in Nature.

How can stress in animals be measured? Scientists from Uppsala University and elsewhere have now found that what are known as epigenetic biomarkers could be used to detect long-term exposure to stress in commercially raised chickens. This may, in time, lead to improved conditions in animal rearing. The study has been published in the journal Frontiers in Genetics.

Subjected to chronic stress, animals show deterioration in their general state of health and a weakened immune system, which is unfortunate in terms of animal protection. For commercial animal production, it means that animal products are of a lower quality and a larger quantity of meat has to be discarded. These repercussions, in turn, adversely affect farmers’ finances and consumers’ food quality. Nonetheless, there are currently no reliable ways of measuring long-term stress in animals.

Researchers from Sweden and Brazil have now, in chicken studies, looked for signs of how chronic stress can affect the genes of red blood cells, causing “epigenetic changes”. In brief, this means that specific molecule types (“methyl groups”) attach themselves to different parts of the DNA strand (“methylation”), depending on how the animal has lived. This may exert long-term effects on gene expression. Genes can, for example, be turned on or off (activated or deactivated).

The chickens studied, males of the popular White Leghorn breed of laying birds, were divided into two groups. One group was raised in a normal commercial environment, housed with other chickens and with good access to food and water. In the other group, the birds were exposed to factors known to induce stress. They were periodically isolated from one another, with also limited access to food and water. The same experiment was performed in both Sweden and Brazil.

“We took blood samples from the chickens in both the control group and the stress group after the stress treatment ended. We analysed the methylation of red blood cells and compared methylation patterns in the two groups,” says Fábio Pértille of the University of São Paulo, the first author of the study.

What they then saw was that in the stressed birds, the way in which the methyl groups had bound to the DNA of the red blood cells was entirely different from how this occurred in the control chickens. Although the scientists were unable to see how long these changes persisted, they were nonetheless an indication that the chickens had been exposed to prolonged stress.

“It’s early days, but the results from this study are a step towards being able to identify specific epigenetic biomarkers that are evidence of the stress imposed on commercially raised animals in their living environment. It would be highly useful to have a diagnostic tool for tracking recurrent stress in production animals. And that could bring about, for example, improved health and protection for farmed animals; meat and dairy products of higher quality; and reduced use of antibiotics,” says Carlos Guerrero-Bosagna, a researcher in environmental toxicology at Uppsala University.

How can stress in animals be measured? Scientists from Uppsala University and elsewhere have now found that what are known as epigenetic biomarkers could be used to detect long-term exposure to stress in commercially raised chickens. This may, in time, lead to improved conditions in animal rearing. The study has been published in the journal Frontiers in Genetics. 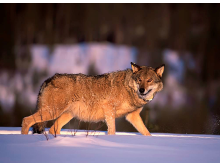 The Scandinavian wolf originally came from Finland and Russia, and unlike many other European wolf populations its genetic constitution is virtually free from dog admixture. In addition, individuals have migrated into and out of Scandinavia. These findings have emerged from new research at Uppsala University in which genetic material from more than 200 wolves was analysed. 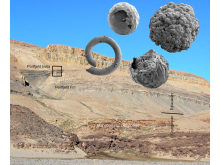 When and how did the first animals appear? Science has long sought an answer. Uppsala University researchers and colleagues in Denmark have now jointly found, in Greenland, embryo-like microfossils up to 570 million years old, revealing that organisms of this type were dispersed throughout the world. The study is published in Communications Biology. 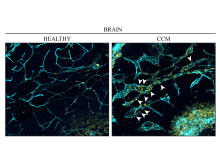 In the condition known as cavernoma, lesions arise in a cluster of blood vessels in the brain, spinal cord or retina. Researchers from Uppsala University can now show, at molecular level, that these changes originate in vein cells. This new knowledge of the condition creates potential for developing better therapies for patients. The study has been published in the journal eLife. 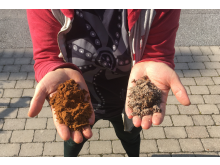 How can new life forms that we cannot see be discovered? Using a novel method based on looking for DNA in soil samples, researchers at Uppsala University have revealed the existence of two hitherto unknown, but very common fungus species. They are thought to perform a key function in the ecosystem, but their exact role remains to be clarified. The study is published in the journal IMA Fungus. 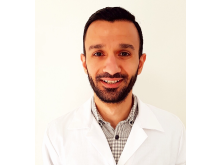 In Alzheimer’s disease, a protein (peptide) forms clumps in the brain and causes sufferers to lose their memory. In a recently published article, a research group at Uppsala University described a new treatment method that increases the body’s own degradation of the building blocks that lead to these protein clumps. 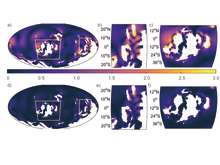 Big tidal ranges some 400 million years ago may have initiated the evolution of bony fish and land vertebrates. This theory is now supported by researchers in the UK and at Uppsala University who, for the first time, have used established mathematical models to simulate tides on Earth during this period. The study has been published in Proceedings of the Royal Society A.