The Mothership, a new desktop replacement that redefines the gaming laptop form factor. Instead of sitting flat, ROG Mothership stands tall to draw more air into its advanced cooling system. Its keyboard detaches and folds to fit different scenarios, giving users the freedom to find the perfect position, and the innovative design leaves enough room to put all the speakers right below the screen.

A radical internal concept made real, ROG Mothership caters to power users who appreciate the engineering and craftsmanship that goes into premium PC hardware. This desktop replacement redefines what’s possible for portable gaming machines that take hardcore horsepower to go. ROG Mothership will be available in Q2 2019. 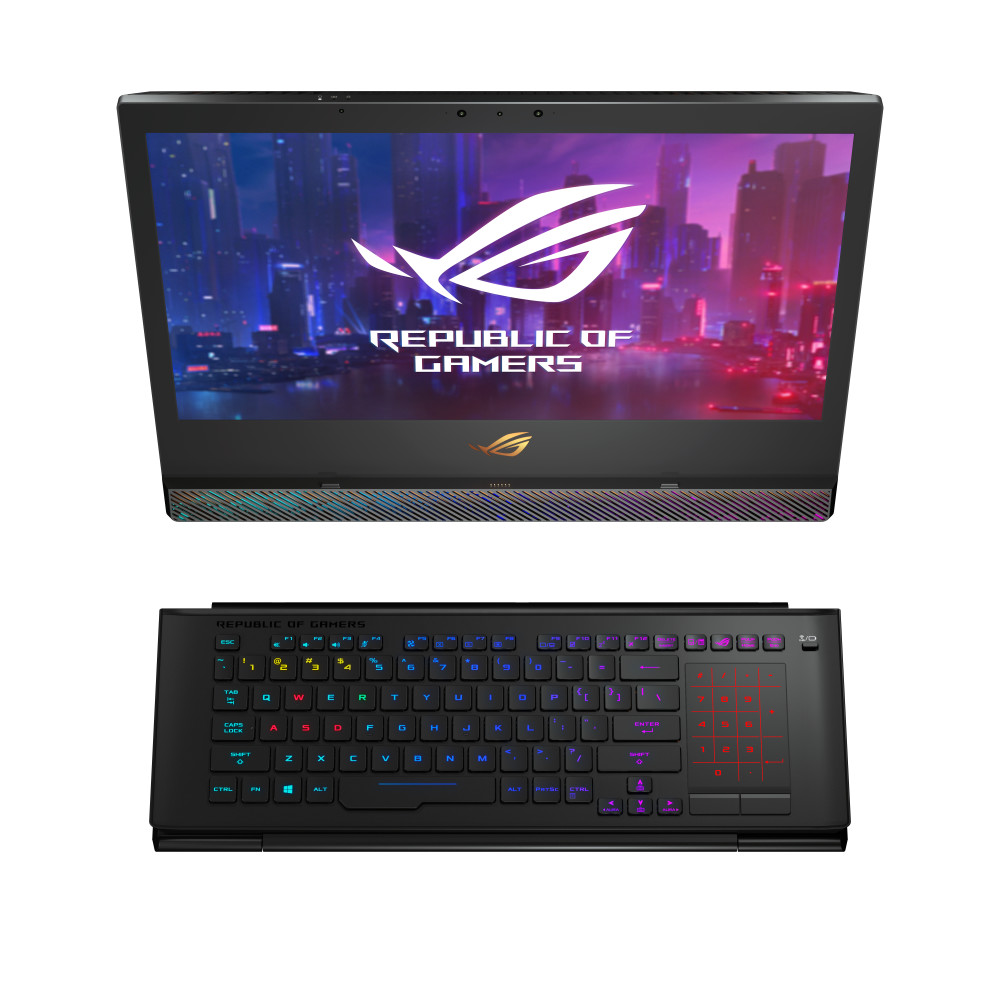 The ROG Zephyrus S GX701 - The Zephyrus S GX701, an ultraslim 17” gaming laptop that takes hardcore gaming to the next level with the latest NVIDIA® GeForce RTX™ with Max-Q design graphics and 8th Generation Intel® Core™ i7 processor. Zephyrus S GX701 features a 17-inch display with a 144Hz refresh rate, and frames it with super-narrow bezels. It also adds NVIDIA G-SYNC™ and Optimus™ technology into the mix. The PANTONE® Validated panel is ideal for immersive gaming or serious content creation.

Even with these upgrades and a much larger screen, Zephyrus S GX701 maintains an impressively slender profile and surprisingly compact footprint. It’s more immersive, powerful, and versatile than any Zephyrus before without sacrificing the portability that defines the family. 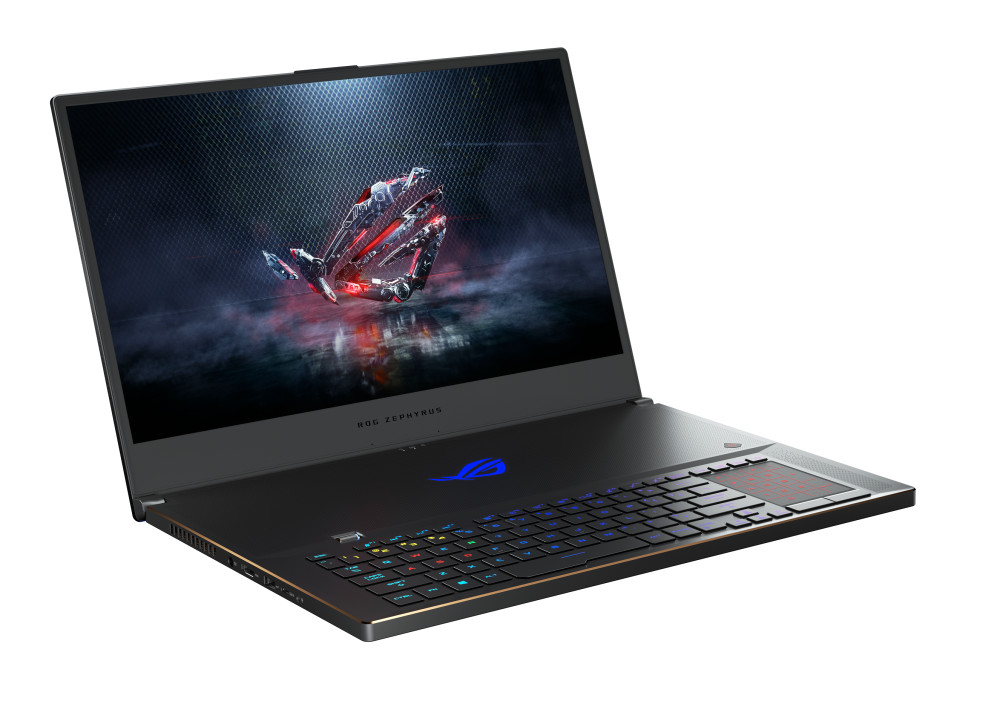 The ROG G703 - carries the torch for desktop replacement clamshells

While the just introduced ROG Mothership represents the future, the ROG G703 takes the present into the next generation. It is powered by 8th Generation Intel® Core™ processors with an optional factory-overclocked Intel Core i9-8950HK processor for speeds of up to 4.8GHz. Sticking to a traditional 17” laptop form factor requires beefier cooling and a thicker chassis to achieve the same performance as its deep-breathing sibling. The larger heatsinks and fans are so effective that the G703 can keep up despite having much less room to breathe.

Sticking to a familiar design imparts a different sort of versatility. The ROG G703 can sit on your lap in a pinch, which for some will mean the difference between making and missing a deadline, especially when on location or on the road. Despite being rooted in tradition, the G703 still incorporates the latest technology and features to ride the cutting edge.

The ROG Zephyrus S GX531 - sets the standard for slimness

Putting high-end gaming components into an ultra-slim laptop is exceedingly difficult, especially when targeting a thinner chassis than ever before, but the Zephyrus S GX531 delivers with a remarkably compact body that’s a testament to ROG’s engineering prowess. The slender exterior measures nearly 15mm thin and leverages a 15.6” display with super-narrow bezels to squeeze into a smaller footprint, so you can easily stuff the system into bags made for laptops with much less power.

The ROG Zephyrus S GX531 lowers its profile without scaling back on specifications. You get cutting-edge parts like the latest Intel Core i7-8750H CPU, a premium 144Hz refresh rate display plus all the ROG essentials. They are just squeezed into a slimmer package that lacks some of the extras available in the new compact 17” ROG Zephyrus S GX701. That makes the smaller Zephyrus S a more focused alternative for people who prioritize portability above everything else.

Built for the FPS side of the esports arena, the ROG Strix SCAR II comes in 15.6” and 17.3” flavors available with the same 144Hz refresh rate and 3ms response time. Both versions are draped in a shooter-inspired motif that uses splashes of camouflage to create a unique aesthetic fit for the battlefield. Highlighted WASD keys further reinforce the SCAR’s roots and ensure that you can easily find the home row for FPS gaming.

NVIDIA GeForce RTX 2060 graphics give the 15” SCAR II GL504GV and 17” SCAR II GL704GV enough horsepower to drive triple-digit frame rates in popular shooters. Serious gamers should upgrade to the GeForce RTX 2070, though; the SCAR II GL504GW and GL704GW offer this more powerful graphics with both screen sizes, providing additional performance headroom for competitive gaming, demanding AAA titles, and cutting-edge VR experiences. Choose between a larger 17” display that is more immersive and a compact 15” display that is more portable.

For additional information on the new ROG laptops visit us at - https://rog.asus.com/articles/rog-gaming-laptops/rogs-geforce-rtx-gaming-laptop-guide-meet-the-latest-generation-of-a-growing-family/- Please copy and paste into your browser for access.