ASUS Republic of Gamers (ROG) announced a collaboration with ACRONYM®, a leading technical apparel design agency, to create a special edition ROG Zephyrus G14 gaming laptop that melds top-of-the-line hardware with a radical new vision for what technology can be. This device is based on a design concept grounded in Errolson Hugh’s vision of a more empowered user: not just a gamer, but a thinker and a creator.

Prodouct pictures can be found here 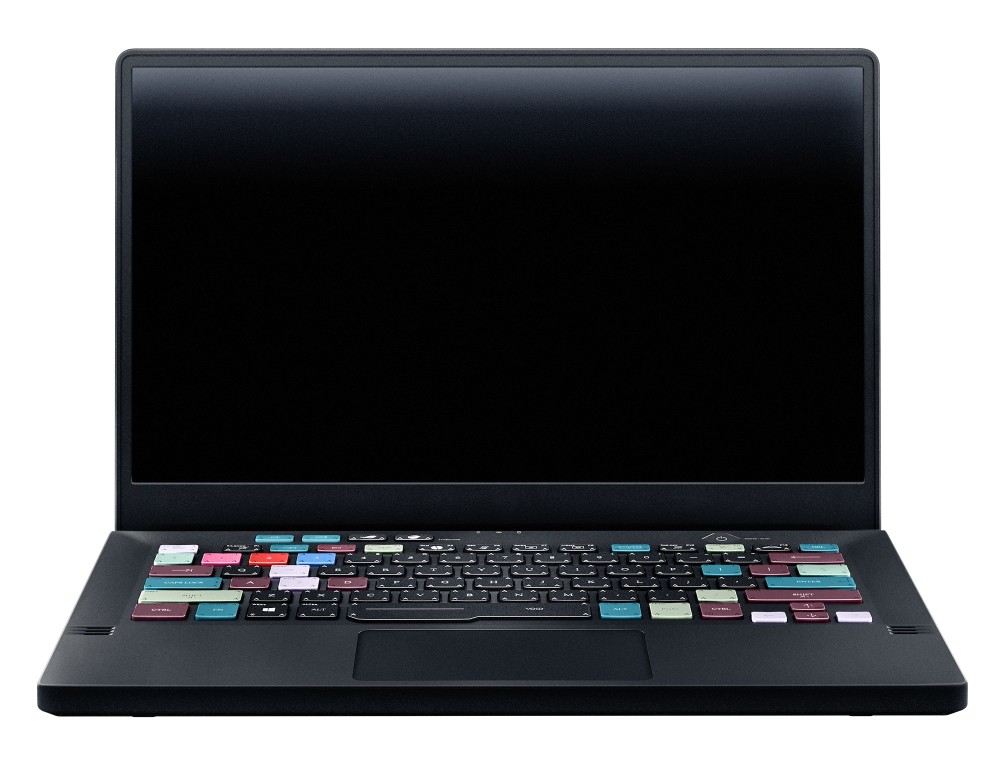 ACRONYM®’s co-founder Errolson Hugh has been a pioneer in the technical apparel industry since the company’s founding in 1994. In the 26 years since, their agency has built an extensive design portfolio dedicated to fusing singular style with the latest technology. Whether they’re designing product lines for Nike and Arc’Teryx, virtual video game gear for Square Enix / EIDOS, or creating clothing under their own flag, ACRONYM® has a proven track record as a visionary in the apparel industry with a commitment to sourcing top notch materials to create utilitarian designs that go far beyond style.

“We try to break the expected relationship with a product to make the user feel more aware of the product as a tool, and make them more active and engaged with it. It’s too easy to become complacent toward the technology we use and let into our lives, and that can make us passive recipients of information, and thus less creative and less empowered.”

Hugh brought in long-time collaborator, designer David Rudnick, whose studio, Terrain, is sought-after by industry leaders in fashion, music and the arts for their visionary approach to building visual systems that require a completely original aesthetic. Together, Rudnick and Hugh designed and prototyped a new design language from the ground up, including bespoke typefaces and material treatments, touching every aspect of the ROG Zephyrus G14.

This forward-thinking approach made ACRONYM® a natural design partner for the Republic of Gamers. ROG is committed to making premium gaming hardware that’s powerful enough for pro-level work and play, while also being customizable enough that every gamer can express themselves. ACRONYM®’s designs consistently embody their belief that aesthetic expression is a form of freedom. Through style, audiences can share their story, their way. 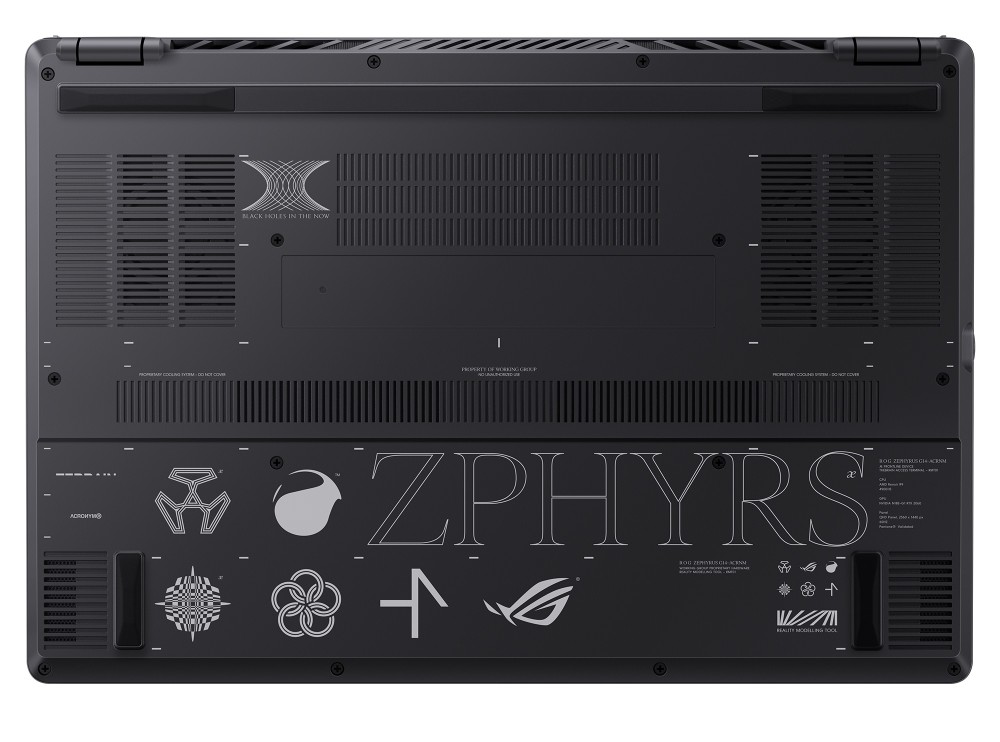 Pushing the Limits of Engineering

No device better epitomizes the convergence of style and technology than the ultraslim Zephyrus G14. With its title as the most powerful 14” gaming laptop on the market, the G14 is well-equipped for both everyday multitasking and gaming, and engineered with high-end materials lightweight and resilient enough to travel anywhere–the ideal canvas for ACRONYM®’s first gaming hardware design.

Go anywhere. Do anything.

On a pure component level, the Zephyrus G14 boasts a punchy 8-core 16-thread AMD® Ryzen™ 9 CPU and a potent NVIDIA® GeForce® RTX™ 2060 GPU, which gives it the power for content creation, like editing videos or streaming, and lets it blaze through tons of modern titles. It also features a slick IPS-level display that’s PANTONE® Validated for color accuracy and boasts Adaptive Sync variable refresh rate technology for ultra-smooth gaming.

That the device manages to pack this considerable power in a 14-inch chassis less than 20mm thin takes premium to a new level. The Zephyrus G14 is crafted from high-end materials, from its magnesium alloy deck to its aluminum lid, that allow it to be as light as it is strong. Visually, it’s also set apart by its one-of-a-kind AniMe Matrix™ LED display that offers gamers and creators a new platform to show off custom animations, text effects, and audio visualizers. 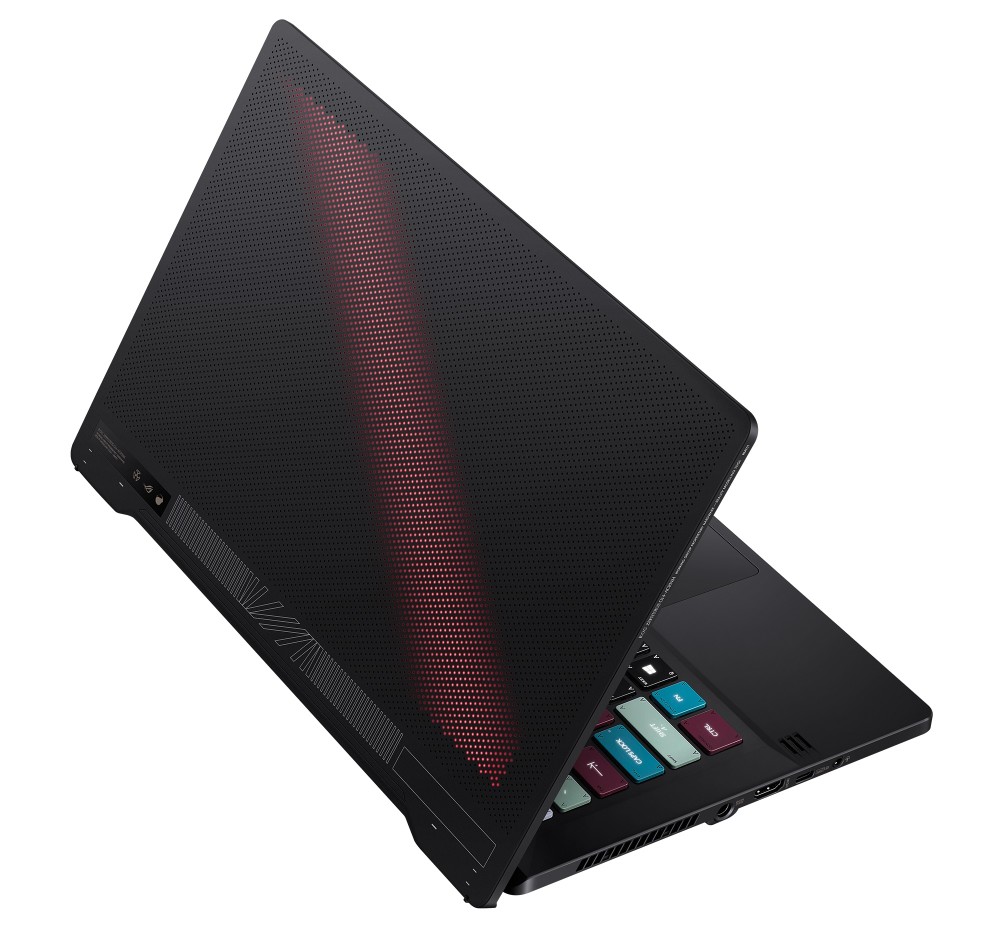 Precision etchings along its sides reinforce the notion that this is a precision-crafted tool that also took great technical care to make. While its carbon black surfaces are sleek enough to blend into any environment, a closer look reveals striking touches, schematic markings, and iconography that invite curiosity. Every detail on the laptop was given consideration; even the AniMe™ Matrix is equipped with eight ACRONYM®-designed animations exclusive to this device. 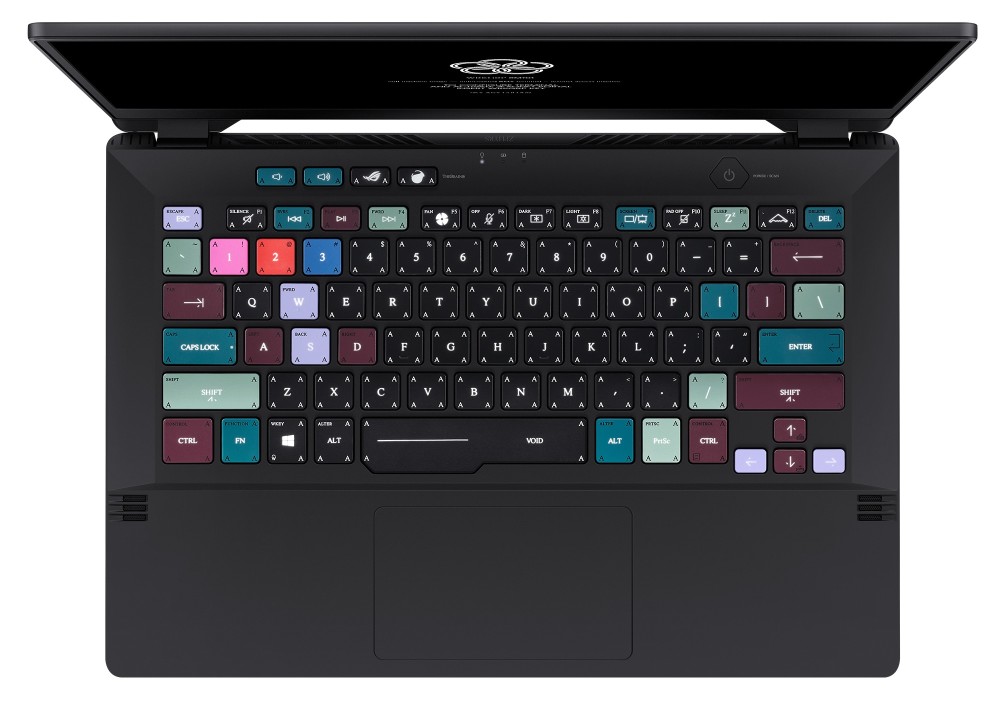 ACRONYM® addressed every point of contact between the user and the machine. Even the device’s packaging is unique, designed to fully follow through on ACRONYM®’s philosophy of sustainability and functionality. Everything from the box to the unique ACRONYM® Airpak laptop sleeve is designed to be reusable and recyclable. Altogether, the ROG ZEPHYRUS G14 ACRNM RMT01 represents a bold new frontier in gaming technology, fusing next-gen style with next-gen hardware for the next generation of gamers.

The ROG ZEPHYRUS G14 ACRNM RMT01 was built to satisfy the most dedicated gamers and tailored by ACRONYM® to meet the needs of the next generation of creative professionals. ACRONYM® and ROG are proud to take this first step together toward a radical new vision of what users’ experience of what hardware and personal devices can be.

ACRONYM®® was founded in 1994 by Michaela Sachenbacher and Errolson Hugh as an independent design agency with a focus on the unification of style and technology in apparel. Through its eponymous brand, as well as its numerous contract design projects, ACRONYM® has been instrumental in the emergence of a new generation of technical apparel products and users. The ACRONYM® agency continues to provide consulting and design services for selected brands and companies throughout the world.