Leif Holmlid, professor emeritus at the University of Gothenburg, and GU Ventures have worked together for some years now to develop new clean energy solutions from nuclear fusion. The concept is based on Deuterium, which exists in ordinary water and in all living organisms. Our vision is to replace heating stations which use fossil or other not renewable fuels in large numbers in all cold regions of the world. In this way, the emissions of greenhouse gases and of air pollutants be strongly reduced.

Let us present this area to start with: Nuclear fusion means merging of small atomic nuclei like hydrogen nuclei resulting in strong energy release. This energy generation method will be under development for the next 20&dash;30 years in large international research facilities like ITER in France. If this development will be successful remains to be seen. There are also large problems with the fuel tritium which will be used in such future fusion reactors, since it is radioactive and is not found in nature, but has to be produced for example in uranium fission reactors.

Other possibilities for fusion energy however exist. One method which has been known since the 1950&dash;ies is called muon catalyzed fusion. Advanced research in many countries shows that this method works. The fuel in this method is heavy hydrogen, also called deuterium. This form of hydrogen exists in ordinary water and in all living organisms. Deuterium is not radioactive. The reason why this method has bot been useful so far is that a source is needed to generate the muons which initiate the fusion reactions. Muons are also called heavy electrons.

At the Department of Chemistry and Molecular Biology, at the University of Gothenburg, an intense laser&dash;driven source for muons has been developed during the last ten years. During Autumn 2017, a patent was granted for this muon generator with Professor Emeritus Leif Holmlid as inventor. This patent is owned by a company, Ultrafusion Nuclear Power UNP AB, which is owned by the inventor together with GU Ventures, the holding company of University of Gothenburg. During 2018, this Ultrafusion company was merged with a Norwegian company, Norrønt Fusion Energy AS, that works in the same scientific area. It is intended to combine the resources of the two companies to promote and speed up the product development of the fusion reactor which uses the patented muon generator.

A detailed description of this type of fusion reactor has recently been published in a scientific journal in USA with calculations of how much energy is formed. The journal Fusion Science and Technology is owned by the American Nuclear Society. This article is authored by Leif Holmlid and published with Open Access, which means that everyone can read it for free at this link https://doi.org/10.1080/15361055.2018.1546090. It is shown there that it is easy to build fusion reactors with 1 MW heating power, thus with the energy out as hot water or heat in other forms.

This type of relatively small heat generator is needed in large numbers in all cold regions of the world to replace heating stations which use fossil or other not renewable fuels. In this way, the emissions of greenhouse gases and of air pollutants be strongly reduced.

This type of fusion reactor generates weak radiation of muons and like other fusion reactors also neutrons. These particles can be stopped quite easily by concrete walls. No dangerous products or rest products are formed. The fuel is very cheap and the running costs for the laser needed for the muon generator are low. There is no risk for uncontrolled nuclear processes which could give explosions or emissions: such risks can exist with other fusion methods. The method with muon catalysis cannot be used for weapons since no chain reaction or explosive ignition of the fuel takes place.

GU Ventures is atop ranked by UBI Global Index as one of the world's top 20 university-based incubators. Since its foundation in 1995, GU Ventures has developed 180+ new business ideas. The portfolio currently consists of 60 holdings, of which 44 is developed in the incubator. GU Ventures have exited over 40 companies so far and 12 have been listed. 87% of the companies in the portfolio contribute to the global sustainability goals set by the UN.

GU Ventures is wholly owned by the Swedish state and is managed by the University of Gothenburg. The assignment is to finance and develop new business and businesses related to the University of Gothenburg, which leads to utilization of research and competence, renewal of business, job creation and sustainable growth. Read more at: www.guventures.com.

GU Ventures distribute news and information about the new business projects and companies in the portfolio and alumni. 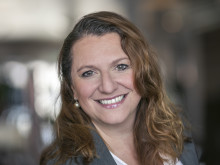 CEO at GU Ventures AB since 2007. Before that Investment manager and Marketing manager. Previously at Venture Cup, DaimlerChrysler... Visa mer