Amnesty International, a global independent watchdog and activist human rights organization has, for some time, followed the social media scene with watchful eyes. Amnesty International – a Nobel Peace Prize-winning organization, founded in 1961 – knows very well, how important the right to privacy is to the upholding of democratic processes and the respect of human rights.

They started by rating the privacy of certain social media platforms, such as WhatsApp, Telegram, etc., and have recently made this an important focus area in their efforts to support and promote the respect of human rights.

On the 21st of November, 2019, the organization published its report: “Surveillance giants: How the business model of Google and Facebook threatens human rights”. It is a seminal report, because this fiercely political and financially independent organization that commands global respect and admiration should be listened to by everyone.

“The companies’ [i.e. Google and Facebook] surveillance-based business model is inherently incompatible with the right to privacy and poses a threat to a range of other rights including freedom of opinion and expression, freedom of thought, and the right to equality and non-discrimination.”

“Google and Facebook dominate our modern lives – amassing unparalleled power over the digital world by harvesting and monetizing the personal data of billions of people. Their insidious control of our digital lives undermines the very essence of privacy and is one of the defining human rights challenges of our era.

To make it worse, this isn’t the internet people signed up for when these platforms started out. Google and Facebook chipped away at our privacy over time. We are now trapped. Either we must submit to this pervasive surveillance machinery – where our data is easily weaponized to manipulate and influence us – or forego the benefits of the digital world. This can never be a legitimate choice. We must reclaim this essential public square, so we can participate without having our rights abused.”

Here are some poignant issues that the report is stressing (text from the report):

The rise of “Big Data” and continuous tracking of people’s lives online has created a “golden age of surveillance” for states, providing authorities access to detailed information on people’s activities that would have been unthinkable in the pre-digital age.

The platforms are underpinned by state-of-the-art artificial intelligence (AI) and machine learning tools which can infer incredibly detailed characteristics about people and aggregate them into highly specific groupings.

This can influence, shape and modify opinions and thoughts, which risks affecting our ability to make autonomous choices. Moreover, the algorithms are designed to find the best ways to nudge people towards particular outcomes based on an individual’s unique personal characteristics. As such, techno-sociologist Zeynep Tufecki has described the platforms as “persuasion architectures” that can manipulate and influence people at the scale of billions.

The surveillance-based business model has created an architecture that has not only drastically shrunk and restricted the “private sphere,” but at the same time isolated people from one another, as each individual engages with their own highly personalized experience of the internet, uniquely tailored to them based on algorithmically-driven inferences and profiling. This leaves the door wide open to abuse by manipulating people at scale. The use of microtargeting for political messaging can also limit people’s freedom of expression by “creating a curated worldview inhospitable to pluralistic political discourse.”

Here we must take a sidestep from the report and revisit Mr. Zuckerberg’s, the CEO of Facebook, answer at the Congressional hearing when asked if it was true that Facebook tracked people outside of the Facebook platform. He was not sure about that; he would have to ‘consult with his staff’ and get back. Imagine that!

PS: Facebook has made clear that it “strongly disagrees” with the characterization of its business model as “surveillance-based”, arguing that the use of its products is entirely voluntary and therefore different from involuntary government surveillance as envisaged under the right to privacy. 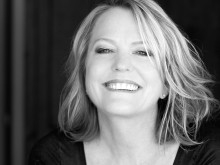 Privacy Baked In - a Conversation with Idka co-founder, Bjørn Stormorken

​We hear a lot about digital privacy these days. But, what does it mean to build solutions with privacy “baked in”? And why is this important for businesses, as well as individuals? Read our recap of the GoodTech Vidcast where we untangle these questions together with Co-Founder of Idka, Bjørn Stormorken.

How To Grow Your Team using a Private Workspace for Business

​Do you have a problem with employee engagement? Is it difficult to create an environment in which your team can grow? We hear you. For your business to be successful, it’s important to first find a workspace within which your team can be productive. Here’s how you can use the private workspace Idka, to maximize efficiency and improve teamwork.

From Evolution to Revolution - How social media has changed our wellbeing

How has social media changed our wellbeing? We go through the evolution of social media, the good and the bad, and discuss how we can make social media the connector it was meant to be - without all the harmful side-effects.

Trust in businesses, employers, governments, journalism, democracy, science and technology … and even in our fellow human beings, has taken a blow. Lack of trust has negative impact on society and business – a downward spiral of decreased productivity, innovation, and the decline of our collective wellbeing. As business leaders, trust is vital to our success. Can we rebuild it?