Rewarded for research on cross-laminated timber

–The appreciation is a highlight for me, says Gerhard Schickhofer. Today, Monday 7 October, he will receive the 2019 Marcus Wallenberg Prize for research and knowledge transfer behind cross-laminated timber, CLT.

Cross-laminated timber, CLT, consists of several layers of solid wood laminations glued together crosswise. The elements are stable and load-bearing and can be used in multi-storey wood buildings. Many projects around the world are now competing in constructing the world’s tallest buildings in wood.

Professor Gerhard Schickhofer, the Institute of Timber Engineering and Wood Technology at Graz University of Technology, Austria, has laid the scientific and technological foundation for the development of the material. For his discoveries he is awarded the 2019 Marcus Wallenberg Prize of SEK 2 million. Today he will receive his diploma from the hands of King Carl XVI Gustaf at a ceremony in Stockholm, Sweden.

–The Marcus Wallenberg award is the icing on the cake of my scientific and professional work, Gerhard Schickhofer says.

Science and industry together

Gerhard Schickhofer and his research team have played a leading role in establishing standards and Technical Approvals for CLT production and use in industrial applications of wood construction.

–CLT is the result of the cooperation between science and industry. It is good to know how much the construction industry has gained in importance with the product and how all over the world thousands of jobs have been created, not only in rural regions where the forest is nearby but also in urban areas, Gerhard Schickhofer says.

The material has radically transformed the view on construction and design in the wood building industry. Its laminar structure allows applications as full-size walls and floor elements as well as linear timber elements able to bear heavy loads. Prefabrication of different modules at the factory makes the assembly time on the building site shorter.

Conifers such as spruce, larch or pine, but also deciduous species such as birch, ash and beech, can be used in the engineered panels. Since the layers of solid wood are glued together longitudinally and transversely the elements are less affected by changes in dimension due to humidity fluctuation.

CLT is like solid wood a sustainable and renewable material, that stores carbon dioxide.

–Thus it makes sense to pursue building with CLT in order to push the sustainability strategy of the whole construction industry to the forefront, making it more carbon dioxide neutral and contributing to the fight against climate change, says Gerhard Schickhofer.

The Prize Selection Committee of the Marcus Wallenberg Foundation states in its motivation that Gerhard Schickhofer has made scientific and engineering contributions required to standardize the development of CLT and enable its adoption as a building material.

Gerhard Schickhofer has also succeeded in transferring scientific knowledge to practical applications. His user-friendly software tools and handbooks have had a great influence in the field.

The Institute of Timber Engineering and Wood Technology and the Competence Centre at the University of Technology in Graz also stand out by their application-oriented research. Both organisations provide the industry with technical support, testing and training.

– Gerhard Schickhofer’s passion and commitment to the field of CLT have played a key role in raising the profile of wood for the construction of massive and tall structures. His work has been seminal in interpreting the technological opportunities of CLT to architects and designers, says professor Johanna Buchert, chairperson of the Selection Committee.

Gerhard Schickhofer was born in Vorau in Austria in 1962. In 1994 he presented his PhD thesis on “Starrer und nachgiebiger Verbund bei geschichteten, flächenhaften Holzstrukturen” at Graz University of Technology. For this work he received in 1995 the Josef-Umdasch Award from an international group of wood and metal businesses based in Austria.

A scientific compilation of his work was published in 1996 with the title “Elastic Analysis of Flexibly Jointed Laminated Timber Plates”.

Gerhard Schickhofer received the Austrian Industrial Research Promotion Fund award in 1998 for his work on the first Austrian approval of CLT. Due to his contributions the first national guideline on CLT, the so-called Holzmassivbauweise, was published in 2002 and led to the acceptance of the engineered elements in multi-storey buildings.

Gerhard Schickhofer was appointed Professor and Head of the Institute of Timber Engineering and Wood Technology at Graz University of Technology in 2004.

Together with Reinhard Brandner he recently summarized the contributions of the Graz group in the publication “Cross laminated timber, CLT: Overview and development”.

Prior to publication, it must be approved by The Marcus Wallenberg Prize – MWP. 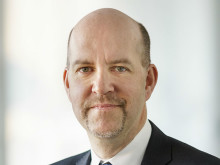 Professor Gerhard Schickhofer, the Institute of Timber Engineering and Wood Technology at Graz University of Technology, Austria, has laid the scientific and technological foundation for the development of cross-laminated timber, CLT. For his discoveries he is awarded the 2019 Marcus Wallenberg Prize of SEK 2 million.

The Prize a turning point

Receiving the 2019 Marcus Wallenberg Prize made Gerhard Schickhofer reflect on his career. – It is a situation to think about my work and future, he says. Last October Gerhard Schickhofer received the 2019 Marcus Wallenberg Prize from King Carl XVI Gustaf. The ceremony and following banquet took place in Stockholm, Sweden, with 350 guests from forest industry and forest research worldwide.