A strong and iconic shape that stands out in every room and at the same time a flexible and social team player designed to be combined in different formations. Jin Kuramoto’s Maki easy chair is a self-evident expression of his and Offecct’s design identity.

Jin Kuramoto’s Maki easy chair has a simple, innovative and self-evident form offering plenty of possibilities. It´s a solitary piece with clear iconic potential, but also designed so that multiple easy chairs can be combined, in a row or with the seats facing different directions.

“The concept of ‘diversity’ is important in Japanese culture, and also for me when I designed Maki easy chair. The chair has a strong and symbolic shape, while being flexible in applications and functions. It can be used to work, rest, meet and wait – as a lone icon with a strong personal presence or together in different formations”, says Jin Kuramoto.

The form offers active, flexible seating, which makes it natural to change position. The innovative backrest can also be used as support while standing. The unconventional shape with an open hollow space in the back is inspired by a maki roll – a production challenge requiring Offecct´s craftsmanship.

“The form is based on minimalism and rationalism, a design culture that is common for Japan and Scandinavia, while its scope of use is expanding towards a free diversity that is increasingly sought after in various public environments”, says Jin Kuramoto.

Bio Jin Kuramoto
Jin Kuramoto graduated from Kanazawa College of Art in 1999 and founded his studio in Tokyo in 2008. His innovative design focuses on strong, clear expressions, whether he’s working with furniture, home electronics, cars or fast-moving consumer goods. His clientele includes the companies Arflex Japan, Toyota, Nikon, Audio-Technica and Honda. He has previously designed the Jin chair, Wind table and Wind room divider for Offecct. 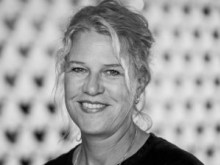 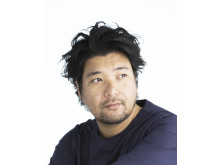 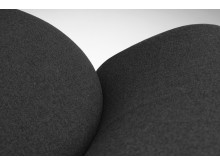 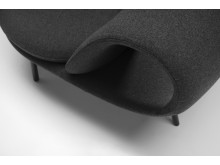 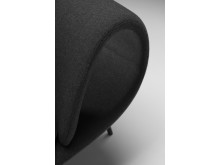 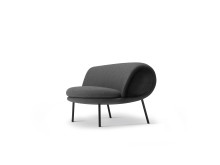 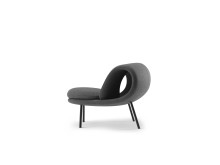 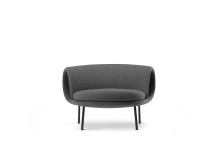 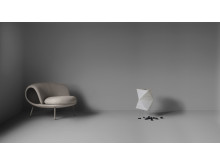 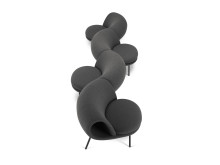 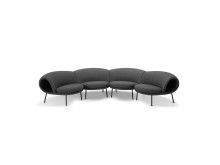 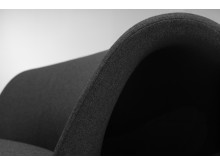 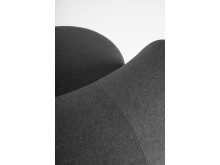 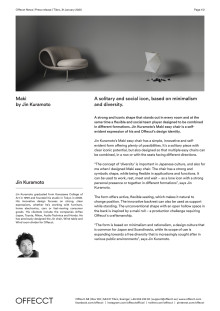 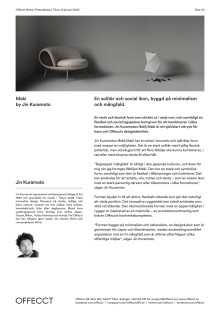