A road near the village of Mumaičiai in central Lithuania had become cracked and damaged over time and needed replacing. As it was also used by military traffic, the new road had to meet NATO standards, with a trafficking capacity of more than 1,000kN – a significant challenge, given the weak and variable underlying clay soils. 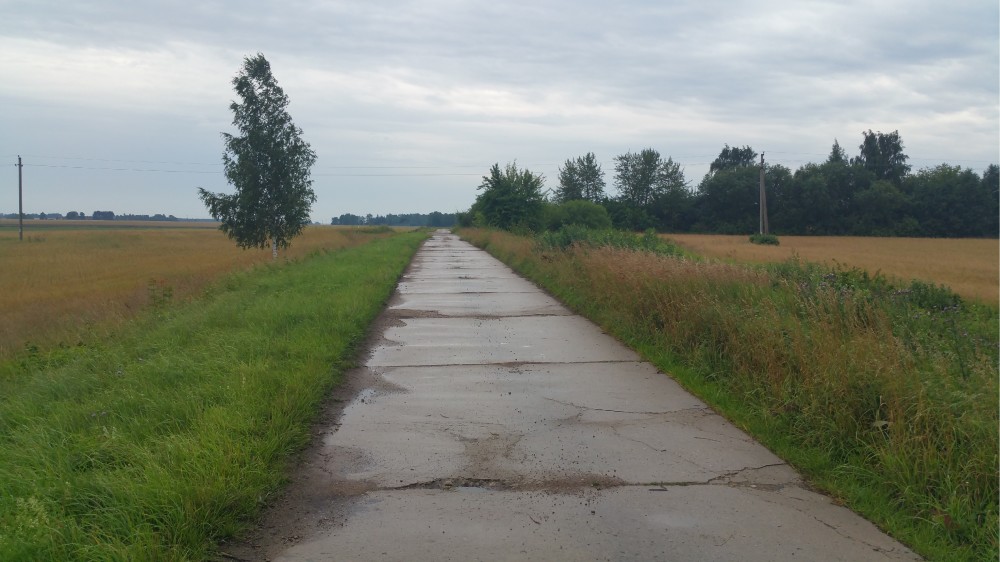 The road was damaged and needed replacing.

Because the new unpaved road was going to be used by both local traffic and military vehicles weighing more than 100t, it had to meet NATO’s Military Load Classification 120, ensuring it could support a maximum load of 1,086kN.

This was a significant challenge – ground investigations revealed the underlying clay soils were variable and very weak, with an average CBR of just 1.8%, making them unsuitable for carrying such heavy vehicles. And, because Lithuanian design guidelines use a CBR of 12%, it was going to be difficult to design, and check, a conventional ‘dig and replace’ approach.

Instead, Tensar and its Lithuanian partner Mosas developed a road pavement design that incorporated Tensar TriAx geogrid in both the road’s sand and gravel sub-base and in its top surface of crushed dolomite. These mechanically stabilised layers provided sufficient support for the very heavy loads and also mitigated the risk of damage through differential settlement of the weak soils below. A separation geotextile was placed on top of the ground to prevent fine grained material mixing with the road’s subbase.

Tensar and Mosas’ design overcame the challenge of following the standard guidelines that were unsuitable for the very weak subgrades, while delivering a long-lasting road capable of supporting the heavy military traffic for years to come.

The stabilising power of interlock

Granular materials can behave as liquids or solids – in an unconfined state they can be poured and will flow; if they are confined, particles jam together to form a solid.

Doncaster Metropolitan Borough Council chose vibro stone columns, instead of more expensive piles, to improve the bearing capacity of the weak ground beneath the approach embankments.

The cellular mattress created a stiff foundation layer, enabling the embankment to be built quickly, safely and economically and ensuring its long term performance

On-time delivery ensured for a wind farm in Dumfries and Galloway, Scotland

The ‘floating roads’ made capable of supporting the heavy construction traffic and performing throughout the wind farm’s operational life.