Malta aims at Becoming Centre of Innovation and FinTech

A FinTech Strategy was issued by the Malta Financial Services Authority (MFSA), showcasing Malta as a key player within the global FinTech market. The strategy was created after consultation with major stakeholder who also provided feedback on the proposal.

Feedback on the strategy was overall positive, indicating that the proposed initiatives satisfy the growing needs within the sector as well as supported financial and technological innovation. The strategy also follows trending movements in the industry through a six-pillar plan that focused on withstanding long-term developments. The launch of the Sandbox was noted to be significant in doing so. Along with the strategy, the MFSA also approved the first Virtual Financial Asset (VFA) Agents.

Stakeholders also provided feedback regarding the possibility of obstacles for service providers such as security issues. They also voiced concerns on resource availability for operators and the necessity to regulate arbitrage by such firms.

Despite this, the strategy has been received as one that seeks to establish an environment in which investors are protected as well as one that ensures innovation and financial stability. 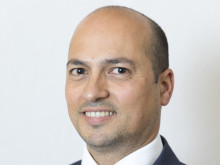 Steve and his team advise international clients on setting up their wealth structure or business operations and licensing requirements in... Show more

International malta based law firm, Chetcuti Cauchi Advocates was awarded Law Firm of the Year at the Malta Blockchain Summit. This is a testament to the continuous efforts made by the members of its team, as well as an indication of its leading position within the industry.

Chetcuti Cauchi Advocates has taken the initiative of producing a report which analyses the different approaches governments around the world have taken towards the Blockchain industry. By analysing such regulations, the report is able to determine the impact these will have on blockchain-based businesses.

Minister to give force of law to Malta Blockchain Acts

The Malta Financial Services Authority has announce the date in which Malta will be bringing into force the three blockchain acts. Operators will, therefore, be able to rely on secure legislation when setting up their blockchain businesses or when relocating to Malta once the laws come into force. This will also allow Malta to truly establish itself further as the Blockchain Island.

The Maltese Parliament has been the first to unanimously approve three blockchain bills. The unanimous approval was announced by Hon. Parliamentary Secretary for Financial Services, Digital Economy and Innovation Silvio Schembri on the 26th June. It has also been held that Mr Stephen McCarthy has duly been appointed the CEO of the newly established Malta Digital Innovation Authority.

Malta's strategy has the single and focused purpose of making Malta one of the first countries in the world to embrace blockchain and jump on the bandwagon of the new economy. The plan is for Malta to pioneer a change at EU level, with the goal of dubbing the EU as the 'Bitcoin continent'.

A blockc​hain consists of a distribut​ed ledger on a peer-to-peer network. The ledger is made up of transactions which take place on the same network. Transactions do not necessarily have a monetary value, and the word transactions is to be interpreted widely to mean any type of data transfer across such network.

The impact of blockchain on the financial services sector

​Blockchain​ technology is transforming the financial services industry and creating opportunities for both new and established players. Blockchain's ability to provide a new form of distributed database or ledger could be applied across a broad range of applications in financial services. 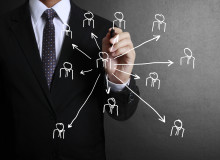 What Is blockchain technology?

Blockc​hain is a secured and reliable distributed ledger technology, operating on a peer-to-peer network to be validated without the need for an intermediary, thus ensuring traceability and transparency. Similar to the rising of t​he internet, blockchain has the potential to truly disrupt multiple industries and make processes more democratic, secure, transparent, and efficient.

The distributed ledger makes it possible to connect all the parties in a financial​ trade in real time for faster processing of a payment – all while maintaining an audit trail. As such, it is virtually impossible to change or control the data, since processing is distributed over the network. This is vital in preventing fraud or a security breach. 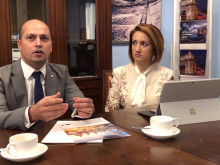 The VFA Act and the ITAS Act officially set up the legal framework which will regulate DLTs in Malta. By setting out clear definitions an...