Yvan Serrano aka Healer Selecta is one of those multi talented characters in music who has blazed his own individual and highly independent trail right from the outset. Founder, guitarist, producer of Dustaphonics, DJ record collector, producer (The Arrogants, Hoodoo Tones, etc..) host of the celebrated artists collective Raison D'Etre London and Lille-Roubaix Vintage Weekender in France. 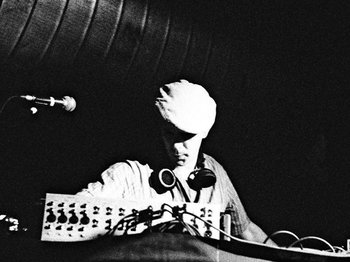 Yvan left the garage rocknroll circuit in the late 90’s and has become a professional DJ in the London’s clubs circuit (Resident DJ Madame Jojos, Cargo, Jazz Cafe, Blues Kitchen, etc..) he is one of the of the key figure of the London’s vintage club scene, dubbed by Time Out London Magazine as "Hero with a record box", where Healer Selecta goes the party is sure to follow”.