ESVAGT is bursting at the seams on the Adgangsvejen and is now building a new domicile on the quay side. Occupation will be in summer 2014.

ESVAGT has seen several newbuildings in recent years where the company has launched scores of vessels.

The next newbuilding will be onshore. ESVAGT has purchased the IAT base and warehouse at the Dock Harbour and here the new HQ with space for about 70 staff will be erected together with considerably improved workshop and storage facilities.

- We are full to capacity here and have for some time been looking for an alternative, says Bjarne Poulsen, Chief Financial Officer in ESVAGT.

- We have had a wish to bring all activities together under one roof and at the same time make more space for the growth we have seen and expect to continue in the years to come. At the same time we get a unique position as our change vessels can dock next to our onshore facilities and thus create a possibility for a closer connection between our sailors and the onshore organization. To add to this as far as administration and workshop and storage facilities are concerned, our present conditions are far from optimal, so we kill three or four birds with one stone, he says.

The domicile will be just under 2,000 sq m against the 850 in the old sailor home where ESVAGT is now based with its administration. The workshop and warehouses that are on the site at the Dock Harbour today will have to be renovated and that will add another 2,200 sq m warehouse and workshop against the 800 sq m that we have today. In all ESVAGT has rented 18,500 sq m land from the Harbour Authorities and also the first right of using the quayside of the inner section of the Western Dock Quay. 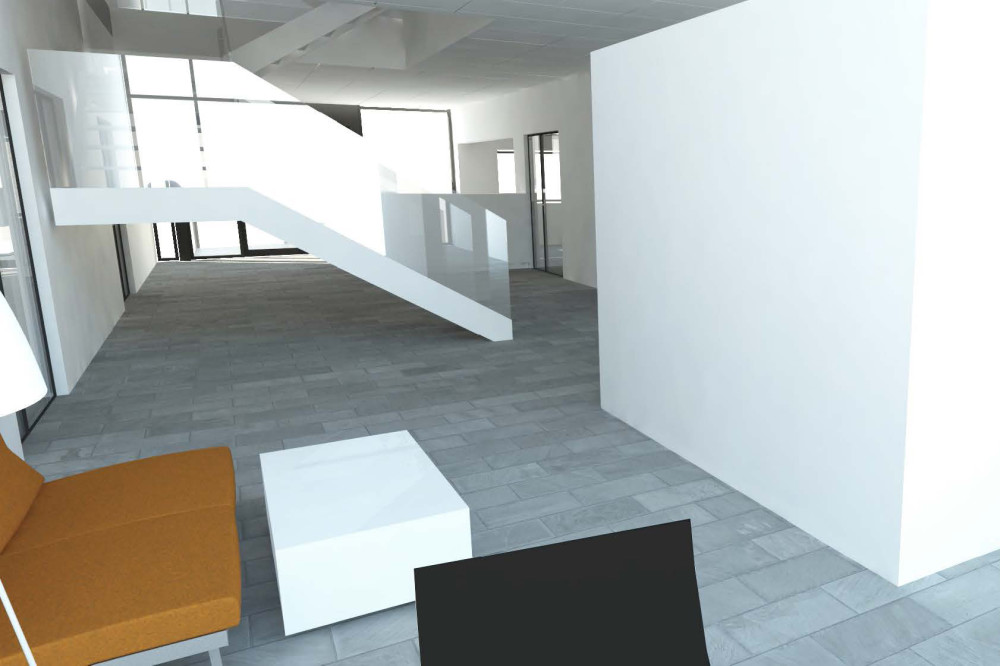 - This is a significant increase in space, but we have been in need of this for a long time. With the new domicile we are future-orientated, for we have considered both the present shortage of space and the growth and continued expansion that we expect, says Bjarne Poulsen.

The ESVAGT premises at Fiskerihavnsgade have been sold already, and the administration at Adgangsvejen is just being made ready for sale. The construction of the new administration building is expected to be concluded in summer/autumn 2014.

ESVAGT’s crew change vessels will get a fixed base midway between logistics, the office and the workshops.

ESVAGT has moved into new premises

ESVAGT has put its new office buildings at Dokhavnen into service.

The City Foundation at the County of Esbjerg, Esbjerg Kommunes Byfond, has awarded ESVAGT’s new premises an award for ‘striking commercial premises in a unique location.