No Yes
An FRB was ready to transport a few Fulton students over to the 'Esvagt Carpathia'.

ESVAGT’s cooperation with the schooner Fulton has led a few young people to dream about a life as seaman.

‘I have never seen myself as a seaman, but after having seen and touched this profession, I am strongly reconsidering’. 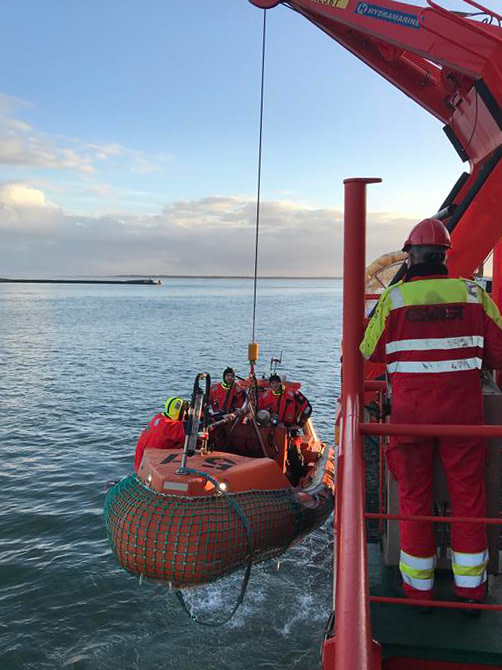 This was the clear message that the captain on the Fulton, Benny Lillie Mørk, received when three aspirants returned from the schooner after a visit on the ‘Esvagt Carpathia’. An FRB picked up the three young people in the morning, enabling them to spend the day with the crew on board the ‘Esvagt Carpathia’. This provided them with an inspiring understanding of the profession:

‘They were absolutely excited for this line of work and for the involvement they experienced on board the ‘Esvagt Carpathia’. One of the three students said: “I have never heard a peep about this at school. But I want to be a seaman”! The students were met with a dedicated and inspiring crew, who took them seriously and who spent their time showing them a career and a life that they can identify with’, says Benny Lillie Mørk.

They have to feel welcome

And this is the spirit and intention behind the cooperation “Esbjerg’s Seamen”, which ESVAGT, together with the Lauritzen Fund, Fulton and the municipality of Esbjerg, is part of:

To see oneself as a seaman.

Michael Bysted, captain on the ’Esvagt Carpathia’, is pleased by the successful encounter. 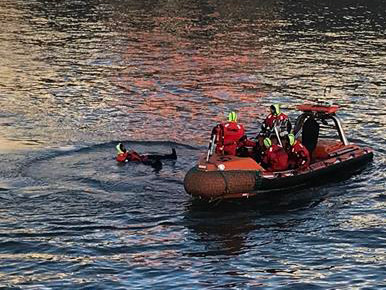 ‘We hoped to show them what life on board is like, and it sounds like they had a positive appreciation of it. Our first mate Frederik Rønn was previously on the training ship Danmark and he showed them around, and everybody received the students with open arms’, says Michael Bysted:

‘We performed a risk assessment on them and explained that they would be thrown into the water to try out the suit, just like they had the chance to get a ride in the FRB’, he adds.

“Esbjerg’s Seamen” aims at breaking the negative social legacy and help young people into education and work – and it works. Since 2017, the project has all in all had 16 aspirants through, and this has kickstarted-related seaman thoughts for many, says Benny Lillie Mørk:

‘It means a lot for these young people to be able to identify themselves with a job and a role. On their own, they find the courage to walk down that path. Four of our students are currently in maritime training and a fifth is on his way’, says Benny Lillie Mørk.

Two of the Fulton guys will soon become ESVAGT colleagues, and Recruitment & Training Manager Tina Halkjær Nielsen is certain without a shadow of a doubt that the effort made by the crew on the ‘Esvagt Carpathia’ was a decisive factor:

‘It is a pleasure to have a crew that fully embodies the ESVAGT spirit and acts as ambassador. They give a real life image of how it is to be part of a crew; they show the vessel and their daily life, and convey a impression of how they are as seamen and colleagues. This makes it easy for the students to identify with ESVAGT’, she says.

ESVAGT, together with the Lauritzen Fund, Fulton and the municipality of Esbjerg, has entered into a project to break negative social legacy and help young people into education and work.