No Yes
ESVAGT's concept for servicing offshore wind farms the last decade has made the company European market leader. ESVAGT is entering the US by establishing a joint venture in the US in order to also be able to service the expansive US market.

Great potential for ESVAGT in US wind

The Eastern Seaboard in North America is home to one of the fastest growing global markets for offshore wind.

More than 25 GW of offshore wind has already been projected and much more is on the horizon; the Americans’ ambition to produce 86 GW of green offshore wind energy by 2050.

That is four times the level currently produced offshore in Europe.

This growing market has led several Danish park operators and wind turbine manufacturers to establish themselves in the US and to encourage their European suppliers to follow suit and help establish the logistics, infrastructure, and supply chain of competent partners necessary to fulfill the ambitions.

ESVAGT, European market leader in offshore wind, has thoroughly prepared for this call, and now, the Danish company is establishing itself in the United States, setting up a joint venture operation with the American Crowley group based in Jacksonville, Florida.

‘The US has ambitions to develop offshore wind to a level that matches the current level in Europe. If you consider yourself a key player in the green transition, and at ESVAGT we do just that, you want to take part in fulfilling those ambitions’, says ESVAGT’s CEO Peter Lytzen:

‘Offshore wind has evolved from a European project to a global industry. Naturally, we look at how we can expand and join our customers on new markets with potential, and the United States certainly falls into that category’, he says.

The Jones Act is demanding

Most likely, the many GW of offshore wind energy planned in the US will be commissioned by experienced European companies with the right knowledge and track record.

‘There is a critical mass and a green ambition one can only admire. In addition, the American market is characterized by players we have worked with for many years in Europe. We know that they value a safe, efficient and competent partner in building a new, green industry and we are confident our SOV concept (Service Operation Vessels for servicing offshore wind farms), experience and competencies can make a positive difference in the US’, says Søren Karas.

However, establishing a US operation is far from easy.

With ESVAGT carrying Danish flag, a primarily Scandinavian crew and a fleet of vessels built in Norway, Singapore, Spain and Turkey, compliance with the Jones Act is no easy feat, Søren Karas emphasizes:

‘It is cumbersome and a hassle, and that is just the way it is. We have gotten to know our legal team a lot better. However, the many in-depth, detailed discussions have also helped to clarify for all of us how we want to work as a joint venture,’ says Søren Karas.

Peter Lytzen, who has experienced the joint venture process before, agrees:

‘Much of what we have done in order to operate under compliance with the Jones Act is also relevant to the partnership itself. A joint venture is a marriage and spending a lot of time solving a difficult structural task together is not a bad thing for the further process,’ says Peter Lytzen.

ESVAGT has collaborated with the Danish embassy to find the right partner for a joint venture. The list of formal requirements, wishes and thoughts about what the ideal partner should look like has been long: 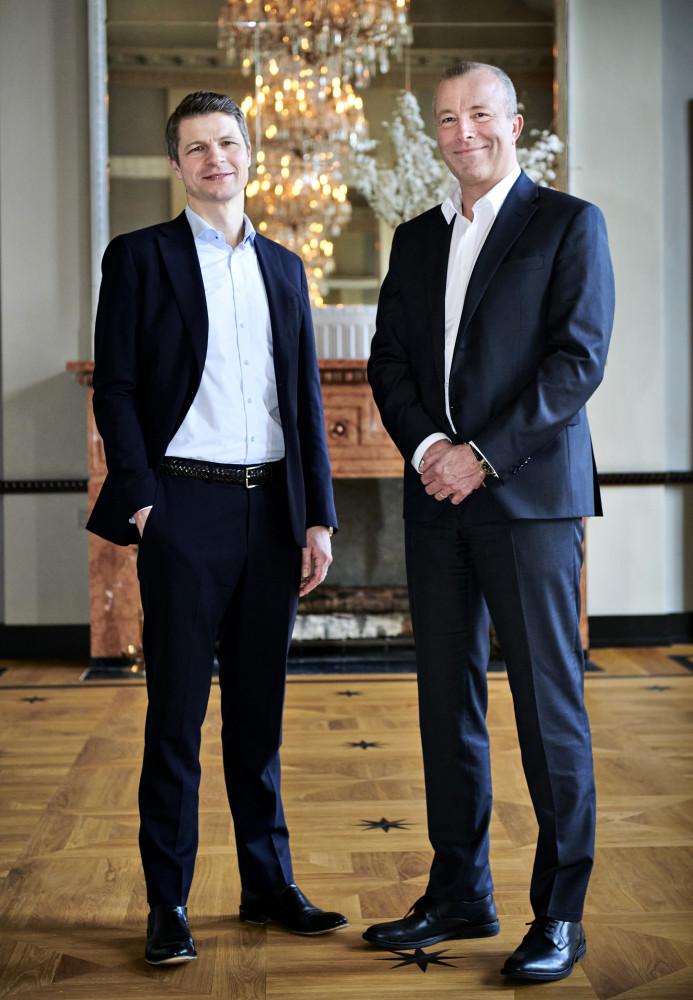 ‘At the beginning of such a process, it is facts and checklists: We are looking for a match on our desires for infrastructure, access to competencies and a strong local network for example. That part is relatively simple,’ says Peter Lytzen:

‘It is more difficult to formulate how the ideal partner should act and condone itself. ESVAGT is a company based on a strong set of value principles, and it was probably implicit that our partner should be, too. We have sought a partner where we can recognize our set of values in theirs,’ he says.

That part has been challenged by the restrictions that the corona pandemic has brought with it.

‘Spending time together – not least informal time – is the best way to establish that bond; to get a sense of the ethics and values of a potential partner. It is difficult to get that through a set of Teams Meetings,’ says Søren Karas:

‘We have found, however, that Crowley and ESVAGT have many common points of reference. We especially share the core values of safety and quality,’ says Søren Karas.

ESVAGT is a dedicated provider of safety and support at sea and services both the offshore wind industry as well as the oil & gas industry.

ESVAGT was founded in 1981 and has a fleet of more than 40 vessels and approximately 1100 employees offshore and onshore.

Crowley, ESVAGT to Partner to Add Vessel and Service Capacity for the U.S. Offshore Wind Industry

Even though Covid-19 restrictions have turned everyone’s lives upside down and test flexibility to the limits, ESVAGT employees are positive and satisfied. ‘The team spirit they are showing is impressive,’ says Chief Human Resources Officer.

Ready vessel: Despite both a lengthy corona shutdown and financial problems for the shipyard, ESVAGT’s SOV newbuilding 'Esvagt Schelde' is now ready to start working for Vestas at Borssele 3-4 and Northwester 2 wind farms.