No Yes
The 'Esvagt Dana's gangway can operate to both sides and safely transfer technicians to the offshore wind turbine.

The ‘Esvagt Dana’ gets the job done

The Baltic Sea was the perfect element for the ‘Esvagt Dana’, which has proven its worth as a SOV despite tight storage facilities.

In early spring, the ‘Esvagt Dana’ began her third charter as an SOV - this time in the Baltic 2 offshore wind farm in the Baltic Sea. 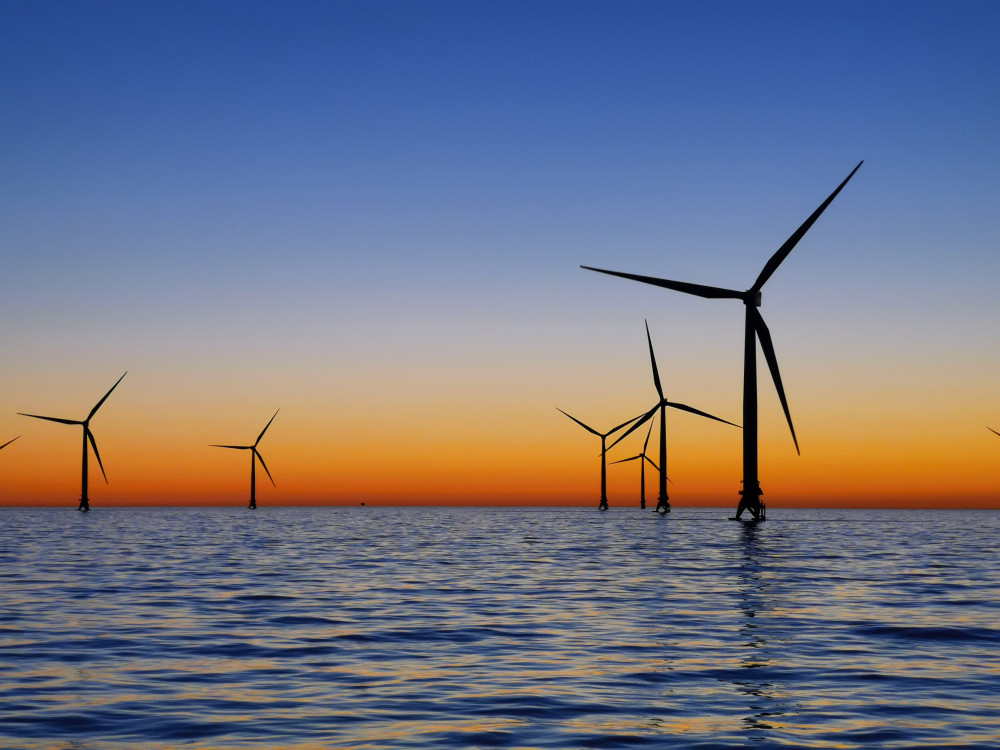 The 'Esvagt Dana’, originally designed and built as a crew change vessel, has adapted well to the new role.

"There is slightly less space for cargo goods on the deck of the 'Esvagt Dana' compared to ESVAGT's other SOVs, but otherwise there is not much difference", says captain Viggo Hvidberg:

"We have become accustomed to working around the challenges it can present and just get on with the job. And it has worked well", he says.

“The limited storage capacity has been the biggest headache. Other than that, the vessel has performed well”, he says:

“Depending on the work you need to do, the lack of space can be limiting factor, and were you to do a lot of repairs in a wind farm and in need of additional storage for spare parts, then it becomes an issue. But for servicing and more standard campaigns the vessel works very well. We have been operating at full capacity with close to 40 personnel on board in the last weeks, and with an eye for optimising the usage of space, the operation has run smoothly”, says Daniel Fisher.

Siemens Gamesa has previously chartered the special build SOV ‘Esvagt Froude’, and according to Daniel Fisher the ‘Esvagt Dana’ is not too far off that mark. 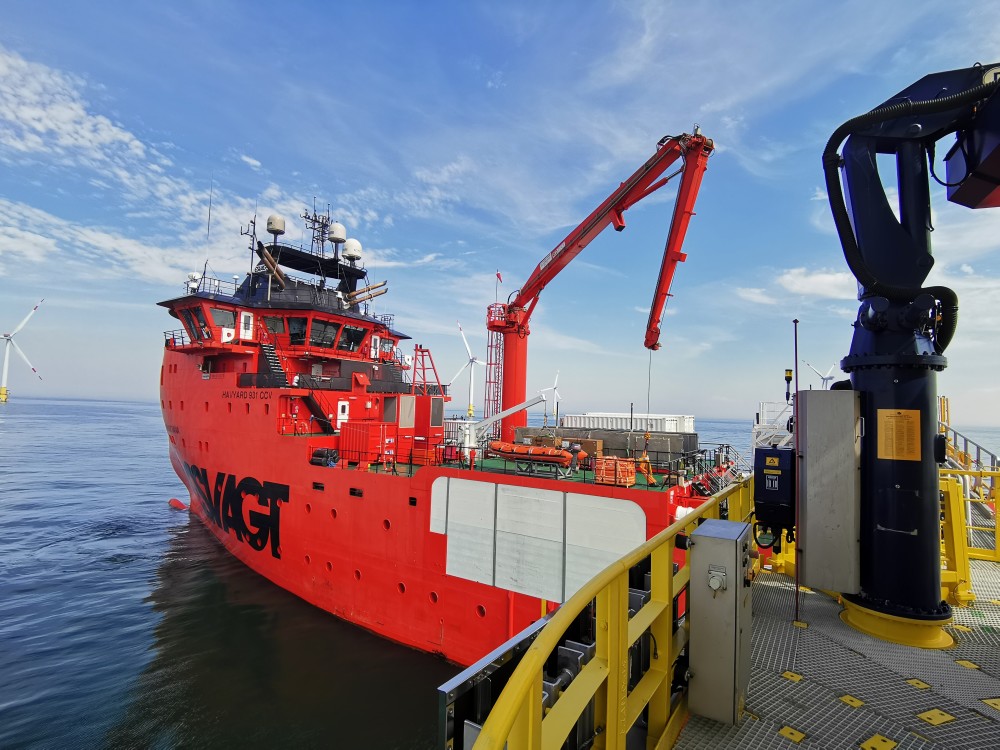 “In terms of accessibility to the wind turbines via the gangway, the ‘Esvagt Froude’ offers a bit more stability and is faster in connecting with the turbine than the ‘Esvagt Dana’. But the ‘Esvagt Dana’ makes up for it with gangway access to both sides and an improved crane”, says Daniel Fisher.

The crane can lift 3 tons at twenty meters, enabling the vessel to deliver cargo at the turbine.

“It is very effective and combines well with the STB12 in creating an efficient operation”, says Viggo Hvidberg:

"Often we were able to put three or four teams of technicians on the turbines in the park with our STB12 within an hour", says Viggo Hvidberg.

Prior to the assignment in 'Baltic 2', the 'Esvagt Dana' has worked in the offshore wind farms Mercur and Horns Rev 3. The vessel has also shown its great flexibility by performing a successful job as a diving ship and base for Vår Energi's operations in the Goliat field.

“We have tried the ‘Esvagt Dana’ in quite a few scenarios now, and it is a very versatile vessel”, says Viggo Hvidberg.

Together, ESVAGT, Siemens Gamesa and Ørsted are developing a drone-based solution for the delivery of spare parts and tools from vessel to offshore wind turbine.

With the ‘Esvagt Albert Betz’, named in Eemshaven earlier today, ESVAGT solidifies its position as market leader on the SOV wind market. The vessel will service the wind farm Deutsche Bucht for MHI Vestas over the next 15 years.

As new Head of Business Development, Core Business, Thomas Fauerby will work very closely with the needs of ESVAGT’s customers.

ESVAGT grows stronger thanks to smart use of data.

The ’Esvagt Dana’ supports Siemens Gamesa in the Baltic

The ’Esvagt Dana’ is back in the Baltic 2 offshore wind farm to support Siemens Gamesa during maintenance work.