Two new vessels delivered to ESVAGT – within the same week

The latest two new builds for, respectively, the offshore wind and oil and gas sector brings the ESVAGT fleet up to 43 vessels.

Summer holidays are far from ESVAGT's programme as they enter July.

On Wednesday, the new build, ’Esvagt Dana’, was delivered by Zamakona Shipyard in Bilbao, and on Thursday, ESVAGT took ownership of the H-053 new build from Cemre Shipyard in Turkey. This means that ESVAGT starts the summer with two new vessels – both delivered in the same week – and a fleet of 43 vessels in total:

The new builds are a CCV (Crew Change Vessel) that however will start operation as a SOV (Service Operation Vessel), during the summer, and an MPV (Multi Purpose Vessel), which will service Hess’ oil/gas production in the Danish sector. Both vessels will enter charter over the summer. 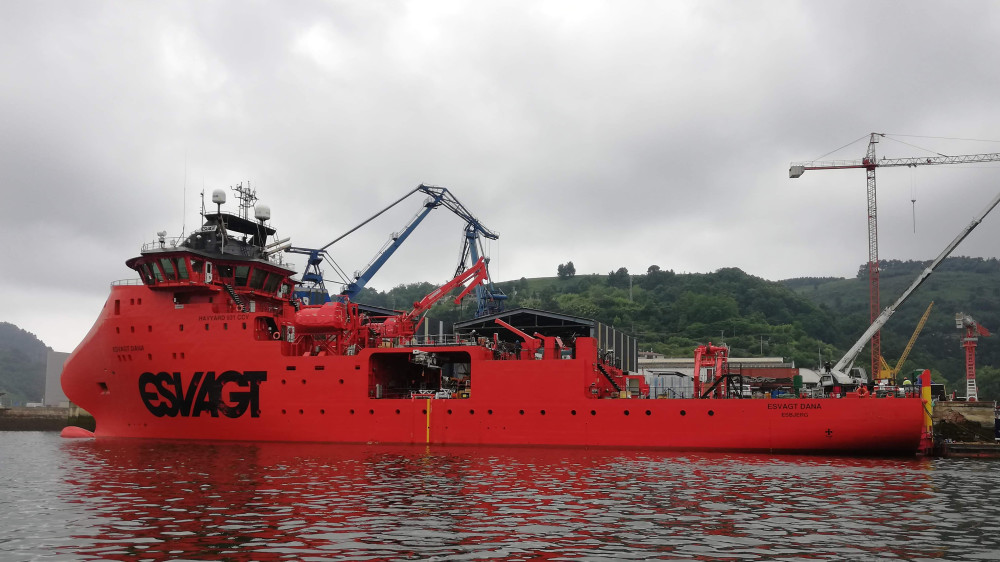 'Esvagt Dana' - a CCV (Crew Change Vessel) that will be modified to temporarily operate as SOV (Service Operation Vessel) during this summer.

ESVAGT's new, ultramodern MRV, the 'Esvagt Innovator', enters into contract for Hess on the South Arne field in July.