No Yes
In the words of CEO, Søren Nørgaard Thomsen, ”it was an incredibly lucky Dutch skipper” that the crew from the ’”Esvagt Connector” rescued from the North Sea on 9 Sep 2015. The crew received thanks and tokens of appreciation in memory of the rescue.

“We feel very humble about it. It was a fantastic team effort where everything came together – but it was also luck.”

This is how master Signar Persson from the “Esvagt Connector” describes the rescue operation on the 9th of September 2015 when a Dutch skipper was found and rescued in the North Sea.

The fisherman was wearing black jogging trousers and a dark blue t-shirt – and was far away from the position received in the mayday call. Yet they still managed to find him. Lucky, certainly – but as tennis player Björn Borg once said about luck, he had noticed the more he trained the luckier he became. The “Esvagt Connector” can identify with this experience. 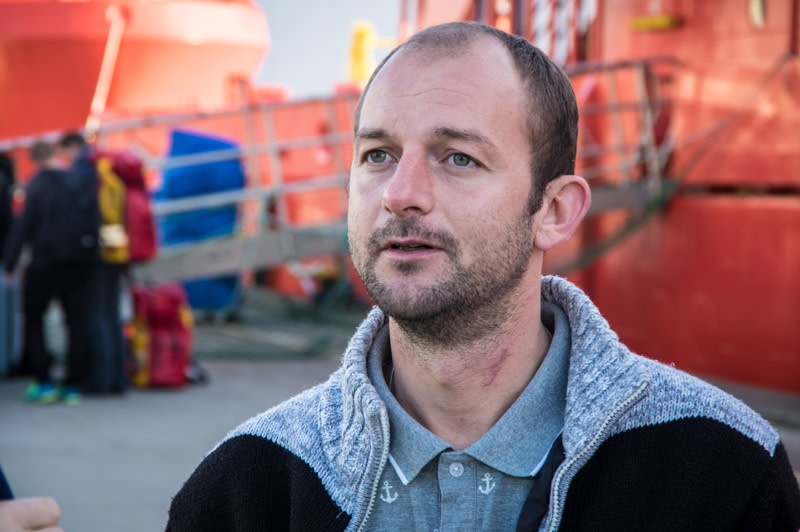 ”Our training really showed. All ten men became completely focussed on the task and were in rescue mode from the very first second. There was no panic, no shouting and screaming – everyone knew that their colleagues were doing their jobs properly. You never really know how you will react when something happens until you are there. I am very pleased that we reacted as we did. Many years of experience and cooperation paid off,” says Signar Persson.

“We were in the middle of training when the mayday came in. It seemed like we all stay in training mode even though we were in a real rescue situation. The total calm shown by all colleagues was incredible – everyone knew what to do,” he says.

The man was spotted from monkey island on the mother ship, the “Esvagt Connector”, after which the chief officer and first mate jumped into an FRB and pulled the Dutch skipper out of the water. 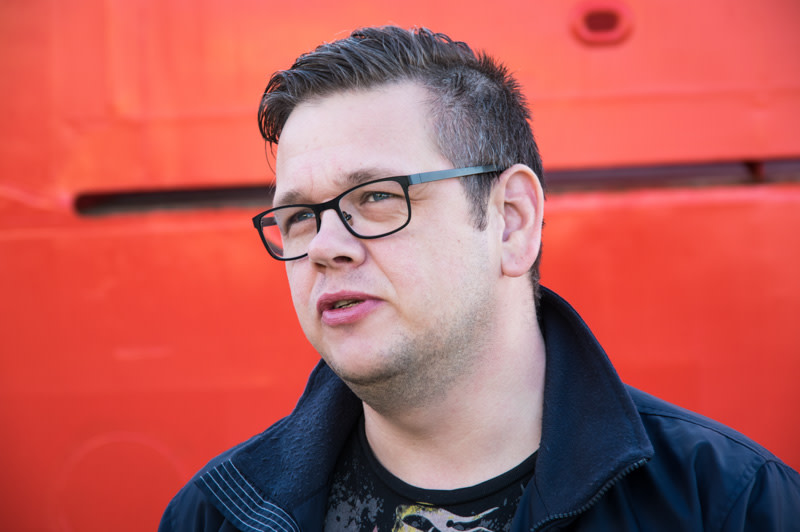 “Asmus got hold of him and I helped to pull him up. He was exhausted. One of the first things he said was that the first rescue boat sailed past and then he saw and heard the helicopter fly past. It must have been incredibly hard, psychologically,” says Hedin Jørgensen.

From seeing the skipper from the fishing boat from the “Esvagt Connector” to having him on board the vessel took a mere two minutes. He was taken to cabin, given warm clothes and was slowly warmed up. He was offered a drink and ask for coffee but was shaking too much to drink it. He was worried about his crew and asked whether they knew that he was safe – and was informed that they had been told.

Within quarter of an hour, the skipper had been seen by a doctor from the helicopter. The doctor remained on board while the helicopter refuelled, after which it returned and collected the doctor and the skipper to fly him to a hospital on dry land for observation. The “Esvagt Connector” could then hurry back to its charter.

“My reaction didn’t come until the helicopter flew off with him on board,” says Hedin Jørgensen:

“I felt relief. We were happy because everything had gone so well. We had been lucky – not heroes – but we also know that what we did something that not everyone can do and we did it well,” he says.

Solid example of the ‘ESVAGT Standard’

The identity and values behind the shipping company are united in the ’ESVAGT Standard’. The latest rescue operation in the North Sea shows that this standard lives and thrives.

An exhausted Dutch fisherman was saved in the North Sea by an optimal rescue effort.